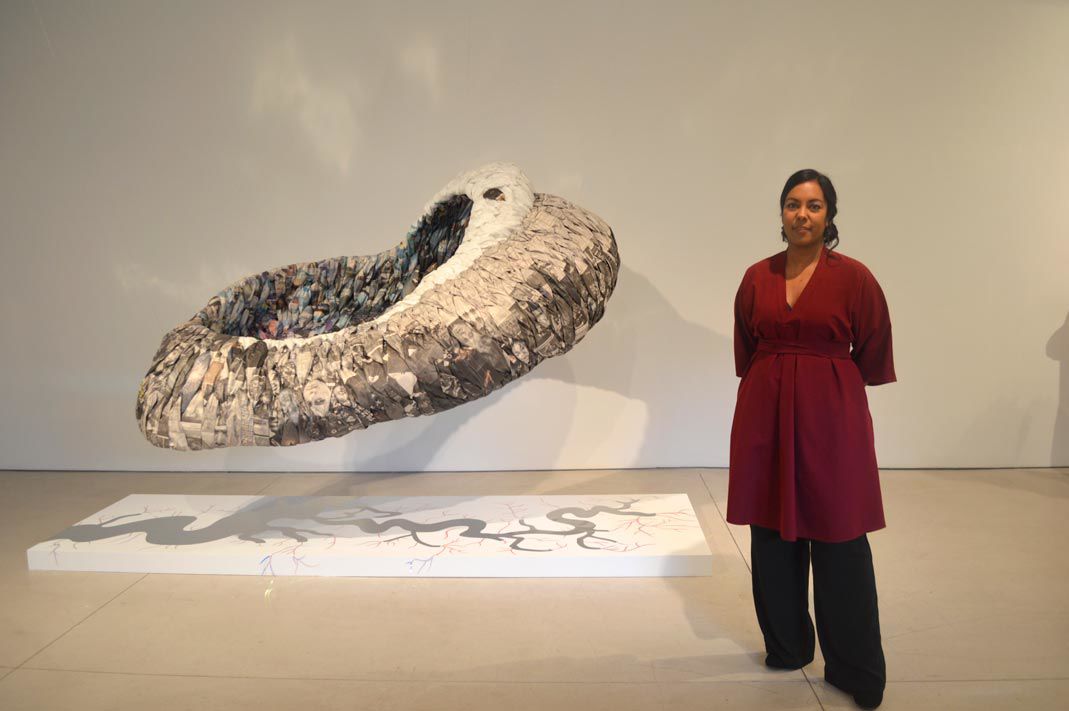 The exhibition, curated by Nadine Braquetti, above, features work from six artists, including Erin Turner’s “Ephemeral Streams and Waters of the U.S.” 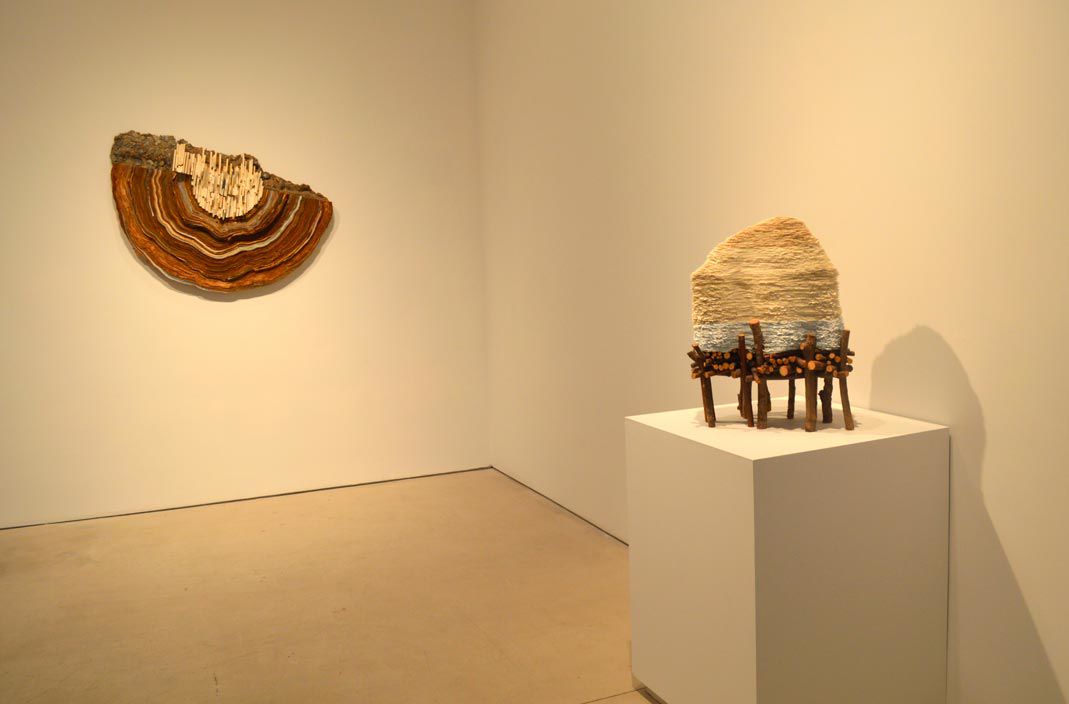 The exhibition, curated by Nadine Braquetti, above, features work from six artists, including Erin Turner’s “Ephemeral Streams and Waters of the U.S.”

The Dorsky Gallery’s newest exhibition, “Poem of the Earth: From Ego to Eco — An intergenerational exhibition of Ecopoetic Art,” wants you to pause your daily rush and focus on the present if just for a moment.

The exhibition, which opened in Long Island City on Jan. 26 and will remain on view until April 5, presents artwork with an ecocentric approach and explores themes of cyclicality and time, as well as humanity and nature. Through their ecopoetic works, the featured artists aim to stimulate a connection with nature and imply the idea of rhythm and the concept of a cycle.

“This idea is extremely timely,” said David Dorsky, chairperson of the selection committee. “That it has to do with environmental issues, social issues, the general idea that we are all connected on this planet. Plants, animals, people, everything — that it’s all one ecosystem and that it’s the only planet that we have.”

Curator Nadine Braquetti selected the artists based on their “appreciation of the interdependence between human and non-human, as well as an awareness of the cycles of life and nature.” The title of Braquetti’s show comes from Walt Whitman’s poem “The Voice of the Rain.”

“It’s about the rise of rain and the cycle of water, so the rain would rise as vapor out of the sea and form the clouds and go back as rain into the soil to give life to the seed and complete the cycle,” said Braquetti. “This idea of cycle is important and what these pieces are all about ... it’s a return to nature.”

A sculpture by Lena Miskulin, “Ancestry“ (2018-2020), is the first piece visitors see upon entering. A lace dress created from organic and recycled materials stands suspended above living plants that grow into the piece and onto the floor. The figure is based on a synergy between the artist and natural elements — the plants depend on Miskulin for care, but they are of their own autonomy and can grow to transform the sculpture, potentially overtaking the dress.

The gallery features two separate works by Alan Sonfist, the first of which is a 1971 series, “Leaf Met the Paper in Time” Nos. 1, 2 and 3. Each piece features a single real leaf placed on a sheet of dyed paper. Over time, the leaves shrivel and lose color, but the manmade paper remains intact.

Sonfist’s second featured work is “For Rock Monument of Manhattan” (1980). Sonfist collected stratified stone that was drilled from between zero and 120 feet below ground level in various locations across Manhattan to show the geological history of the city. Both of Sonfist’s works aim to allow for a direct encounter with nature within the gallery and to have visitors contemplate the human impact on the environment.

A giant sculpture made of recycled newspapers, chicken wire and reflective material, “Ephemeral Streams and Waters of the U.S.” (2020) by Erin Turner takes a political stance. It acts as a response to the Trump administration’s new Clean Water Act rules, which exclude rainfall streams from consideration as Waters of the U.S., which perpetuates the idea that waterways are individual and separate entities. Turner visually links the stream and the cloud as inseparable entities, and invites the audience to be aware of the power relationship that the government has with the environment.

In the main gallery stand three works by Steven Siegel, “Loom,” “Tiles” and “Paper #3.” All made from newspaper and various materials such as stone, tile and wood sticks, these works reflect Siegel’s questioning of the boundaries between natural and manmade. Siegel’s methodical and repetitive activity that went into the pieces pay homage to nature’s own methodology.

Furen Dai’s 10-minute video installation was made specifically for the exhibition and closes the gallery. “One Hundred Thousand Whys” takes the audience through an intimate walk through the city, closely focusing on the landscape, its inhabitants and their interactions. A voiceover questions everything from the sky color to human behavior to encourage the audience to reflect on their own their sensory perceptions.

‘Poem of the Earth’

When: Through Sun., April 5