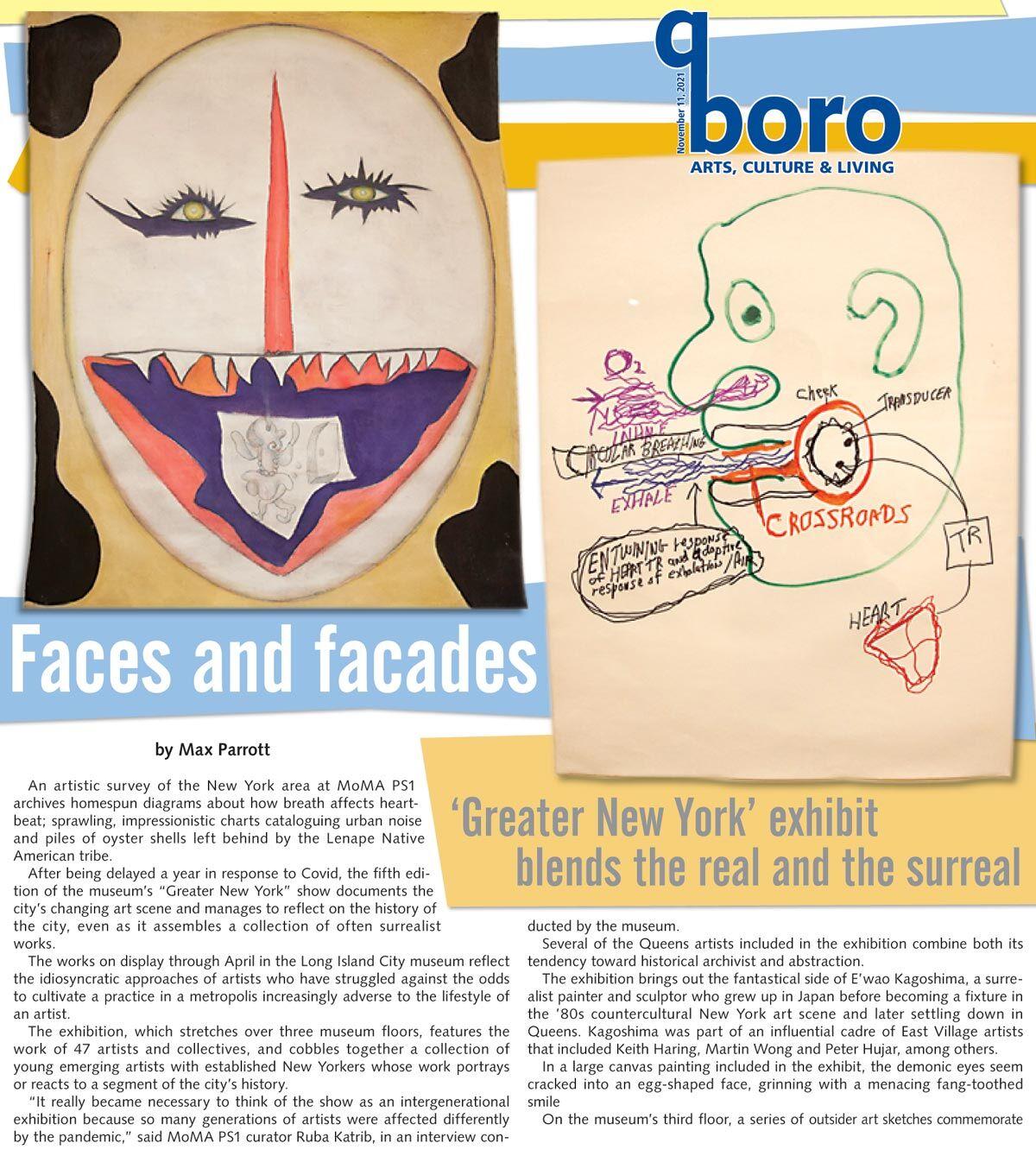 A demonic creature grins as part of a series of paintings by E’wao Kagoshima, left, and a sketch from Jamaica artist Milford Graves that honors the jazz percussionist’s legacy. 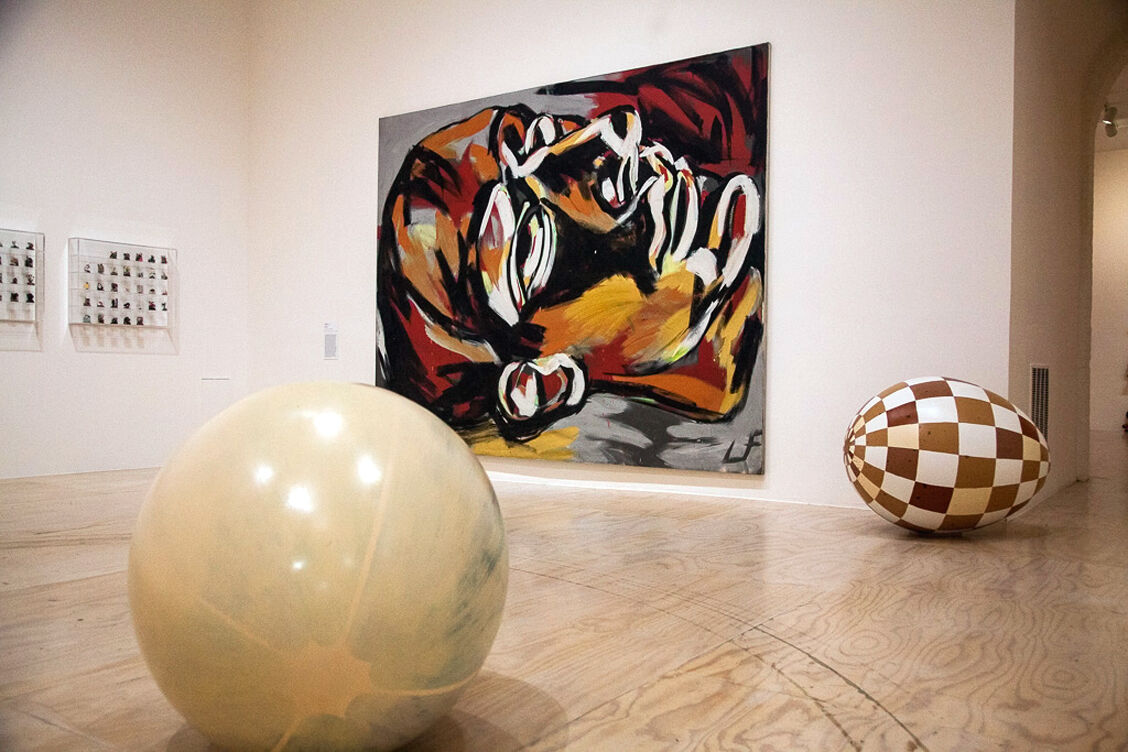 A demonic creature grins as part of a series of paintings by E’wao Kagoshima, left, and a sketch from Jamaica artist Milford Graves that honors the jazz percussionist’s legacy.

After being delayed a year in response to Covid, the fifth edition of the museum’s “Greater New York” show documents the city’s changing art scene and manages to reflect on the history of the city, even as it assembles a collection of often surrealist works.

The works on display through April in the Long Island City museum reflect the idiosyncratic approaches of artists who have struggled against the odds to cultivate a practice in a metropolis increasingly adverse to the lifestyle of an artist.

The exhibition, which stretches over three museum floors, features the work of 47 artists and collectives, and cobbles together a collection of young emerging artists with established New Yorkers whose work portrays or reacts to a segment of the city’s history.

“It really became necessary to think of the show as an intergenerational exhibition because so many generations of artists were affected differently by the pandemic,” said MoMA PS1 curator Ruba Katrib, in an interview conducted by the museum.

Several of the Queens artists included in the exhibition combine both its tendency toward historical archivist and abstraction.

The exhibition brings out the fantastical side of E’wao Kagoshima, a surrealist painter and sculptor who grew up in Japan before becoming a fixture in the ’80s countercultural New York art scene and later settling down in Queens. Kagoshima was part of an influential cadre of East Village artists that included Keith Haring, Martin Wong and Peter Hujar, among others.

In a large canvas painting included in the exhibit, the demonic eyes seem cracked into an egg-shaped face, grinning with a menacing fang-toothed smile

On the museum’s third floor, a series of outsider art sketches commemorate the legacy of Milford Graves, a pioneer of free jazz percussion and a figure of the Black Arts Movement, who grew up in the South Jamaica Houses and lived in the Queens neighborhood most of his life.

The sketches reflect Graves’ contributions as a botanist and researcher outside of his musical work. Graves studied the relationship of human heartbeats to music and its therapeutic potential.

He died this past February after he was diagnosed with amyloid cardiomyopathy, a cardiac condition that causes a stiffening of the heart muscles.

The collection also features the work of Rosemary Mayer, who was born and raised in Ridgewood. One of the drawings included in the exhibit lies somewhere between the bursts of color of the abstract expressionist and the record-taking of a journal entry. The drawing follows a process of illustrating instances of urban noises like sirens, yells and whirring sounds throughout the hours of the day with deep reds, purples and bright yellows.

One of the show’s contemporary artists, Alan Michelson, on the other hand, used his multimedia contribution to explore the history of the city’s indigenous Lenapehoking population, with an installation called “Midden,” which was commissioned for the exhibit.

The installation projects video footage of the modern-day Newtown Creek and Gowanus Canal waterways, lined with Home Depots and container ships, onto a jagged pile of oyster shells. “Middens,” Native American monuments made of the oysters, would have been situated along the city’s coastal areas before the Dutch first arrived. A mournful tribal chant reverberates through the room as industrial imagery shows on the Michelson’s midden recreation. To source the shells, he collaborated with the Billion Oyster Project.