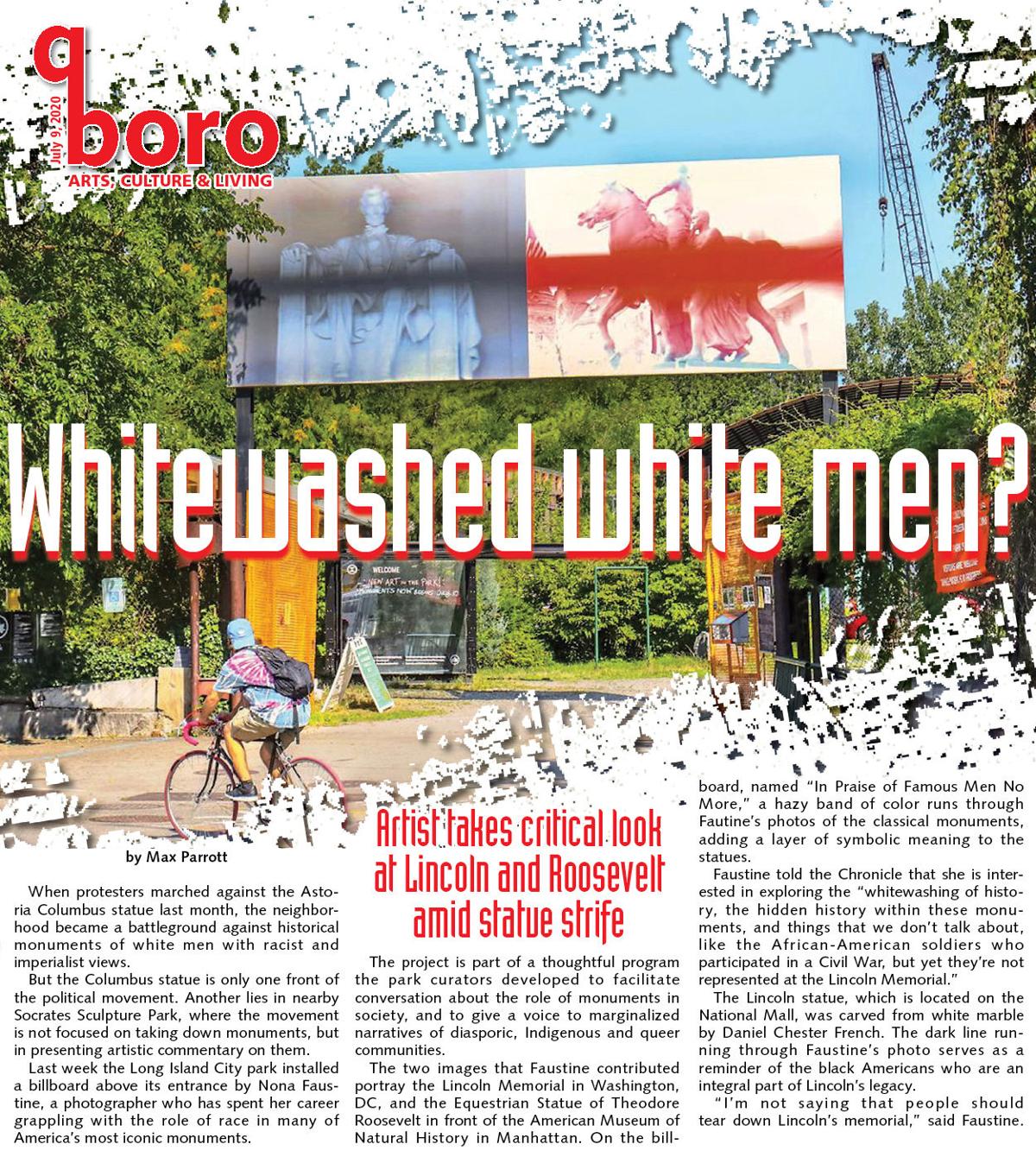 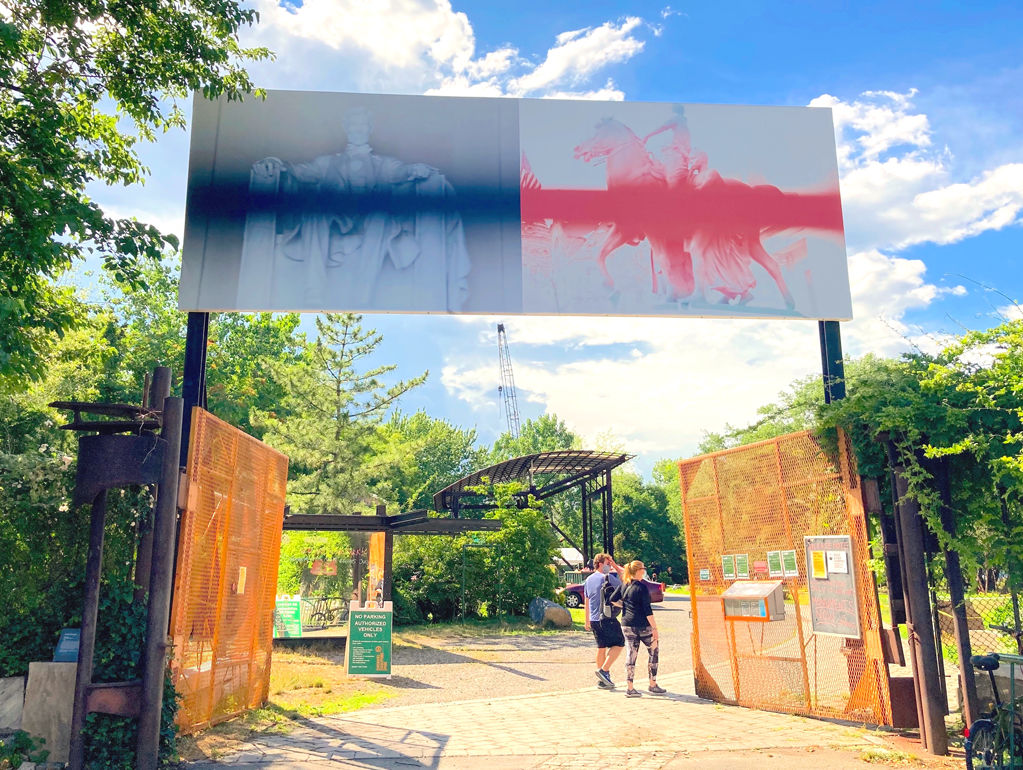 When protesters marched against the Astoria Columbus statue last month, the neighborhood became a battleground against historical monuments of white men with racist and imperialist views.

But the Columbus statue is only one front of the political movement. Another lies in nearby Socrates Sculpture Park, where the movement is not focused on taking down monuments, but in presenting artistic commentary on them.

Last week the Long Island City park installed a billboard above its entrance by Nona Faustine, a photographer who has spent her career grappling with the role of race in many of America’s most iconic monuments.

The project is part of a thoughtful program the park curators developed to facilitate conversation about the role of monuments in society, and to give a voice to marginalized narratives of diasporic, Indigenous and queer communities.

The two images that Faustine contributed portray the Lincoln Memorial in Washington, DC, and the Equestrian Statue of Theodore Roosevelt in front of the American Museum of Natural History in Manhattan. On the billboard, named “In Praise of Famous Men No More,” a hazy band of color runs through Fautine’s photos of the classical monuments, adding a layer of symbolic meaning to the statues.

Faustine told the Chronicle that she is interested in exploring the “whitewashing of history, the hidden history within these monuments, and things that we don’t talk about, like the African-American soldiers who participated in a Civil War, but yet they’re not represented at the Lincoln Memorial.”

The Lincoln statue, which is located on the National Mall, was carved from white marble by Daniel Chester French. The dark line running through Faustine’s photo serves as a reminder of the black Americans who are an integral part of Lincoln’s legacy.

“I’m not saying that people should tear down Lincoln’s memorial,” said Faustine. “I’m not here to say what to tear down. I’m just saying look at these statues, and look at the legacy of these men. Are they truthful? Whose statues should be put on pedestals, whose should not?”

In fact, Faustine started her exploration of the American monuments before the first wave of post-Charlottesville Confederate statue demolition in 2017. She first had the idea when visiting DC when Barack Obama was still in office in 2016. She added that she was inspired by writers such as James Baldwin and Christina Sharp to explore the erasure of black history from works of art.

The political movement to remove statues of slave holders, Confederate figures or colonists that was triggered by the George Floyd protests may spring from the same issues that Faustine is addressing, but she distinguished her work from the current wave.

“All the activism that you see right now going on, the visual artists, particularly African-American or black artists, have been doing this work for decades, talking about inequality or lack of representation in, not only the visual arts, but in America,” said Faustine.

Though she didn’t tie her art directly to the recent nationwide protests, the second image of Faustine’s presidential installation is very timely. It closely coincided with the recent announcement that the Roosevelt piece in front of the Natural History Museum will be removed. The statue depicts Roosevelt on horseback, flanked by an indigenous man and an African man.

In Faustine’s photographic rendering, which she collaborated with Two Palms press to screen print, a vivid red smear intersects the Roosevelt statue. Faustine said that she was inspired by Andy Warhol’s silkscreens to experiment in that medium.

The billboard will stay up at the sculpture garden until March 14, 2021.