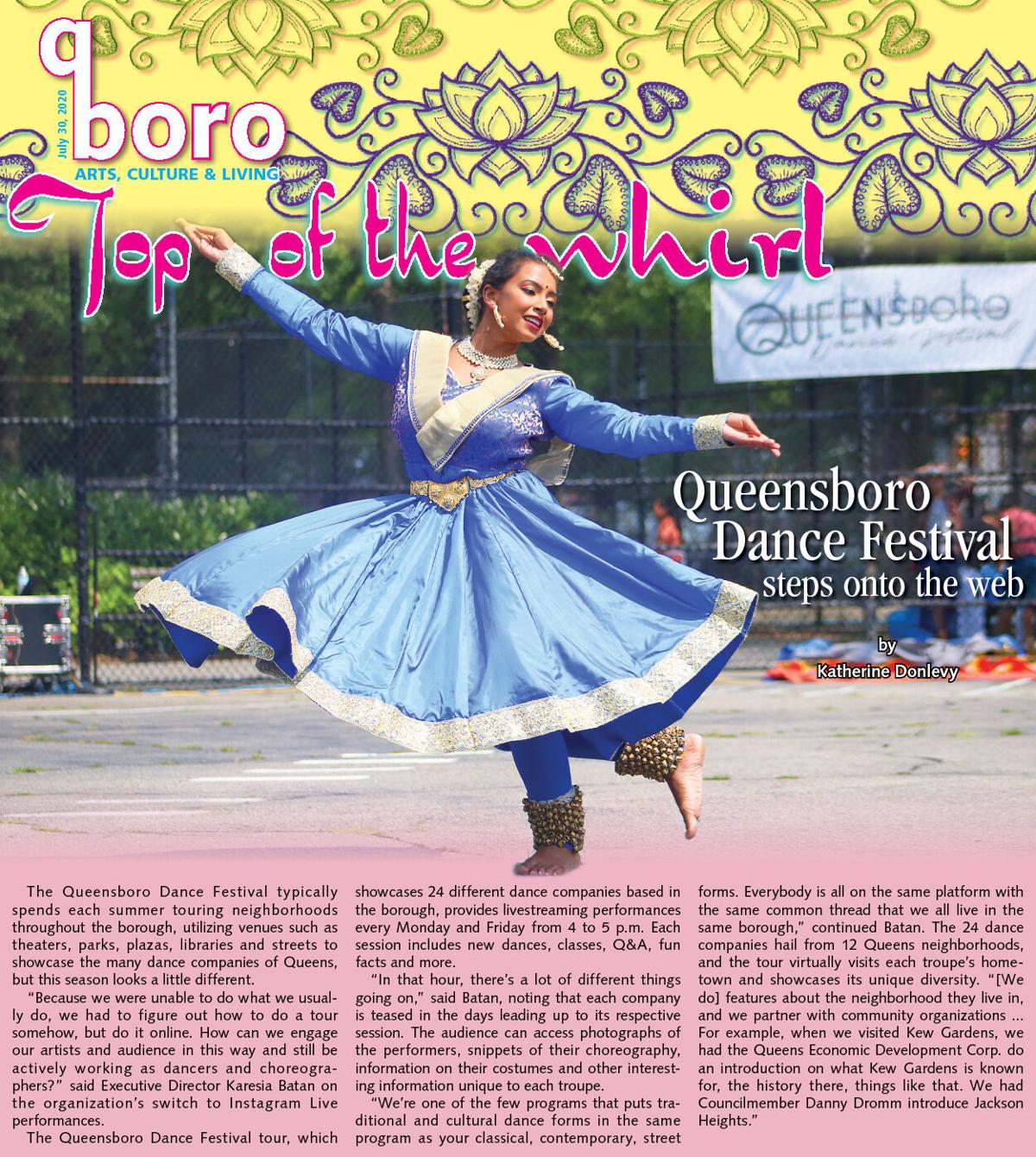 On the cover: Urvashie Kissoon of Forest Hills performs. 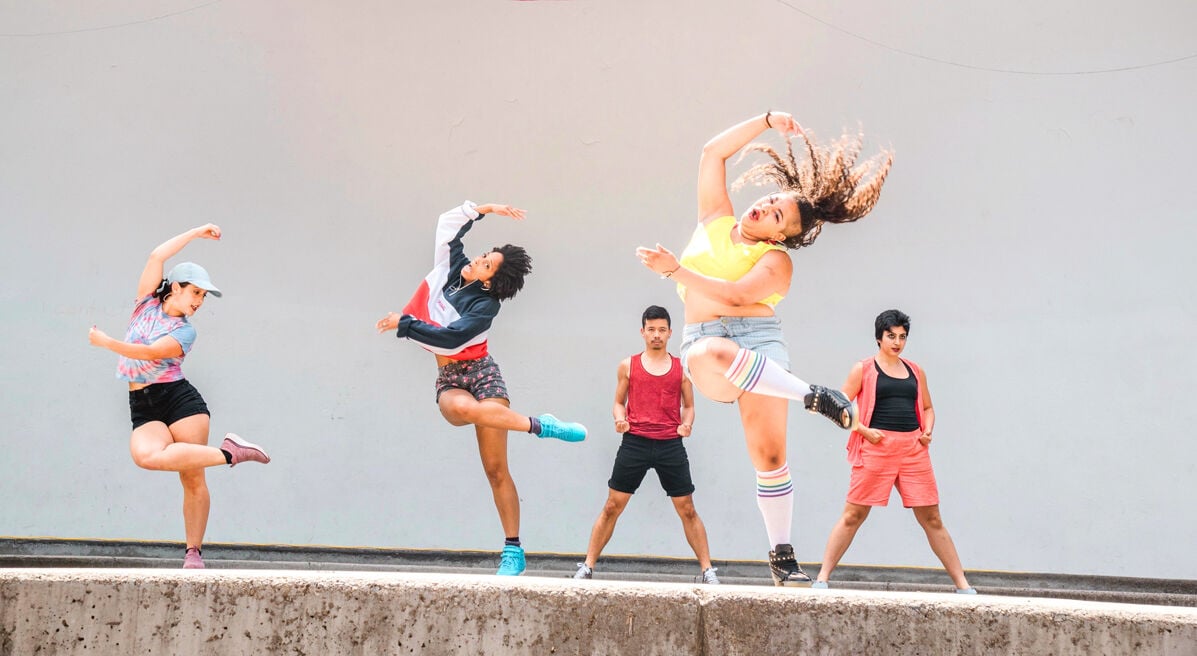 On the cover: Urvashie Kissoon of Forest Hills performs.

The Queensboro Dance Festival typically spends each summer touring neighborhoods throughout the borough, utilizing venues such as theaters, parks, plazas, libraries and streets to showcase the many dance companies of Queens, but this season looks a little different.

“Because we were unable to do what we usually do, we had to figure out how to do a tour somehow, but do it online. How can we engage our artists and audience in this way and still be actively working as dancers and choreographers?” said Executive Director Karesia Batan on the organization’s switch to Instagram Live performances.

The Queensboro Dance Festival tour, which showcases 24 different dance companies based in the borough, provides livestreaming performances every Monday and Friday from 4 to 5 p.m. Each session includes new dances, classes, Q&A, fun facts and more.

“In that hour, there’s a lot of different things going on,” said Batan, noting that each company is teased in the days leading up to its respective session. The audience can access photographs of the performers, snippets of their choreography, information on their costumes and other interesting information unique to each troupe.

“We’re one of the few programs that puts traditional and cultural dance forms in the same program as your classical, contemporary, street forms. Everybody is all on the same platform with the same common thread that we all live in the same borough,” continued Batan. The 24 dance companies hail from 12 Queens neighborhoods, and the tour virtually visits each troupe’s hometown and showcases its unique diversity. “[We do] features about the neighborhood they live in, and we partner with community organizations ... For example, when we visited Kew Gardens, we had the Queens Economic Development Corp. do an introduction on what Kew Gardens is known for, the history there, things like that. We had Councilmember Danny Dromm introduce Jackson Heights.”

Though switching to a virtual platform for the 2020 season bars dancers and audiences from gathering in-person to celebrate the art, it provides an opportunity for the tour to reach a wider audience of viewers that might not have been able to access the performances previously, from across the country and throughout the world. By utilizing technology, distance no longer is an issue, which goes for the dancers as well.

“Interestingly enough with the Instagram platform, our dance companies have become creative,” Batan added. “Not all the dancers are in the same place because people either went back home or left New York while others stayed behind ... When you can go live with two people at the same time you can do so even in separate places.”

Most of the festival’s programming will remain online, but the tour is gearing up for an in-person pop-up at the Plaxall’s parking lot in Long Island City on Aug. 8. Only a limited audience will be permitted to watch the performance live and reservations are required, but it will be accessible through Instagram Live for those unable to attend in-person. Batan notes that the pop-up may be the only on-site performance of the tour, but remains hopeful that there will be others.

Other than providing the community with a sense of connection, Batan believes that the festival can bring its viewers a break from the monotony of quarantined life in the time of the pandemic.

“With dance and movement, there is so much freedom, joy and expression,” she said. “Part of the reason we were so committed to figuring out how to make it presentable to an audience is because we felt it was a service for the public to have something like this as an outlet — a way to take care of themselves — as a mental break from the craziness happening right now.”

By participating in the classes, viewers of the sessions also get the opportunity to stay physically active, which Batan points out is also an important part of taking care of oneself during this time.