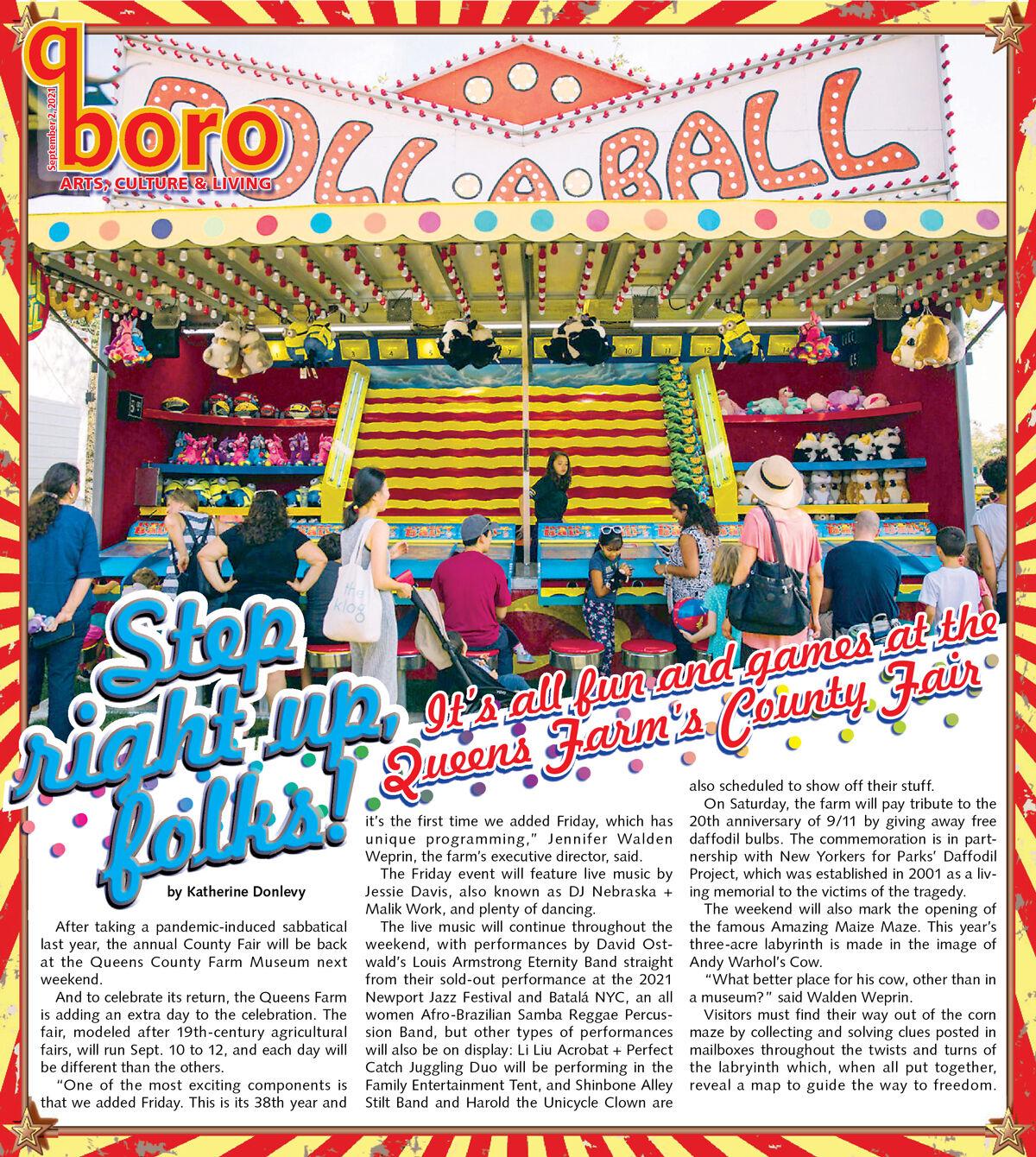 Midway games are among the event’s many attractions. 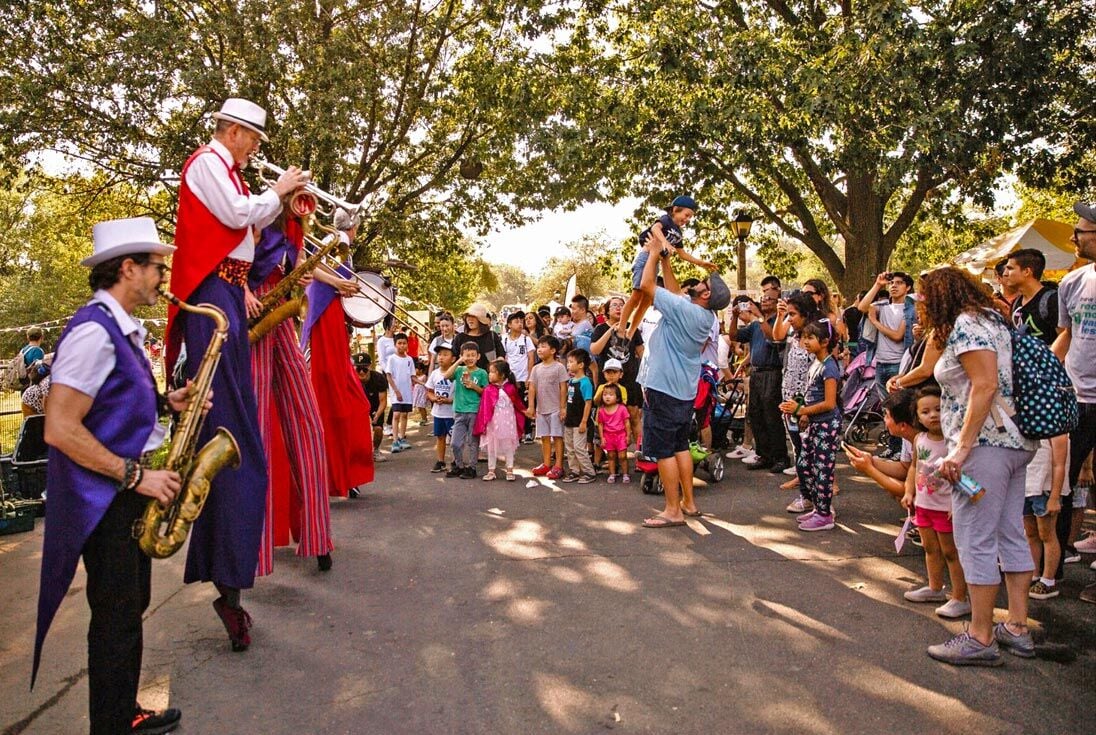 Midway games are among the event’s many attractions.

After taking a pandemic-induced sabbatical last year, the annual County Fair will be back at the Queens County Farm Museum next weekend.

And to celebrate its return, the Queens Farm is adding an extra day to the celebration. The fair, modeled after 19th-century agricultural fairs, will run Sept. 10 to 12, and each day will be different than the others.

“One of the most exciting components is that we added Friday. This is its 38th year and it’s the first time we added Friday, which has unique programming,” Jennifer Walden Weprin, the farm’s executive director, said.

The live music will continue throughout the weekend, with performances by David Ostwald’s Louis Armstrong Eternity Band straight from their sold-out performance at the 2021 Newport Jazz Festival and Batalá NYC, an all women Afro-Brazilian Samba Reggae Percussion Band, but other types of performances will also be on display: Li Liu Acrobat + Perfect Catch Juggling Duo will be performing in the Family Entertainment Tent, and Shinbone Alley Stilt Band and Harold the Unicycle Clown are also scheduled to show off their stuff.

On Saturday, the farm will pay tribute to the 20th anniversary of 9/11 by giving away free daffodil bulbs. The commemoration is in partnership with New Yorkers for Parks’ Daffodil Project, which was established in 2001 as a living memorial to the victims of the tragedy.

The weekend will also mark the opening of the famous Amazing Maize Maze. This year’s three-acre labyrinth is made in the image of Andy Warhol’s Cow.

“What better place for his cow, other than in a museum?” said Walden Weprin.

Visitors must find their way out of the corn maze by collecting and solving clues posted in mailboxes throughout the twists and turns of the labyrinth which, when all put together, reveal a map to guide the way to freedom. Solving the clues and completing a map are not required to escape the maze, though doing so does provide attendees with an upper hand.

One contest, the annual Blue Ribbon Competition, will offer guests the opportunity to compete with one another for the coveted and traditional Best in Show title. Entries will be divided into six divisions: vegetables, flower arranging, horticulture, arts and crafts, culinary arts and apiculture, and contestants will vie for first, second and third in each section. A junior section features two divisions: culinary arts and arts and crafts.

All entries will be on display for the entirety of the weekend.

To apply for the Blue Ribbon Competition, visit queensfarm.org/blue-ribbon-competition.

In addition to the entertainment and games, the County Fair will show off its small businesses and area vendors, many of whom participate in the Queens Night Market, Walden Weprin said.

“We’ll have a bunch of food trucks, many that we met for the first time during Covid,” the executive said.

The vendors will be separated in the food truck alley, and the Rockaway Brewing Company will sponsor the County Fair’s beer garden.

The bountiful weekend is, at its simplest, a celebration of gathering together once again, according to Walden Weprin, especially after the pandemic forced the Queens Farm to put the event on hiatus last year.

“We’re outdoors and have so much room. We’re fortunate to be able to accommodate the public,” Walden Weprin said. “We’re proud of this program, we worked really hard on it.”

For more information and to buy tickets, visit queensfarm.org