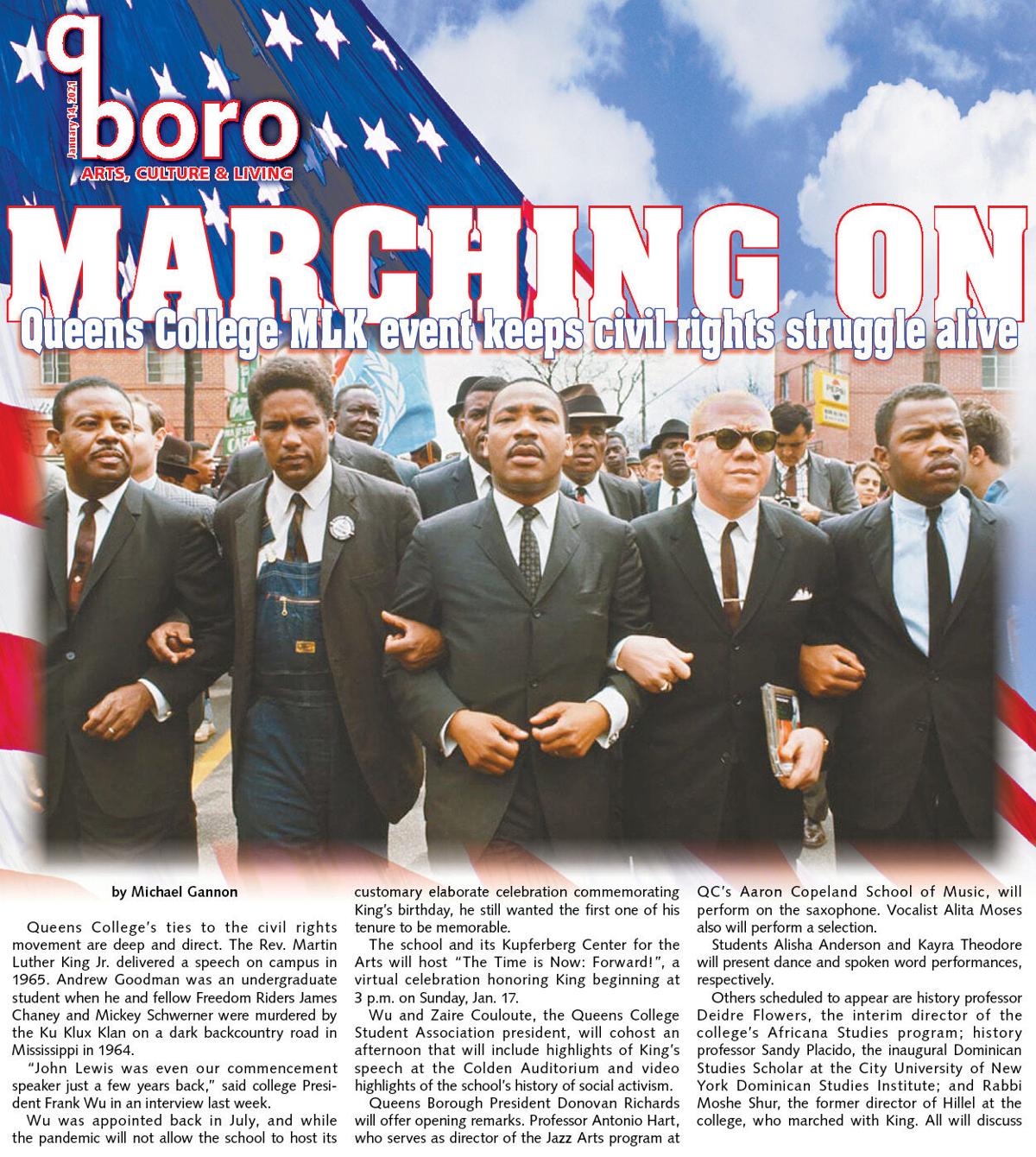 King, center, on the march from Selma to Montgomery with Ralph Abernathy, left, James Foreman, Jesse Douglas and John Lewis. 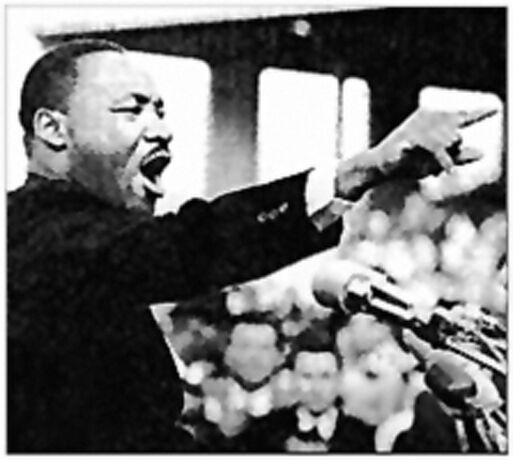 The Rev. Martin Luther King Jr. speaking at Queens College in 1965, saying “We’ve come a long way but we still have a long way to go.”

King, center, on the march from Selma to Montgomery with Ralph Abernathy, left, James Foreman, Jesse Douglas and John Lewis.

The Rev. Martin Luther King Jr. speaking at Queens College in 1965, saying “We’ve come a long way but we still have a long way to go.”

Queens College’s ties to the civil rights movement are deep and direct. The Rev. Martin Luther King Jr. delivered a speech on campus in 1965. Andrew Goodman was an undergraduate student when he and fellow Freedom Riders James Chaney and Mickey Schwerner were murdered by the Ku Klux Klan on a dark backcountry road in Mississippi in 1964.

“John Lewis was even our commencement speaker just a few years back,” said college President Frank Wu in an interview last week.

Wu was appointed back in July, and while the pandemic will not allow the school to host its customary elaborate celebration commemorating King’s birthday, he still wanted the first one of his tenure to be memorable.

The school and its Kupferberg Center for the Arts will host “The Time is Now: Forward!”, a virtual celebration honoring King beginning at 3 p.m. on Sunday, Jan. 17.

Wu and Zaire Couloute, the Queens College Student Association president, will cohost an afternoon that will include highlights of King’s speech at the Colden Auditorium and video highlights of the school’s history of social activism.

Others scheduled to appear are history professor Deidre Flowers, the interim director of the college’s Africana Studies program; history professor Sandy Placido, the inaugural Dominican Studies Scholar at the City University of New York Dominican Studies Institute; and Rabbi Moshe Shur, the former director of Hillel at the college, who marched with King. All will discuss King’s legacy and efforts to achieve racial justice in higher education.

There also will be a post-program discussion along with a question-and-answer session.

Anyone interested in viewing or participating can register for the free event online at bit.ly/3bnhtyL.

Wu, who is also an attorney and an author, is the son of Chinese immigrants. His background includes a decade at Howard University in Washington, DC, one of the nation’s leading historically black colleges and universities.

He wanted to make sure Queens College’s first celebration of King on his watch was a special one, especially his message of diversity and inclusion, particularly at a public college in the most ethnically and culturally diverse county in the country and possibly the world.

“I was always inspired by his ‘Letters from a Birmingham Jail,’” he said, particularly how King did not confront hate with hate. “He challenged the people who attacked him to live up to their own ideals.”

“We want students to know this is not the distant past,” Wu said. “It’s relevant today. We absolutely must connect Martin Luther King and his legacy with our campus. The most prominent structure on the Queens College campus is our clock tower. It can be seen from anywhere on campus. That clock tower honors James Chaney, Andrew Goodman and Mickey Schwerner. Martin Luther King spoke at Colden Auditorium, and it still exists today.”

Jay Hershenson, vice resident of marketing and communications at the school, said Schwerner’s older brother Steven, also an activist and an academic, formerly worked at Queens College. He started as director of the counseling center and eventually became the dean of students.