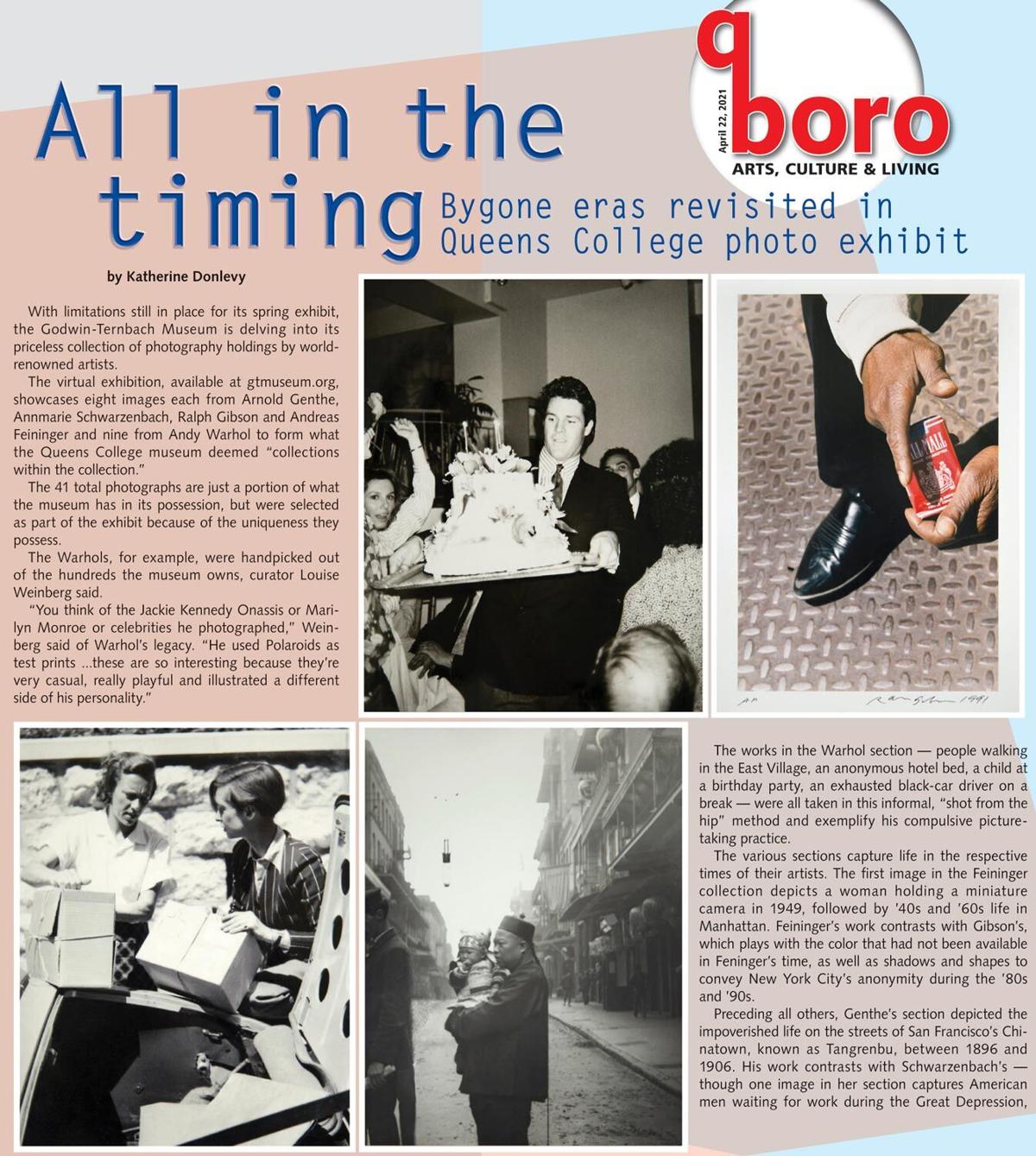 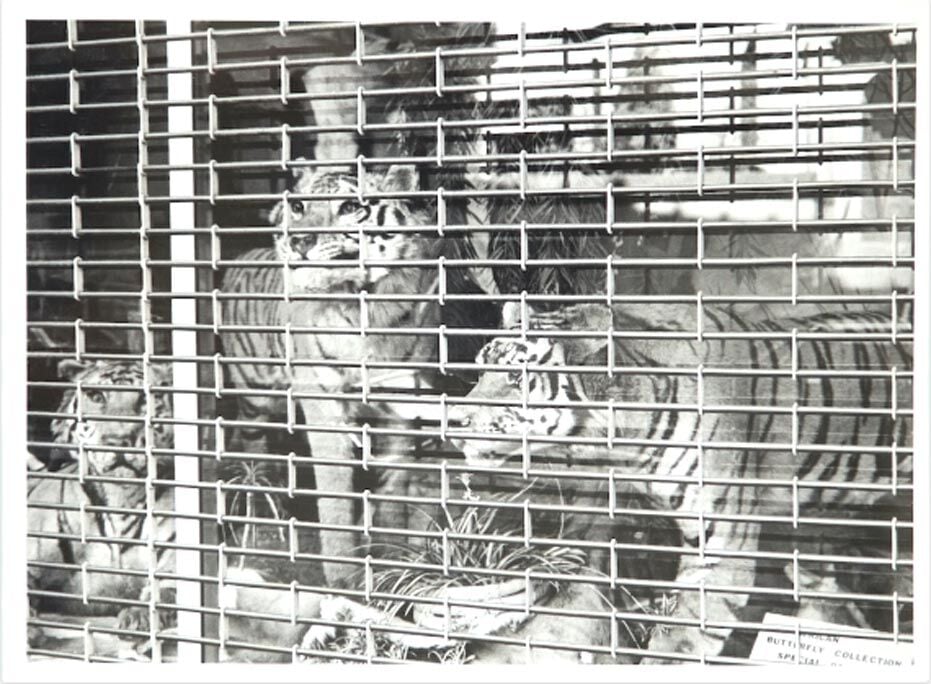 “Tigers” by Andreas Feininger is featured in the Godwin-Ternback Museum’s spring exhibit.

“Tigers” by Andreas Feininger is featured in the Godwin-Ternback Museum’s spring exhibit.

With limitations still in place for its spring exhibit, the Godwin-Ternbach Museum is delving into its priceless collection of photography holdings by world-renowned artists.

The virtual exhibition, available at gtmuseum.org, showcases eight images each from Arnold Genthe, Annmarie Schwarzenbach, Ralph Gibson and Andreas Feininger and nine from Andy Warhol to form what the Queens College museum deemed “collections within the collection.”

The 41 total photographs are just a portion of what the museum has in its possession, but were selected as part of the exhibit because of the uniqueness they possess.

The Warhols, for example, were handpicked out of the hundreds the museum owns, curator Louise Weinberg said.

“You think of the Jackie Kennedy Onassis or Marilyn Monroe or celebrities he photographed,” Weinberg said of Warhol’s legacy. “He used Polaroids as test prints ...these are so interesting because they’re very casual, really playful and illustrated a different side of his personality.”

The works in the Warhol section — people walking in the East Village, an anonymous hotel bed, a child at a birthday party, an exhausted black-car driver on a break — were all taken in this informal, “shot from the hip” method and exemplify his compulsive picture-taking practice.

The various sections capture life in the respective times of their artists. The first image in the Feininger collection depicts a woman holding a miniature camera in 1949, followed by ’40s and ’60s life in Manhattan. Feininger’s work contrasts with Gibson’s, which plays with the color that had not been available in Feninger’s time, as well as shadows and shapes to convey New York City’s anonymity during the ’80s and ’90s.

Preceding all others, Genthe’s section depicted the impoverished life on the streets of San Francisco’s Chinatown, known as Tangrenbu, between 1896 and 1906. His work contrasts with Schwarzenbach’s — though one image in her section captures American men waiting for work during the Great Depression, Schwarzenbach’s featured work mainly depicts the lives she encountered as she traveled through Iran, Turkey, Iraq, Syria and Afghanistan during the ’30s.

Each collection captures separate lives, elicits different feelings and was captured utilizing unique methods. Their connection to one another, if anything, is that they encapsulate a time that has come and gone and cannot be revisited.

“You had to look at the times the images were made. For Schwarzenbach in the ’40s, that was the technology she was working with and for me there’s a kind of purity that black-and-white photography conveys,” Weinberg said. “They’re really more like documentary artifact. They show a point in time that no longer exists.”

While artists make choices to translate the messages in their photography, they were also limited with their technology. Photography advances greatly between Genthe, who carried a giant box camera into the streets, to Warhol, who notably said he took so many photographs because a camera was something to carry inside his pocket, and it continues to progress today.

“It was different for people who grew up with these things in their pocket,” Weinberg said. “Photography is a relatively young art form ... they’re records of what is meaningful to someone.”

Weinberg, who has her own collection of old photographs that she’s found at flea markets, reflected on photography’s essential purpose: documenting the passing of time and what was important to us in those moments.

The artists featured in the spring exhibit share the desire to document the world as they saw it, Weinberg said.

“All of them are timepieces, it’s about different points in time,” she said, adding that they reflect what it means “to be a person and to be alive and curious. To change your thinking you have to be exposed to other points in time, other people, other cultures.”

Weinberg will draw on the spring exhibit photographs as examples of technological advancements in art for her “Why do we need photography?” lecture on May 18.