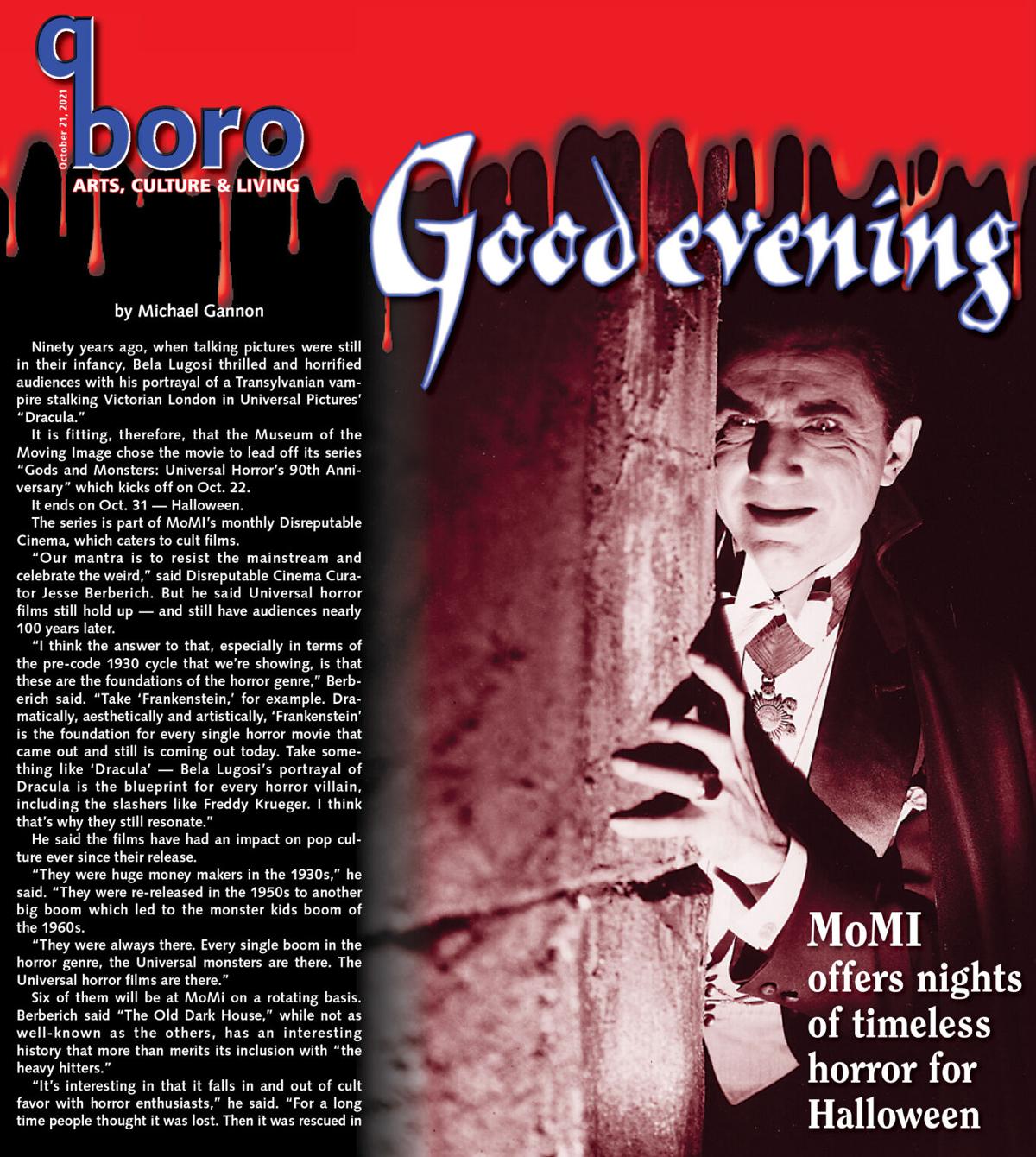 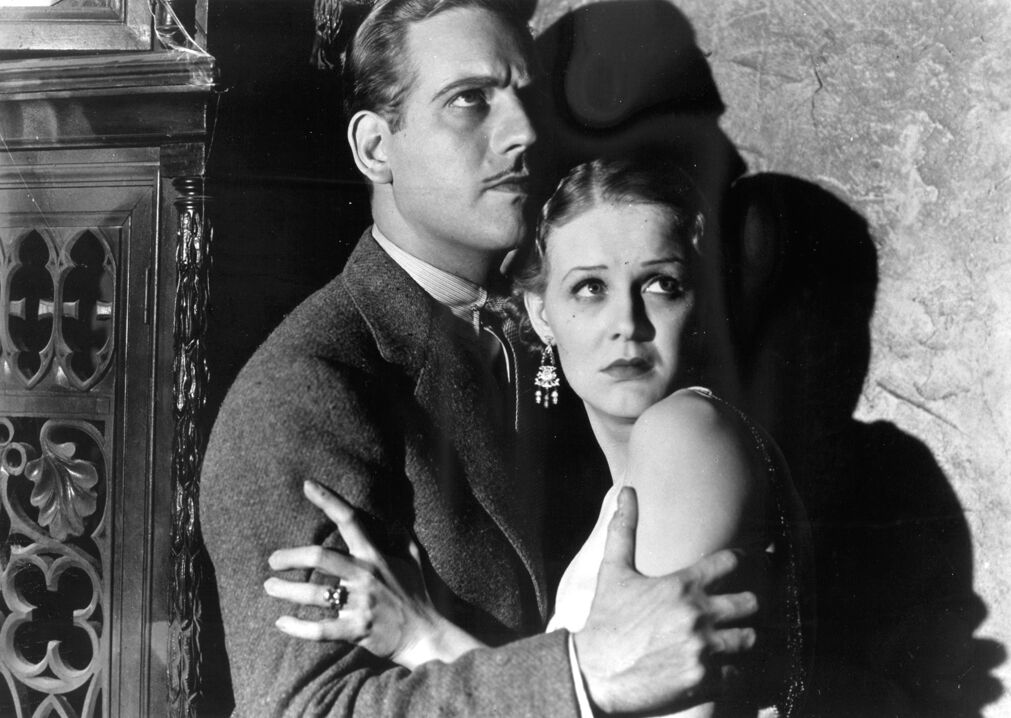 Melvyn Douglas keeps an eye out for unpleasant company with Gloria Stuart in “The Old Dark House.”

Melvyn Douglas keeps an eye out for unpleasant company with Gloria Stuart in “The Old Dark House.”

Ninety years ago, when talking pictures were still in their infancy, Bela Lugosi thrilled and horrified audiences with his portrayal of a Transylvanian vampire stalking Victorian London in Universal Pictures’ “Dracula.”

It is fitting, therefore, that the Museum of the Moving Image chose the movie to lead off its series “Gods and Monsters: Universal Horror’s 90th Anniversary” which kicks off on Oct. 22.

The series is part of MoMI’s monthly Disreputable Cinema, which caters to cult films.

“Our mantra is to resist the mainstream and celebrate the weird,” said Disreputable Cinema Curator Jesse Berberich. But he said Universal horror films still hold up — and still have audiences nearly 100 years later.

“I think the answer to that, especially in terms of the pre-code 1930 cycle that we’re showing, is that these are the foundations of the horror genre,” Berberich said. “Take ‘Frankenstein,’ for example. Dramatically, aesthetically and artistically, ‘Frankenstein’ is the foundation for every single horror movie that came out and still is coming out today. Take something like ‘Dracula’ — Bela Lugosi’s portrayal of Dracula is the blueprint for every horror villain, including the slashers like Freddy Krueger. I think that’s why they still resonate.”

He said the films have had an impact on pop culture ever since their release.

Six of them will be at MoMi on a rotating basis. Berberich said “The Old Dark House,” while not as well-known as the others, has an interesting history that more than merits its inclusion with “the heavy hitters.”

“It’s interesting in that it falls in and out of cult favor with horror enthusiasts,” he said. “For a long time people thought it was lost. Then it was rescued in the 1970s, and became a fan favorite. It came back in the 1990s and early 2000s. Now it’s back in favor.”

As with “Frankenstein” and “Bride of Frankenstein,” “The Old Dark House” was directed by James Whale. And while “Bride” was a logical pairing with its predecessor in terms of story line, Berberich said they were looking for something to pair with it as an example of the queer horror subgenre. “Bride” was released shortly after the Hays Code governing screen content went into effect. Actor Ernest Thesiger was in both pictures. In “Bride,” his conniving Dr. Pretorius is described by many sources as a “coded” homosexual. Berberich said Whale, openly gay himself, directed him much the same way in “The Old Dark House,” calling the movie an early example of the genre.

Berberich said Lugosi’s performance in “Murders in the Rue Morgue” could be better than his work in Dracula “It was the perfect pre-code horror film. It had a lot going on that for the time was scandalous ... Torture, prostitution, frank discussions of evolution, which was a hot-button issue ... it is such a seedy experience.

“And it helps that it’s only about 69 minutes ... That’s one thing I love about Universal horror movies — you can get six in one day and haven’t wasted your whole day.”

Tomoko Kawamoto, director of public information for MoMI, said horror buffs are in for another treat.

“All of the films, with the exception of ‘The Old Dark House’ will be shown on 35mm film, which I think is rarer and rarer to see,” she said.

“We’re very excited to be showing these in 35 mm,” Berberich said. “Were trying to get as close as the actual viewing experience in the 1930s as we possibly can.”

Admission for each film is $15 for adults, $11 for seniors and students, and $9 for children 3 to 17. For an additional $5 guests can also visit the museum’s galleries. MoMI is located at 36-01 35 Ave. in Astoria. Showtimes and ticket information are available online at movingimage.us.