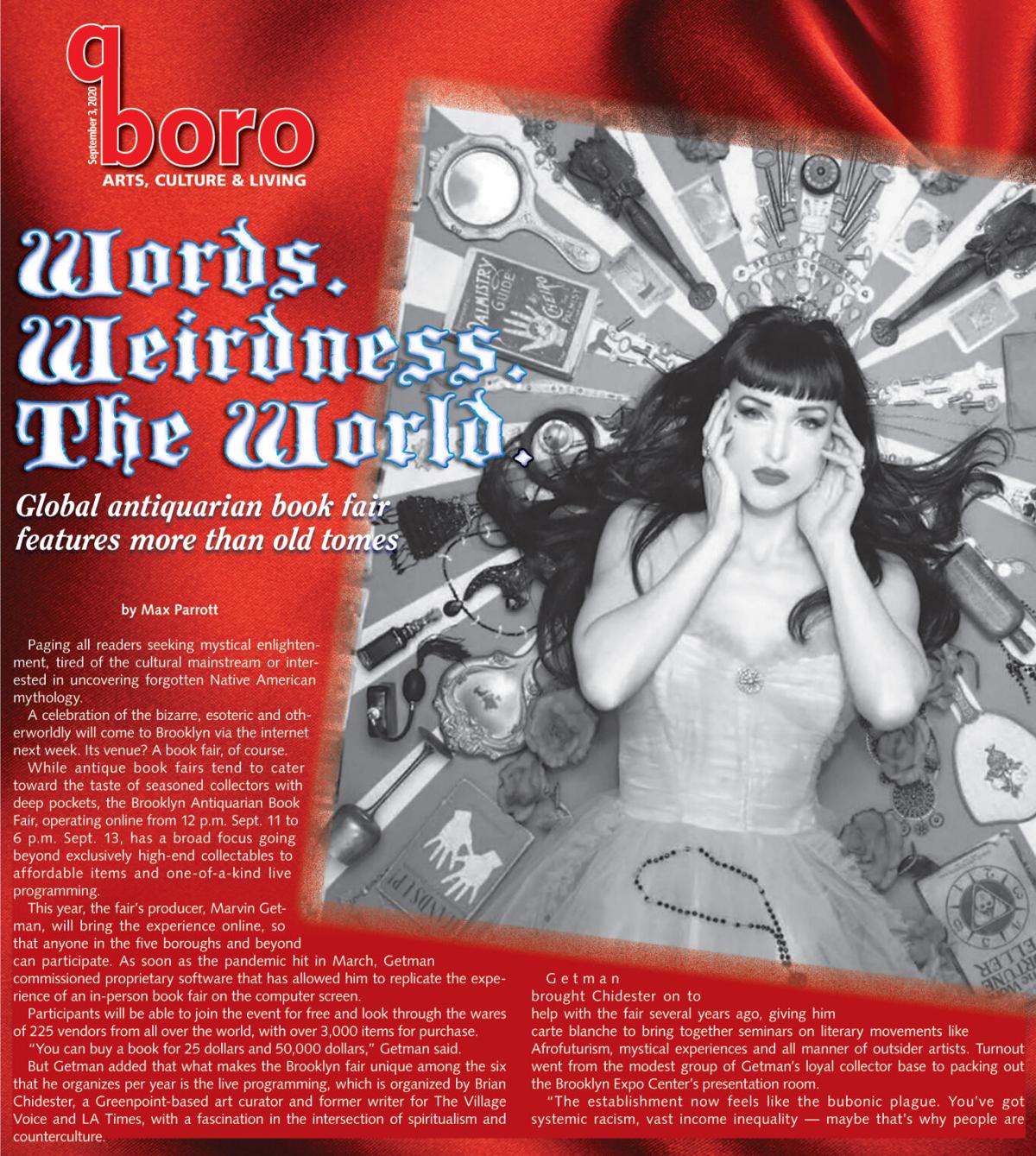 On the cover: Self-proclaimed witch Veronica Varlow is another one of the mystical and countercultural presenters who have become the Brooklyn Antiquarian Book Fair’s bread and butter. 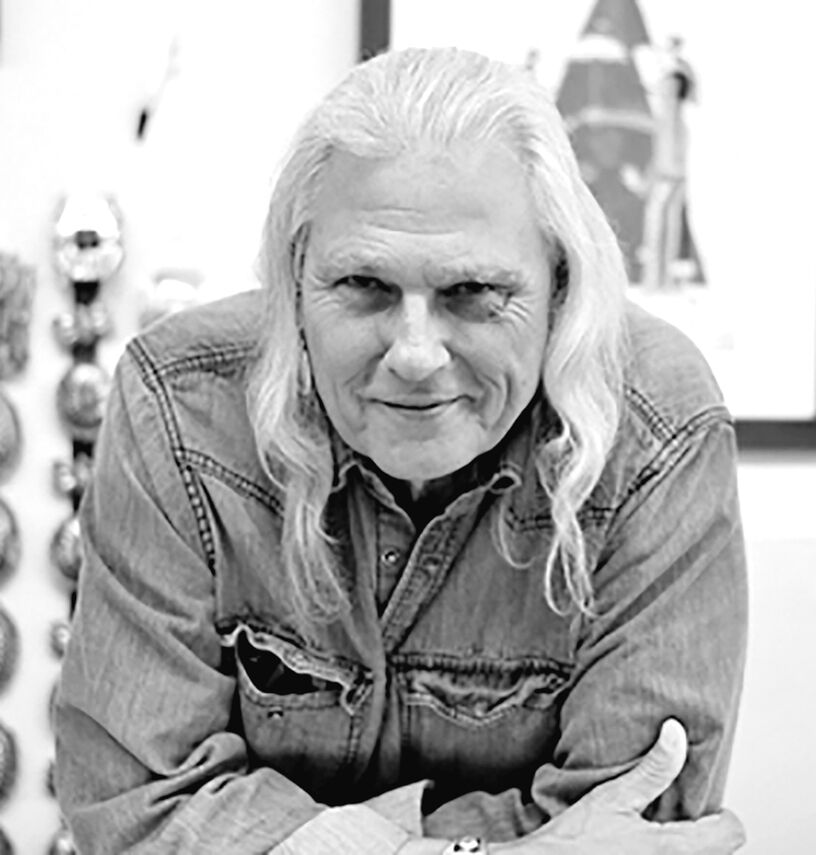 Michael Horse will be one of the mystical and countercultural presenters who have become the Brooklyn Antiquarian Book Fair’s bread and butter. 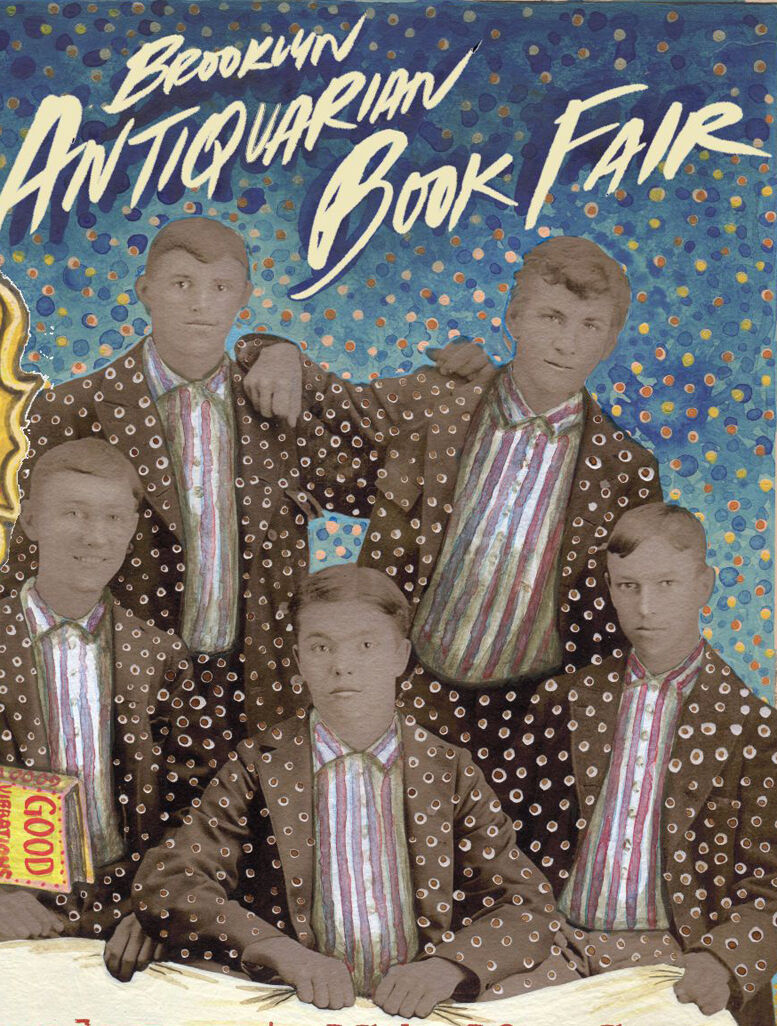 On the cover: Self-proclaimed witch Veronica Varlow is another one of the mystical and countercultural presenters who have become the Brooklyn Antiquarian Book Fair’s bread and butter.

Michael Horse will be one of the mystical and countercultural presenters who have become the Brooklyn Antiquarian Book Fair’s bread and butter.

A celebration of the bizarre, esoteric and otherworldly will come to Brooklyn via the internet next week. Its venue? A book fair, of course.

While antique book fairs tend to cater toward the taste of seasoned collectors with deep pockets, the Brooklyn Antiquarian Book Fair, operating online from 12 p.m. Sept. 11 to 6 p.m. Sept. 13, has a broad focus going beyond exclusively high-end collectables to affordable items and one-of-a-kind live programming.

This year, the fair’s producer, Marvin Getman, will bring the experience online, so that anyone in the five boroughs and beyond can participate. As soon as the pandemic hit in March, Getman commissioned proprietary software that has allowed him to replicate the experience of an in-person book fair on the computer screen.

Participants will be able to join the event for free and look through the wares of 225 vendors from all over the world, with over 3,000 items for purchase.

But Getman added that what makes the Brooklyn fair unique among the six that he organizes per year is the live programming, which is organized by Brian Chidester, a Greenpoint-based art curator and former writer for The Village Voice and LA Times, with a fascination in the intersection of spiritualism and counterculture.

Getman brought Chidester on to help with the fair several years ago, giving him carte blanche to bring together seminars on literary movements like Afrofuturism, mystical experiences and all manner of outsider artists. Turnout went from the modest group of Getman’s loyal collector base to packing out the Brooklyn Expo Center’s presentation room.

“The establishment now feels like the bubonic plague. You’ve got systemic racism, vast income inequality — maybe that’s why people are interested in spiritualism and the occult,” Chidester said.

This year Chidester brought together programming that includes a visual history of freak show banners, a presentation by pin-up girl and self-proclaimed witch Veronica Varlow, an exhibition into the spiritual and avant-garde undercurrents running through the design of the Beach Boys’ album art and a talk by Michael Horse, aka Deputy Hawk from David Lynch’s cult-hit 1990s TV show “Twin Peaks.”

Chidester personally discovered the art of Horse, who created the hieroglyphics that play an important role in the plot of “Twin Peaks.” After reaching out to Horse, he learned more about his practice of ledger art and his depth of knowledge about lesser-known Native American history

According to Chidester, Horse has been a fixture in avant-garde circles for decades. He met Lynch when he was a part of the Hollywood alternative scene in the ’70s. His visual art integrates ideas about alternate dimensions and mystical experiences that are derived from Native American mythology.

Chidester said that he decided that the Beach Boys would make a fitting exhibit because of the combination of kitsch and spirituality present in their album art.

“There’s nothing more ephemeral than the Beach Boys. Somehow there’s a spiritual quality to that as well,” he said.

When the band was in its prime in the early ’60s, Capitol Records employed a wealth of talented and progressive designers to create the band’s art. After Brian Wilson’s mental health began to falter the original lineup slowly collapsed, art historians and fans created a wave of Beach Boys-related art in the form of bootleg albums, fanzines and posters.

To view the lineup of presentations, visit brooklynbookfair.com.