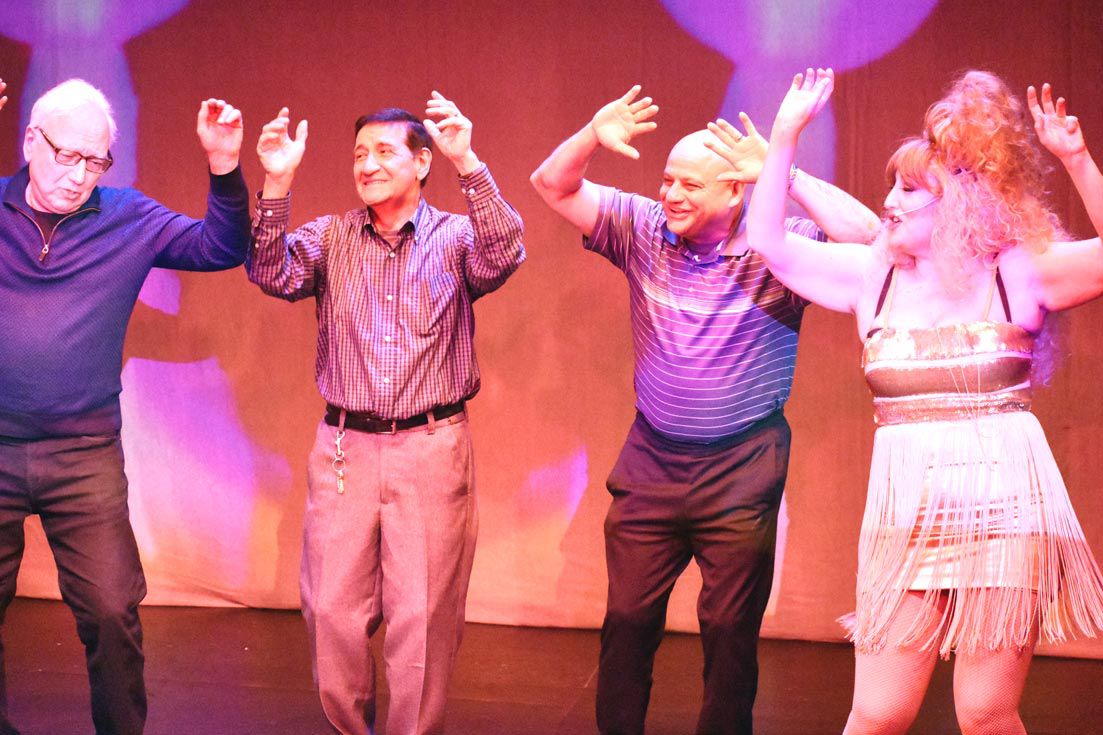 Inma Heredia portrays Charo, above, joined in one number by some willing audience volunteers. 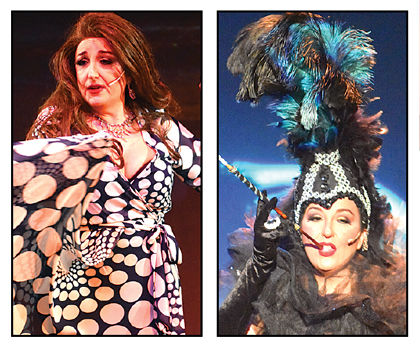 She also performs as Rocio Jurado, far left, and Sara Montiel, as well as Lola Flores, in her show dedicated to divas.

Inma Heredia portrays Charo, above, joined in one number by some willing audience volunteers.

She also performs as Rocio Jurado, far left, and Sara Montiel, as well as Lola Flores, in her show dedicated to divas.

There’s a moment that comes late in “Divas de Espa–a,” a one-woman musical homage to four of Spain’s most talented female artists that comes as a complete change of pace and a most pleasant surprise.

Stripped down to her undergarments, wrapped in a shawl, and barely visible under the dimmest of stage lighting, Inma Heredia, a multiple-threat entertainer who has been singing and dancing for nearly an hour and a half, bares the soul of a performer who has been the victim of jealousy and loneliness and still can refer to herself as the “Queen of Positivity.”

How ironic that in a show that pays tribute to iconic women of the stage and screen, the portrait Heredia paints of herself — the simplest and most heartfelt — is the one that proves the most memorable.

The show runs at the Thalia Spanish Theatre in Sunnyside through Feb. 14.

Heredia explains that the evening is to be a “magical journey into Divaland.” It’s a tribute to silver screen glamour girl Sara Montiel, flamenco legend Lola Flores, classic chanteuse Rocio Jurado, and, the only living member of the quartet and the most familiar to American audiences, the coquettish Charo.

It’s designed as a competition to select the greatest diva of them all, the outcome of which will be left to the spectators. Heredia, who also wrote the show, which was directed by Adolfo Vazquez, brings to vivid life each of the four contestants; donning gowns, hairstyles and appropriate attitudes, she doesn’t do outright impersonations but conveys the essence of each.

The show is an ideal vehicle for its star’s various talents: singer, dancer, actress, comedienne. Heredia has an easy rapport with her audience, occasionally joining the spectators in the house and, at one point, inviting several willing volunteers on stage to join her in a number.

A show like this, in which one performer aims, at least to a certain extent, to become others, benefits greatly from illusion, but that’s lost here, as Heredia changes costumes in full view of the audience. It would be much more effective to have her emerge fully in character as each of the women.

The show is geared toward bilingual audiences, with much of the dialogue presented in English and most of the songs sung in their original Spanish. Familiarity with each of the subjects, whom Heredia obviously adores, is not necessary but beneficial.