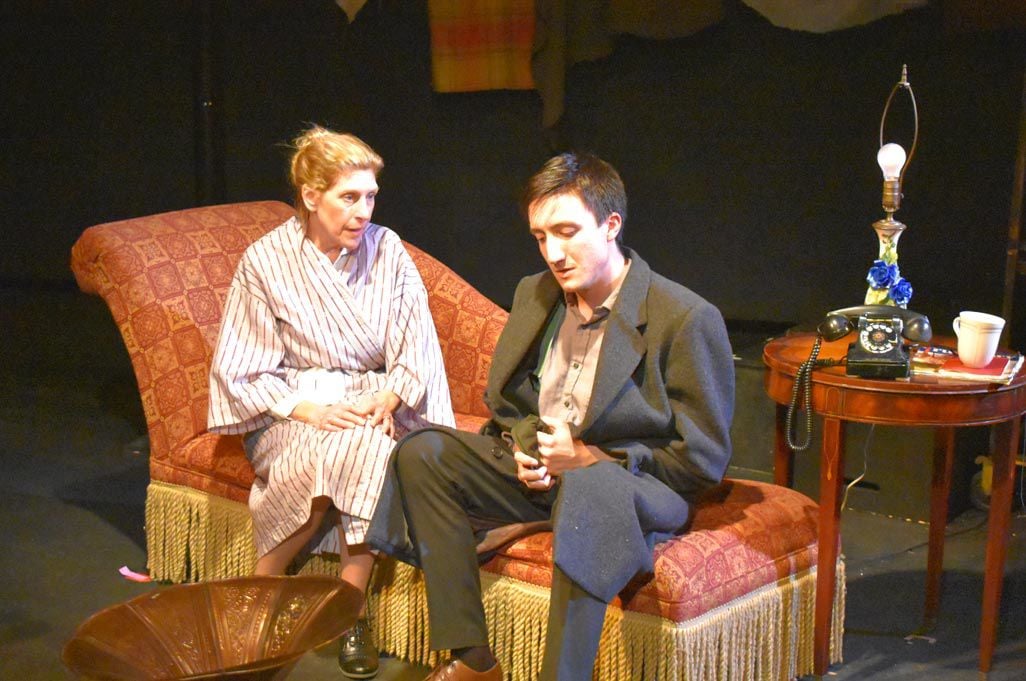 Katie Sparer as Amanda and Justin Cimino as Tom in “The Glass Menagerie.” 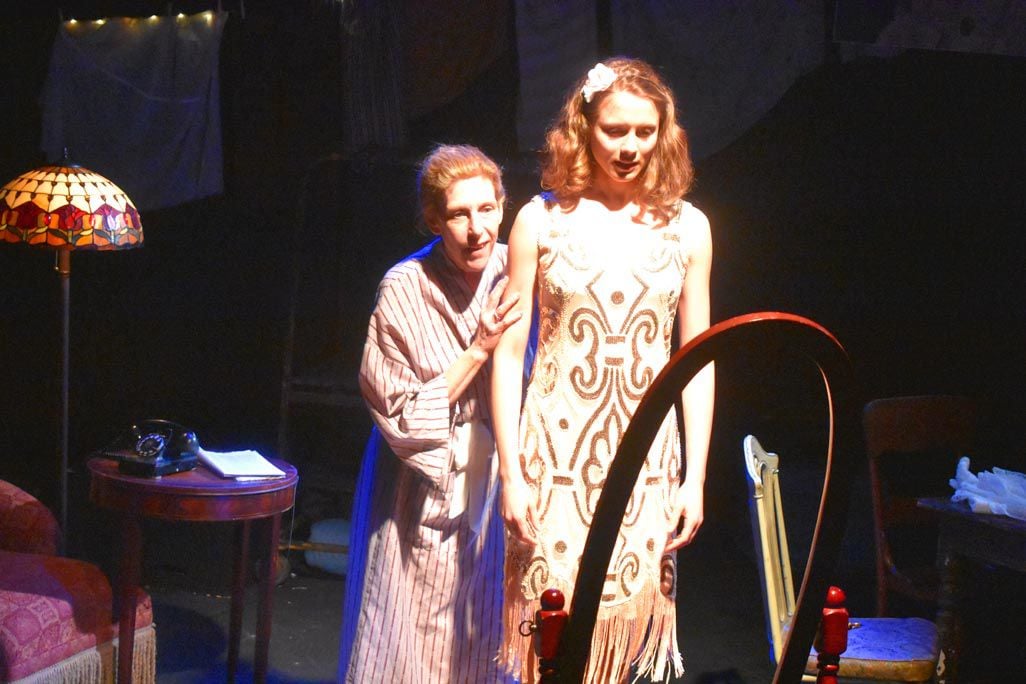 Sparer as Amanda and Laura Piccoli as Laura.

Katie Sparer as Amanda and Justin Cimino as Tom in “The Glass Menagerie.”

Sparer as Amanda and Laura Piccoli as Laura.

What a pleasant surprise it was to see The Secret Theatre largely occupied by a group of high school students at last Thursday evening’s performance of its current tenant, “The Glass Menagerie.”

The play is presented by Pigeonholed, a theater troupe that aims to “give theater artists the chance to make the work they want to make, not the work the industry tells them they should be making.”

Here is a play, long a personal favorite, which premiered three-quarters of a century ago — 1944 precisely, in fact — and established Tennessee Williams as one of this country’s most prominent playwrights.

It features little action, only four flesh-and-blood characters and a great deal of talk (with nary a curse word within earshot). It’s exactly the kind of play that, in these modern times, could easily sink into oblivion.

But it’s far too good for that, and it’s encouraging to know that young people are still being exposed to it — and, from the overheard commentaries at the end of last week’s performance, finding it relevant to their own lives.

Largely autobiographical, the play focuses on the Wingfield family: mother Amanda, a faded Southern belle who yearns for her youth; her son, Tom, a young man who is frustrated by his job in a shoe warehouse and his home life, from which he longs to escape; her daughter, Laura, a young woman with a slight physical handicap who is both mentally fragile and a social misfit; and the long-absent patriarch who took off years before the action commences.

The final character to appear is one Jim O’Connor, a gentleman caller brought home as a possible savior for Laura.

Over the course of two and a quarter hours, there is plenty of conversation ... brilliant, almost poetic conversation, the sort that has not been heard too frequently, if ever, in more recent plays. And the characters are so beautifully drawn and their respective plights so heartbreaking that it would be difficult for an audience not to get involved.

And involved Thursday’s audience was.

The performances, for the most part, were understated, some to better effect than others. Katie Sparer as Amanda was, as the moment required, the domineering mother and the nostalgia-filled dreamer.

Justin Cimino as Tom slipped easily back and forth in his roles as the play’s narrator (and stand-in for Williams himself) and as one of its major characters.

Laura Piccoli, whose first name suggests she was destined to someday play her role, was appropriately vulnerable while serving as the glue that held the family together.

A letdown was Padraig Carragher, who came across as emotionless as Laura’s would-be suitor, speaking in a voice so soft as to be barely audible, even in the confines of the intimate theater space.

Making his directorial debut with this production, Justin Fuller offered a straightforward rendering of this classic, for the most part letting the words speak for themselves.

There were a few misguided choices: Using minimal props created some awkward moments, such as when a fancy dinner was supposedly served and the table remained free of anything edible; and having the fragile Laura participating in the movement of a cumbersome set piece proved a bit jarring.

But the look and sound of the production were just right. The setting (designed by Chen-Wei Liao), dominated by lines of hanging laundry and a simple but workable fire escape, provided the proper tone, while the enlarged photograph, featured prominently, of the missing father was only partially visible. The costumes by Victoria Narayan and, most especially, the lighting by Sammy Jelinek, were evocative.