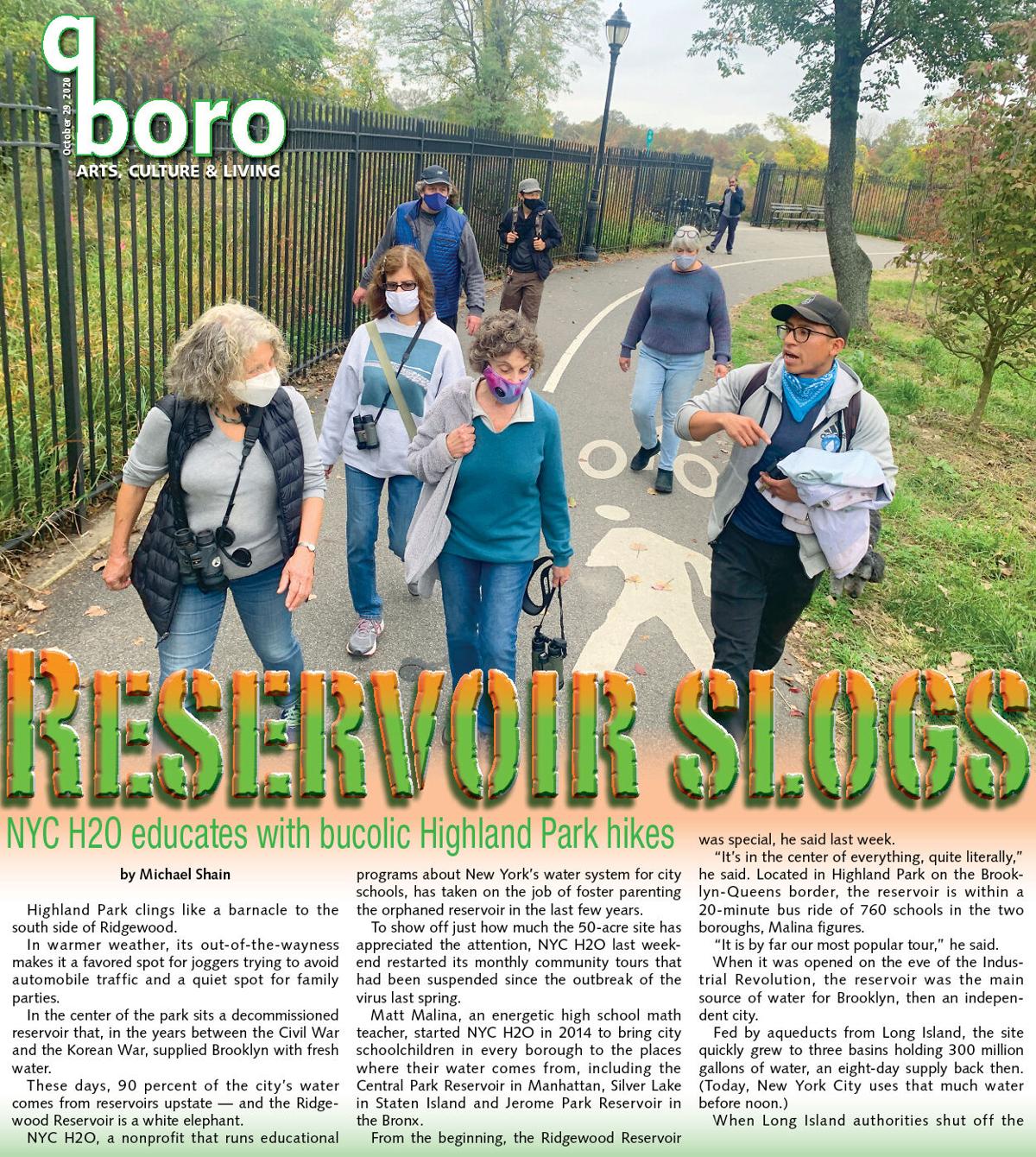 On the cover: Chuchuca leads a group around the protected natural site in Highland Park last Saturday. 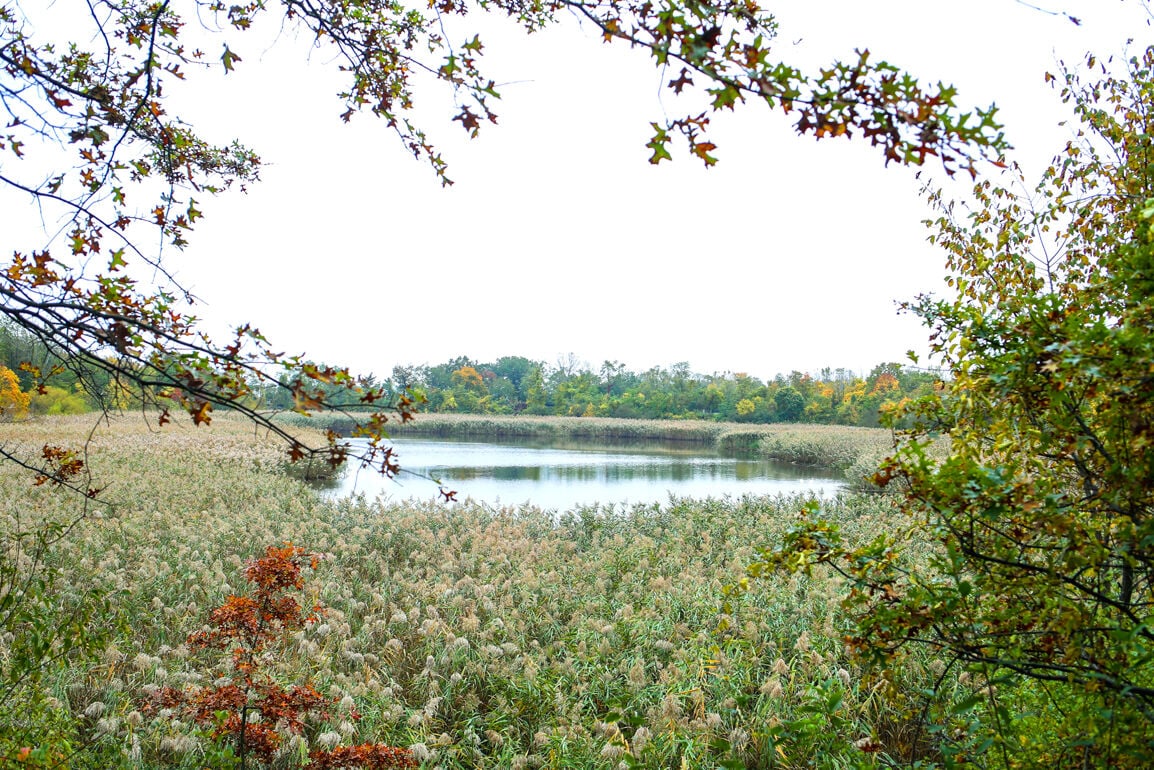 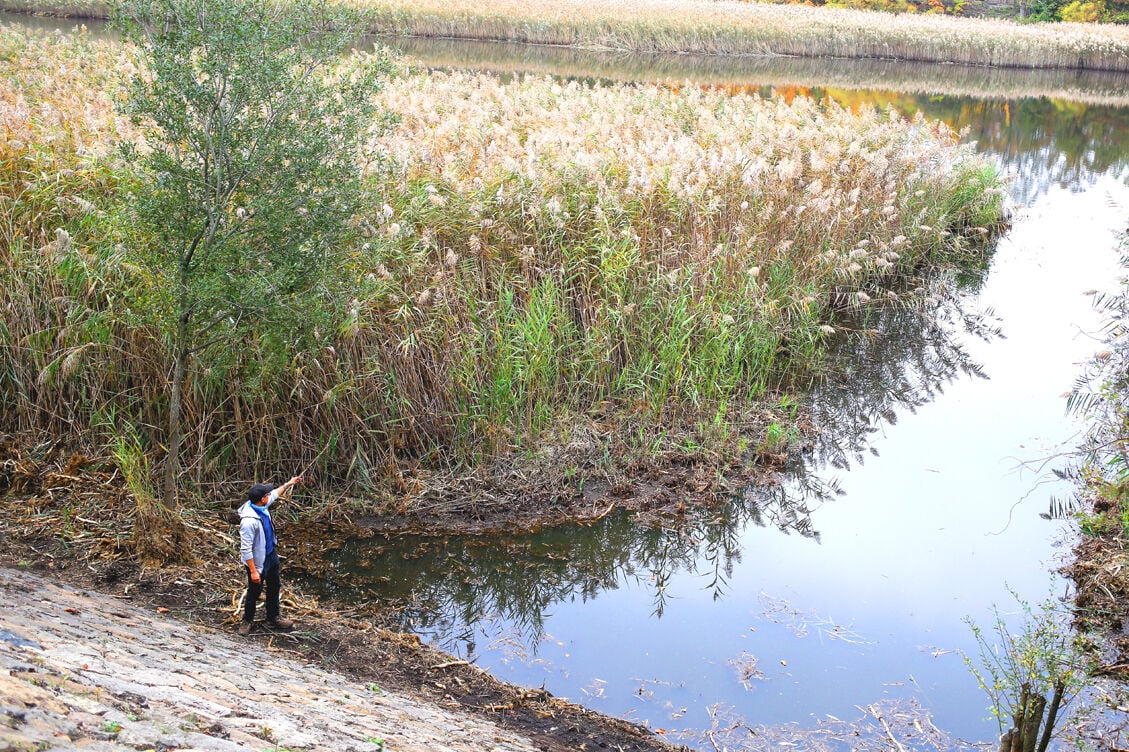 NYC H2O Assistant Director David Chuchuca, left, points out some of the sights at the Ridgewood Reservoir from the bottom of a steep embankment. 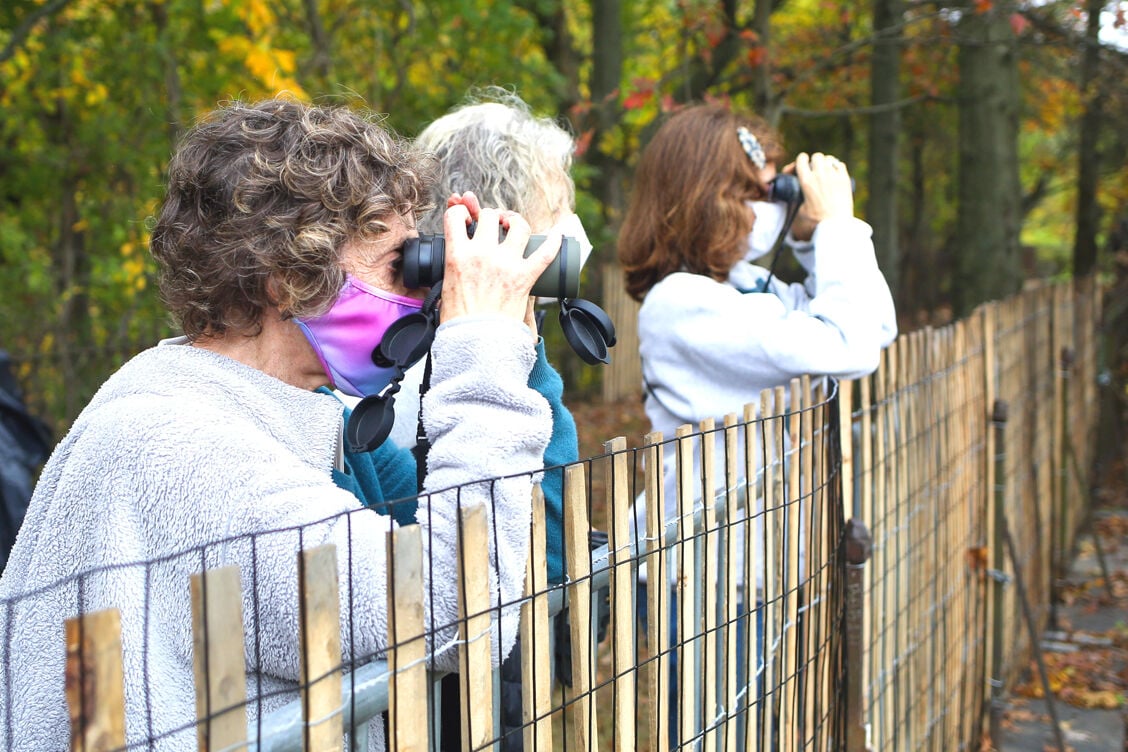 On the cover: Chuchuca leads a group around the protected natural site in Highland Park last Saturday.

NYC H2O Assistant Director David Chuchuca, left, points out some of the sights at the Ridgewood Reservoir from the bottom of a steep embankment.

Highland Park clings like a barnacle to the south side of Ridgewood.

In warmer weather, it’s out-of-the-wayness makes it a favored spot for joggers trying to avoid automobile traffic and a quiet spot for family parties.

In the center of the park sits a decommissioned reservoir that, in the years between the Civil War and the Korean War, supplied Brooklyn with fresh water.

These days, 90 percent of the city’s water comes from reservoirs upstate — and the Ridgewood Reservoir is a white elephant.

NYC H2O, a nonprofit that runs educational programs about New York’s water system for city schools, has taken on the job of foster parenting the orphaned reservoir in the last few years.

To show off just how much the 50-acre site has appreciated the attention, NYC H2O last weekend restarted its monthly community tours that had been suspended since the outbreak of the virus last spring.

Matt Malina, an energetic high school math teacher, started NYC H2O in 2014 to bring city schoolchildren in every borough to the places where their water comes from, including the Central Park Reservoir in Manhattan, Silver Lake in Staten Island and Jerome Park Reservoir in the Bronx.

From the beginning, the Ridgewood Reservoir was special, he said last week.

“It’s in the center of everything, quite literally,” he said. Located in Highland Park on the Brooklyn-Queens border, the reservoir is within a 20-minute bus ride of 760 schools in the two boroughs, Malina figures.

“It is by far our most popular tour,” he said.

When it was opened on the eve of the Industrial Revolution, the reservoir was the main source of water for Brooklyn, then an independent city.

Fed by aqueducts from Long Island, the site quickly grew to three basins holding 300 million gallons of water, an eight-day supply back then. (Today, New York City uses that much water before noon.)

When Long Island authorities shut off the spigot at the turn of the last century under pressure from local farmers and fisherman, the reservoir was slowly phased out of the city’s water system. Finally, in the 1980s, it was decommissioned and drained.

Flash forward 35 years and the reservoir now represents one of the largest unspoiled natural landscapes in the city, an outdoor laboratory for “what happens when you just get out of the way,” as NYC H2O Assistant Director David Chuchuca puts it.

The 90-minute community tours are conducted by Chuchuca, a microbiologist who mixes local history with talk on how urban landscapes work given half a chance.

The tours are free and booked on a first-come-first-served basis through the organization’s website, nych2o.org. They are limited to two groups of 10 people, a protocol adopted since the pandemic, and both this past weekend were sold out. The next date is not yet determined but will be posted on the website when it is.

A wide walkway skirts the perimeter of the reservoir. On weekends at least, it is shared by a steady crush of runners and bike riders who can traverse the mile-and-a-half circuit uninterrupted by red lights or cross traffic.

Chuchuca guides the tour off the main walkway down paths that were closed off years ago to the general public and are only now are being cleared by volunteers.

“The site is large, 50 acres,” said Malina. “It’s more than the Parks Department can really handle. So they’ve asked us to help with some little projects.”

NYC H2O is hosting a volunteer landscaping event at the reservoir on Nov. 1, as well as a cleanup of Baisley Pond Park in South Jamaica on Nov. 14. The group also put together an exhibition of photos and artifacts about the reservoir at the Queens Museum for a show that opened last summer and runs through Jan. 17.

The school tours are on hold for the foreseeable future, said Malina. But the group has turned to community tours and its education program to keep its mission alive.

If all goes right, said Malina, the reservoir’s future will be modeled on Alley Pond Park, with its network of well-maintained trails, a visitors’ environmental center and year-round teaching programs.