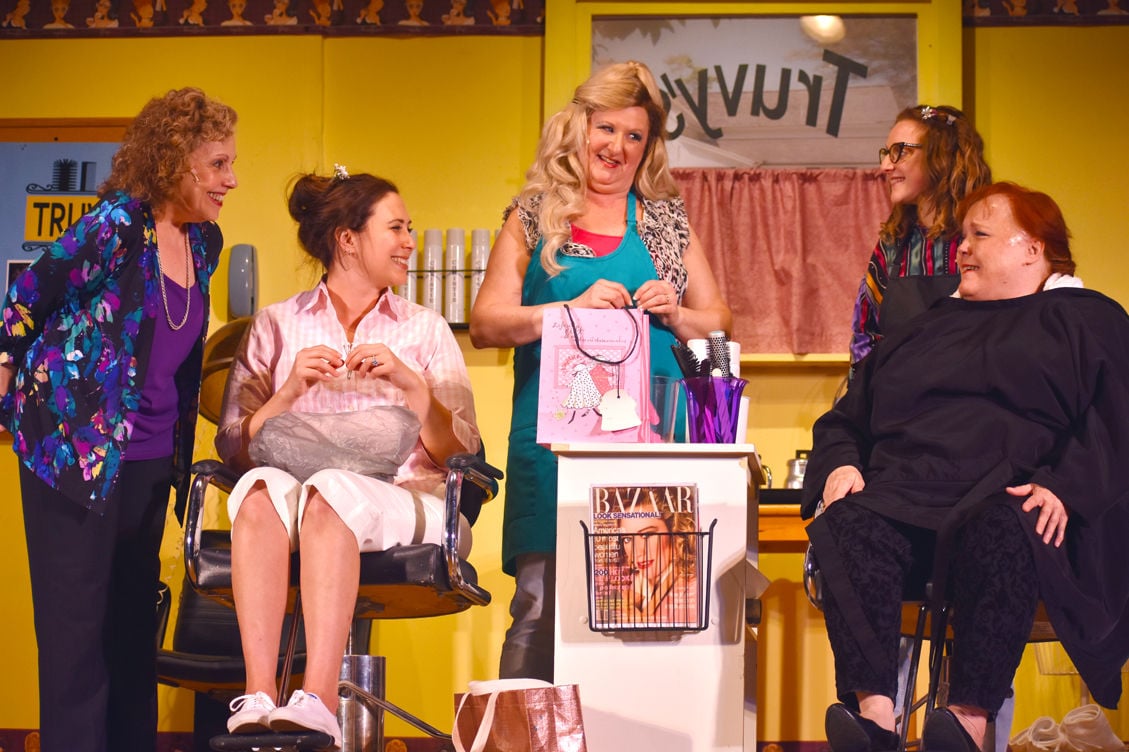 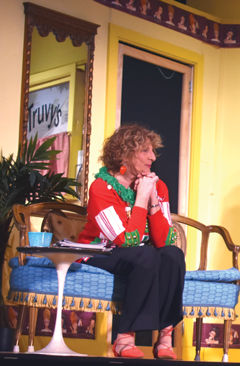 “Steel Magnolias,” a popular play that remains a mainstay in community theaters across the country, takes its grand time in getting to its heart — a story of love and sacrifice — while introducing its cast of six female characters and the special relationship that exists among them.

There’s plenty of talk and down-home humor, and one might well wonder where it’s all leading.

It leads to some devastating developments, taking its protagonists, and its audiences, on a rollercoaster of a ride, before ending with at least a touch of optimism.

The play, by Robert Harling, based on people and situations in his own life, is the current offering at Theatre By The Bay NY in Bayside, where it runs through March 22.

It’s set in Truvy’s Beauty Salon in the fictional town of Chinquapin, La., in the 1980s, an ideal place for the local ladies to gather, bond, and, of course, share the latest gossip and a few recipes. It’s their home away from home. And, when the need arises, it does quite well as a pseudo-psychiatrist’s office and part-time confessional.

You will likely come away not remembering much about what happens in the play; truth be told, not a whole lot does. But you will most assuredly remember at least some if not all of the individuals who spend time at Truvy’s.

The play is a rarity in that it offers no fewer than half a dozen meaty roles for women of various ages and types. A note in the program from the production’s director, Patrice Valenti, explains the title: The characters possess the strength of steel but the gentleness of the magnolia, a flower often associated with nobility and dignity. They are “delicate yet strong, gentle in spirit and fiercely empowering.”

And so they are. And Valenti hit the jackpot with her cast. Every member of the strong ensemble fully inhabits her character and brings her vividly to life.

The focus is largely on a mother, M’Lynn, and her young adult daughter, Shelby, who, as the play begins, is about to be married. Over time, we learn that mom is a social worker, strong-willed and stubborn. She is also known for keeping confidences confidential. Her only daughter (among three children) is no less determined. A pediatric nurse, she must face the reality that a chronic illness means she may likely never have children of her own.

Marking a return to the TBTBNY stage, Rosemary Kurtz is a strong presence throughout; she has her finest moment near play’s end when M’Lynn suffers a short-lived emotional outburst that had long been building inside her.

Nili Resnick, a familiar face on the local scene, is convincing as the young woman who is forced to make a difficult decision that has a long-lasting effect on the others.

Liz Zimmermann is Truvy, a vivacious Southern belle and sometime mother figure who longs for romance. Carol Berger Giorgio does well as Ouiser, the town eccentric, perpetually grouchy and armed with a talent for sarcasm.

Samantha Kalinsky’s character, Annelle, undergoes the greatest transformation throughout the evening, from timid newcomer to wild child to repentant Christian. And Annette Daiell brings an appropriate sense of sophistication to Clairee, widow of the town’s former mayor.

The pacing at last Saturday’s opening was a bit slow, due, in part, to some tentative line deliveries, an issue that will likely diminish as the run progresses.

The set, designed by Valenti and Lila Edelkind, is a study in detail, complete with period swivel chairs, hairdryers, sink, coat rack ... the perfect look.