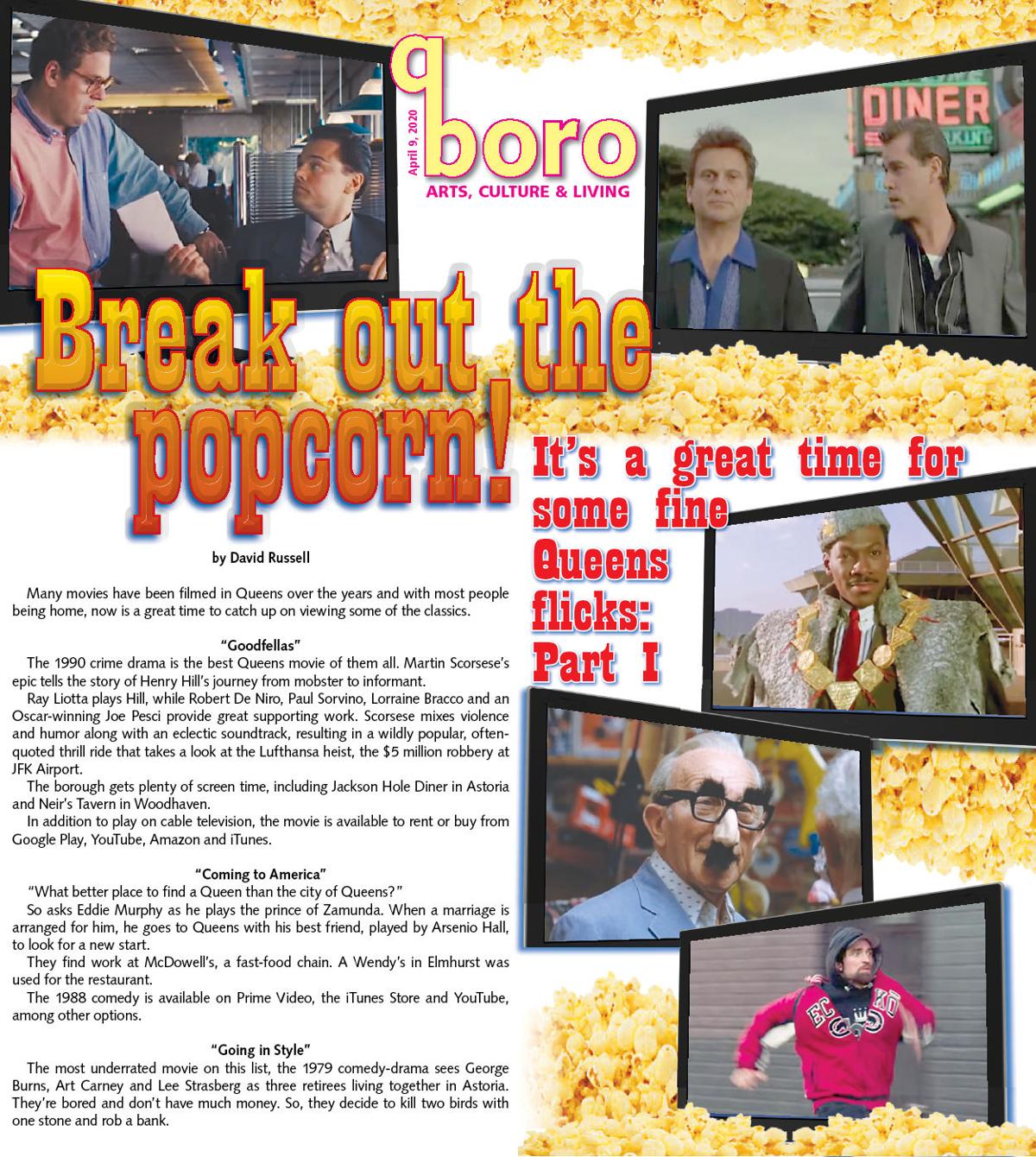 On the cover: Scenes from our five selections for this week. 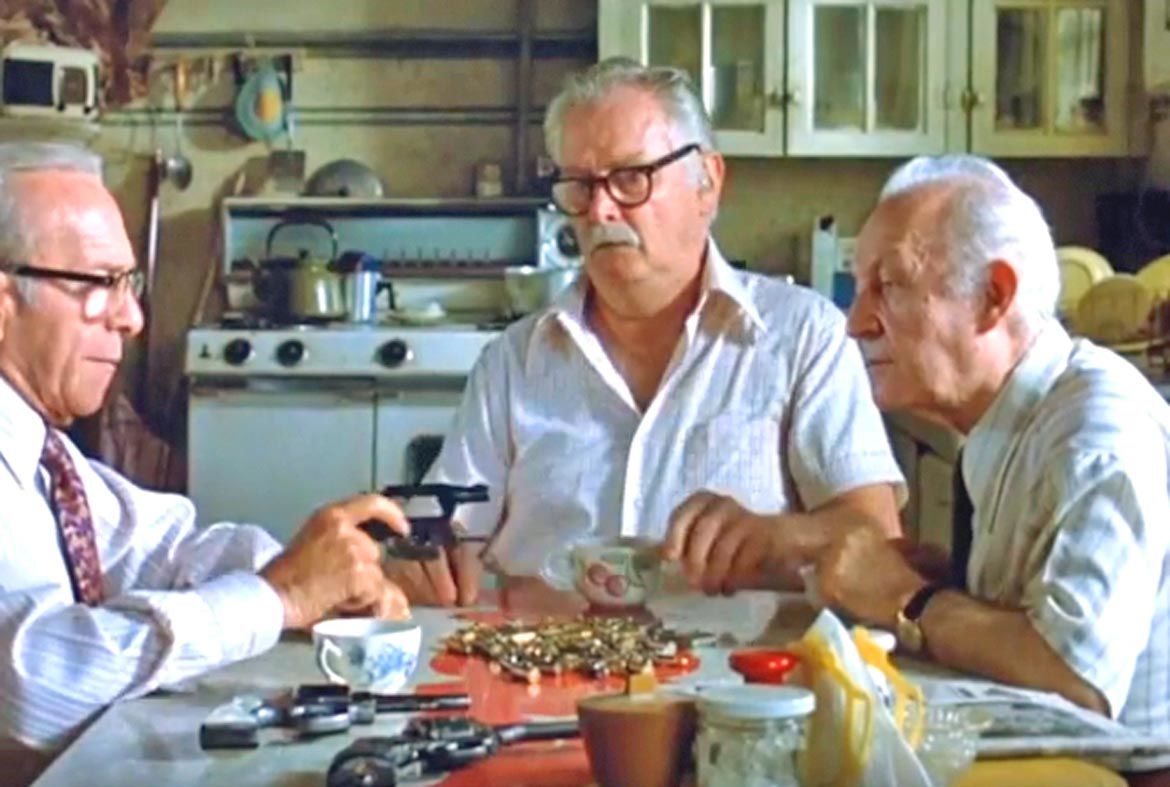 George Burns, left, Art Carney and Lee Strasberg play three retirees in Astoria who plan on robbing a bank in “Going in Style.”

On the cover: Scenes from our five selections for this week.

George Burns, left, Art Carney and Lee Strasberg play three retirees in Astoria who plan on robbing a bank in “Going in Style.”

Many movies have been filmed in Queens over the years and with most people being home, now is a great time to catch up on viewing some of the classics.

The 1990 crime drama is the best Queens movie of them all. Martin Scorsese’s epic tells the story of Henry Hill’s journey from mobster to informant.

The borough gets plenty of screen time, including Jackson Hole Diner in Astoria and Neir’s Tavern in Woodhaven.

In addition to play on cable television, the movie is available to rent or buy from Google Play, YouTube, Amazon and iTunes.

“What better place to find a Queen than the city of Queens?”

So asks Eddie Murphy as he plays the prince of Zamunda. When a marriage is arranged for him, he goes to Queens with his best friend, played by Arsenio Hall, to look for a new start.

They find work at McDowell’s, a fast- food chain. A Wendy’s in Elmhurst was used for the restaurant.

The 1988 comedy is available on Prime Video, the iTunes Store and YouTube, among other options.

The most underrated movie on this list, the 1979 comedy-drama sees George Burns, Art Carney and Lee Strasberg as three retirees living together in Astoria. They’re bored and don’t have much money. So, they decide to kill two birds with one stone and rob a bank.

Burns, who was in the midst of his 1970s comeback after not appearing in a movie onscreen since 1939, plays the mastermind of the unlikely heist as his two friends go from skeptical to interested in doing something more exciting than sitting in the park and feeding pigeons.

“Going in Style” can be bought or rented on YouTube and is available on DVD.

A recent entry, the 2017 crime film sees Robert Pattinson as Connie Nikas, a man on the run with his developmentally disabled brother after they rob a bank. What follows is a wild, extended chase as Nikas tries to help his brother and avoid the cops.

Popular Community Bank in Elmhurst is where the initial crime takes place; Pattinson tries to get money from American Liberty Bail Bonds in Kew Gardens; other filming locations include New World Mall in Flushing and White Castle in Elmhurst.

“Good Time” is available on Netflix and for purchase on Google Play, YouTube, Vudu and Prime Video.

“The Wolf of Wall Street”

If “Goodfellas” leaves you wanting more Scorsese, there’s “The Wolf of Wall Street,” about Bayside’s Jordan Belfort and his stock-market scheming.

Leonardo DiCaprio plays Belfort as the movie sees his rise from young broker to wildly successful trader to disgraced criminal. In one scene, filmed at the old Shalimar Diner in Rego Park, Belfort talks his neighbor, played by Jonah Hill, into joining him in the business.

Don’t be scared off by the movie’s three-hour run time. The rapid pacing, action and dialogue don’t give the audience much time to be bored.

“The Wolf of Wall Street” is on Hulu and can also be purchased on YouTube, Google Play, Vudu, Amazon Prime and iTunes.

Part two of this series will run next week, as Michael Gannon takes a look at five more essential Queens films.