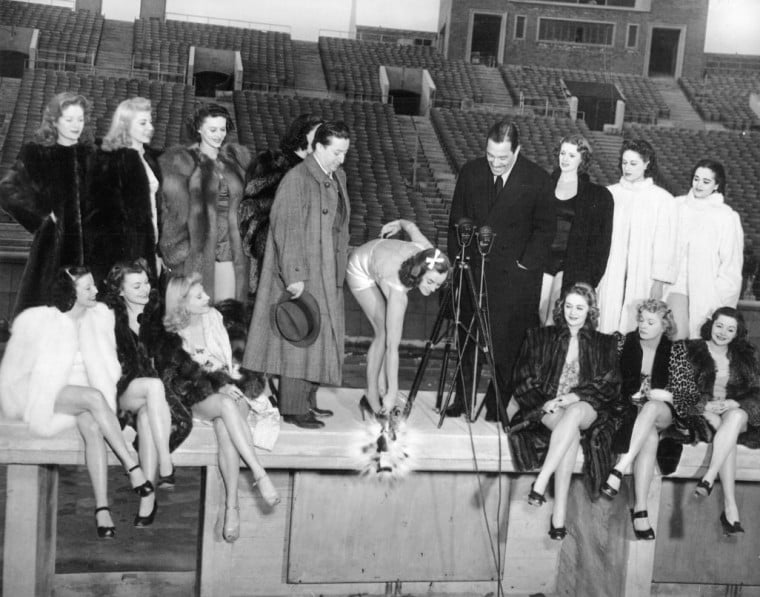 Olympic swimmer Eleanor Holm breaks a bottle of champagne to dedicate the Aquacade in March 1939. 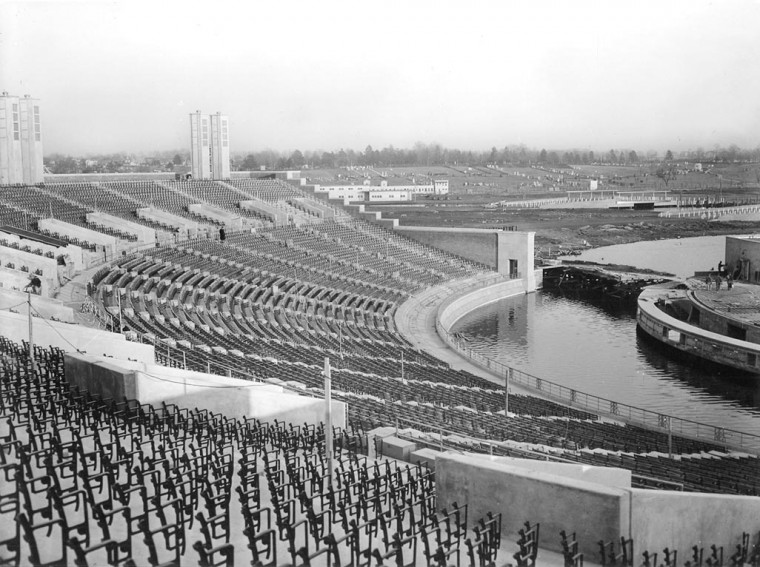 The amphitheater as it neared completion in February 1939.

Olympic swimmer Eleanor Holm breaks a bottle of champagne to dedicate the Aquacade in March 1939.

The amphitheater as it neared completion in February 1939.

To build the 11,000-seat amphitheater, a stage was constructed 60 feet off shore in Fountain Lake, in the amusement area of the 1939 World’s Fair at Flushing Meadows Park. It contained three smaller revolving stages and a steel swimming pool with a diving tower 75 feet high. Holm co-starred with Johnny Weissmuller in 1939 and Buster Crabbe in 1940. Their shows were a major attraction in the amusement area.

On a cold March morning before the fair opened, Grover Whalen, the exposition’s president, beamed his approval as Holm smashed a bottle of champagne to dedicate the Aquacade. A troupe of chorus girls from Rose’s Diamond Horseshoe Night Club were on hand to provide a seductive background for publicity.

When the fair closed, the Aquacade was one of the few exhibits saved from destruction. It later became The Flushing Amphitheater, where Elliot Murphy hosted yet more aquashows. The structure also served as a much- needed swimming pool for the residents of central Queens in the 1950s and was enjoyed by many. It was later refitted for water shows for the 1964-65 fair.

But sadly, officials let the building fall into disrepair and chose to demolish it instead of restoring it. It was torn down in April 1996 at a cost of $798,000, plus $500,000 to restore and grade the area, and is still sorely missed by many residents.