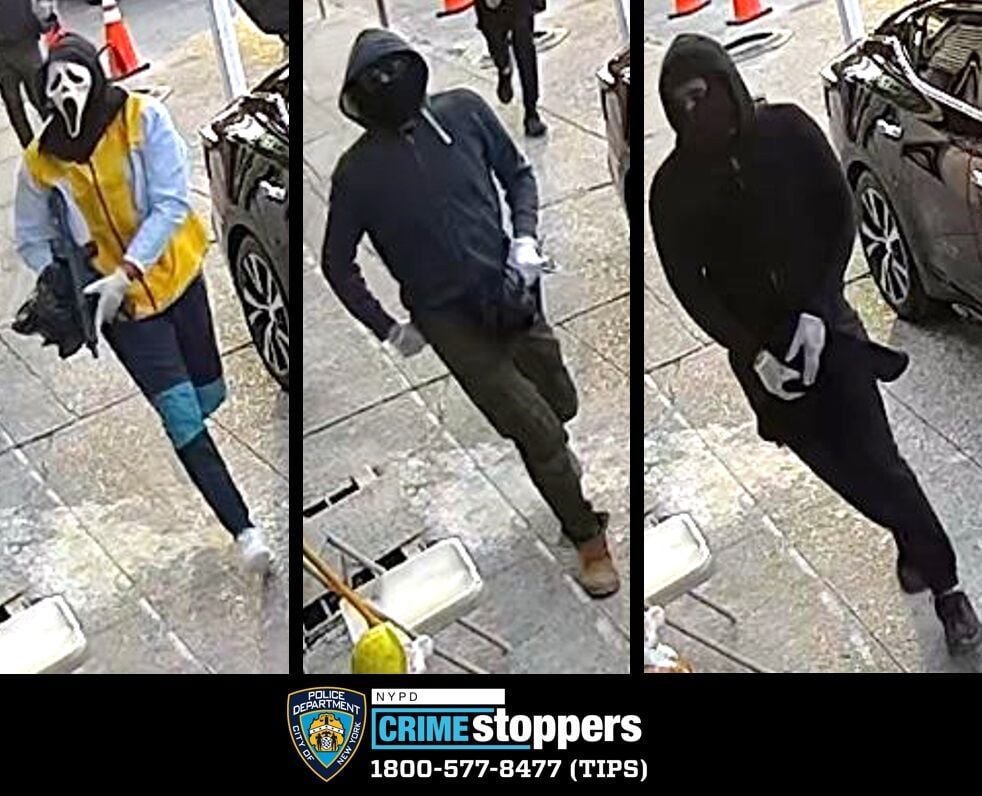 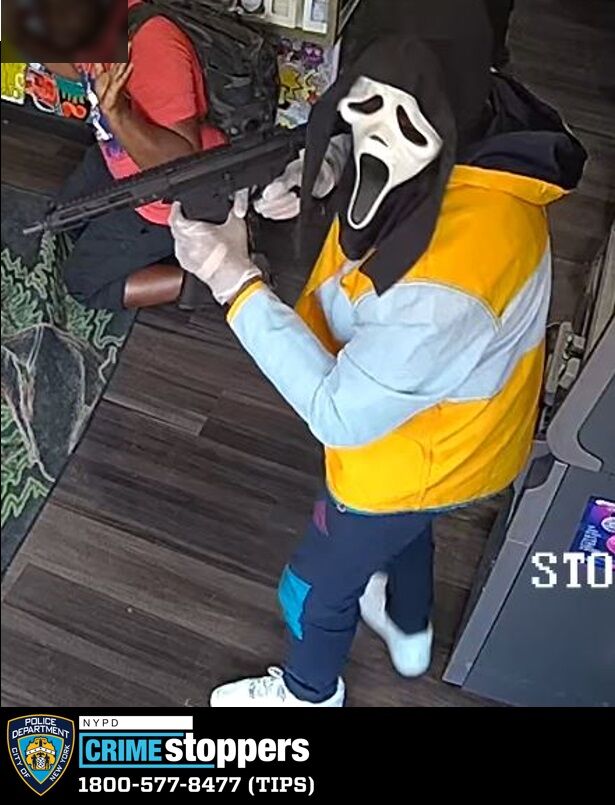 Three masked men held up a South Richmond Hill convenience store on Wednesday evening. All in masks, one donned a "Scream" costume one.

Three masked men held up a South Richmond Hill convenience store on Wednesday evening. All in masks, one donned a "Scream" costume one.

A line of cars was stopped at a red light at the corner of 109th Avenue and the Van Wyck Expressway in South Richmond Hill on Wednesday when three masked and armed robbers hopped out of a black Mazda with no visible license plates and held up a convenience store.

A few minutes before 6 p.m., three armed men entered the location, two with handguns and one with what appears to be an assault weapon, according to NYPD officials. Surveillance footage from outside the store and inside at different angles captures the stickup.

The store appeared to have eight individuals inside, including workers and patrons, and the suspects demanded cell phones from people within the store, taking two from patrons and two from employees.

Police describe the men as in their 20s to 30s and with dark complexions.

Two were wearing dark-colored zip-up hoodies and dark-colored ski masks. The other individual, who carried the rifle and manned the door, was decked out in a yellow striped jacket, navy blue pants with light blue kneecap patches and a “Scream” costume mask.

There were no injuries incurred as a result of the incident.

WITH VIDEO: Gunpoint robbers broke out the Halloween mask early 2