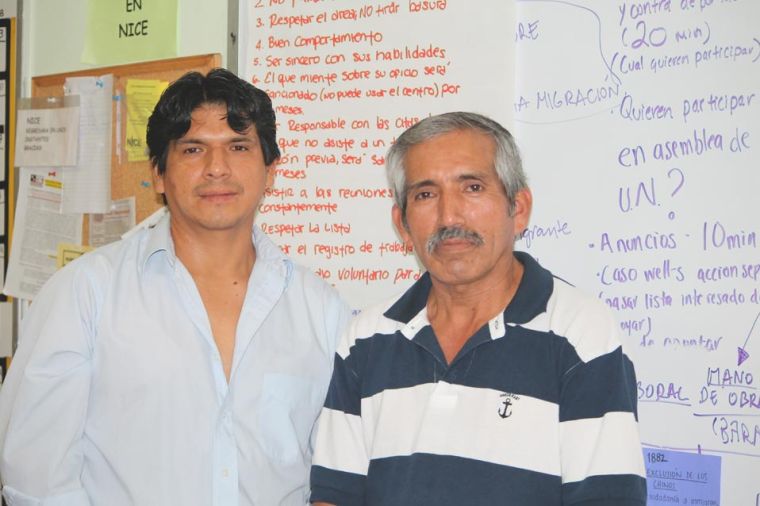 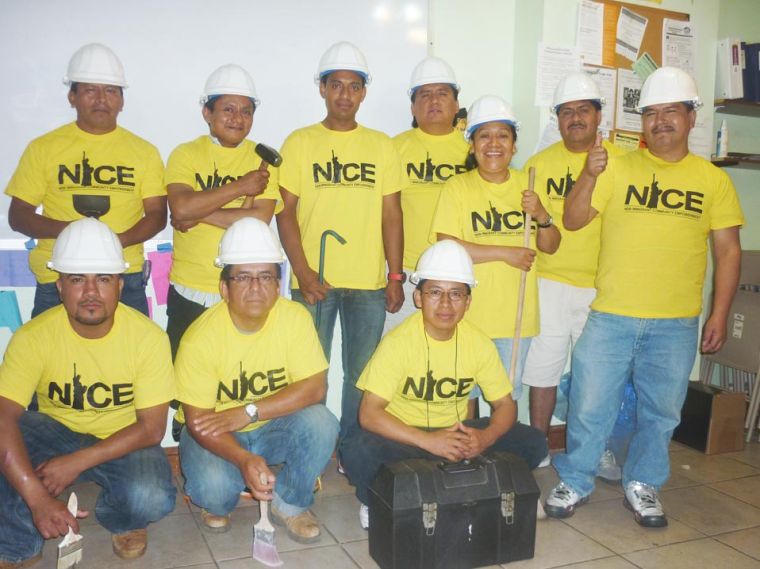 So far about 50 people have joined NICE’s Workers’ Center.

So far about 50 people have joined NICE’s Workers’ Center.

So far about 50 immigrants have signed up and about 40 different work orders have been placed — though NICE only accepted half of those placements after a safety inspection and baseline wage negotiations were not satisfactory, which is the main point of the center.

“About half of them didn’t seem right,” NICE Executive Director Valeria Treves said. “Some contractors are just thinking about the bottom line.”

She said the hope of the center, which so far has been met, is to prevent wage theft, certify workers and educate both workers and employers on fair compensation.

In one instance a NICE workers’ center member showed up to a job after being promised the baseline wage of $12 an hour. Once there the woman offered only $8. He walked off the job.

Daniel Avila, of Corona, joined the center about four months ago.

“What can I say?” he said in Spanish. ”Here is 100 percent different than on the corner. I have found camaraderie and quality work. It’s very different.”

In Jackson Heights the day laborer pickup sites make up a giant cross running on 69th Street from Queens Boulevard to the Brooklyn-Queens Expressway and up Roosevelt Avenue from 72nd to 65th streets.

There’s also a stop at Parsons Boulevard and Main Street in Flushing and Broadway and Steinway Street in Astoria.

Avila, 40, is a trained plumber who moved to the United States six years ago and now works installing Sheetrock. Waiting for a job to pull up to one of the makeshift corner sites has not been lucrative.

He once worked for 60 hours and at the end of the week the business refused to pay him.

“There’s humiliation of workers and they make us work extra hours and then they don’t recognize that,” he said, adding that he often only landed a job once a week.

“At the day laborer stop I only worked one or two days a week; here I’ve received jobs for five days at a time,” Pintado said in Spanish.

“We know all contact information of each contractor,” Navas said, “and we follow up with them afterwards.”

The basic rules, higher rates of pay, the design for fliers and when to meet for organizational purposes are all decided by the participants.

Members were reached through word of mouth, outreach at the day laborer stops and online at Facebook, Craigslist and Yelp.

Centers such as these have been proven to cut down on wage theft, which is a “number one problem,” Treves said.

The center focuses on construction work, though a few people have called asking for cleaning services and NICE placed a few members they knew through their many other activism groups and classes.

Additionally, NICE works with the Occupational Safety and Health Administration to certify the workers. Workers are charged about $15, which goes towards materials and supplies for the center.

Receiving the certification directly through OSHA can cost up to $200 per person.

In the future the center hopes to offer plumbing and scaffolding certifications and in the nearer future while workers wait for a job at the NICE office at 37-41 77 St. — which are dispatched on a first-come, first-served basis off a sign-in sheet each morning — they will be able to take English as a Second Language courses.

“This sector of the workforce is hungry for skills,” Treves said.