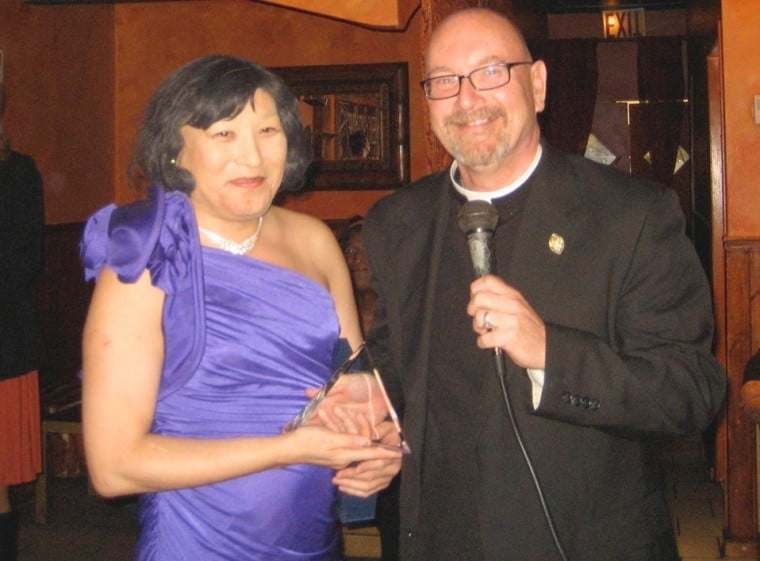 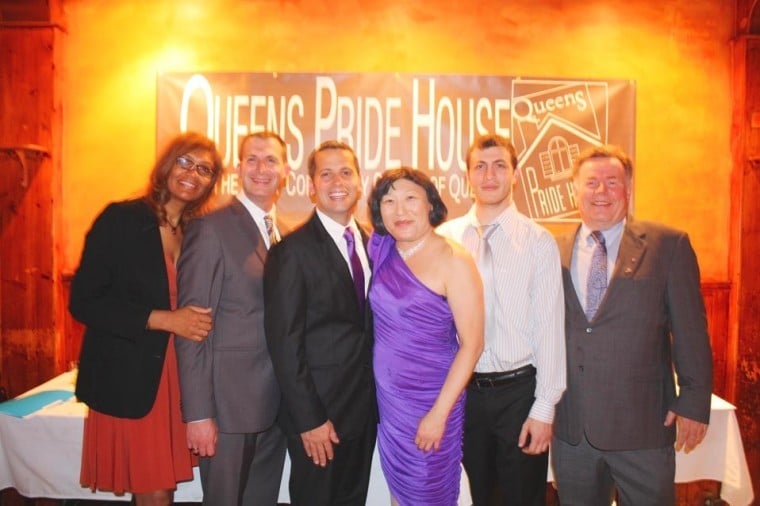 Queens Pride House celebrated its 15th anniversary on Thursday with a benefit at Novo in Jackson Heights.

The event honored Selena Blake, above left, the documentarian behind “Taboo Yardies,” about homophobia in Jamaica; Ross Levi, who led successful marketing campaigns for the Dignity for All Students Act and the state marriage equality law; Raphael Miranda, weather producer for NBC New York, who served as master of ceremonies; Pauline Park, board of directors president and acting executive director of QPH; Daniel Cano, a student of social work at Hunter College; and Charles Ober, chief financial officer of QPH.

Voces Latinas was honored for its work with immigrant Hispanics in Queens living with HIV/AIDS.

The Rev. Charles McCarron, top right, the first executive director of QPH, was also honored at the event.