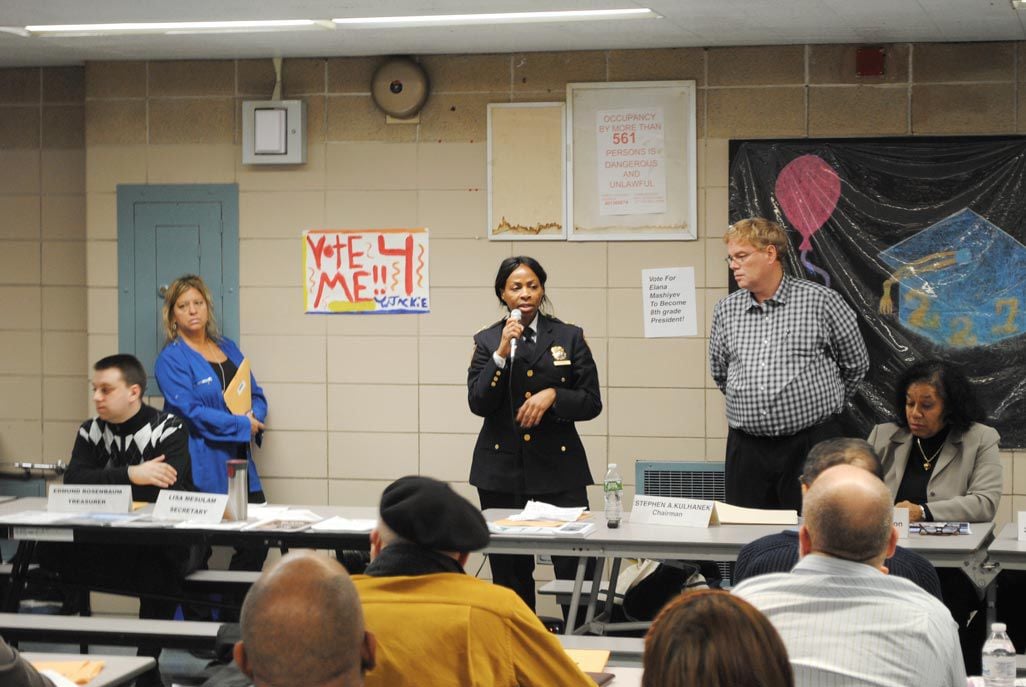 Asst. Chief Juanita Holmes, commander of Queens North, addresses Community Board 3 members about traffic deaths and other issues in the area. 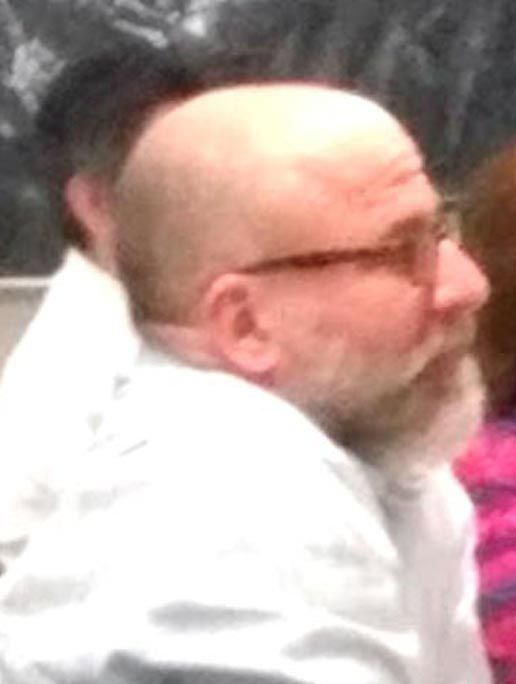 Asst. Chief Juanita Holmes, commander of Queens North, addresses Community Board 3 members about traffic deaths and other issues in the area.

A day after a 67-year-old Jackson Heights man was hit and killed steps away from his home, a top cop said officers are getting ready to make sure motorists and pedestrians are following the rules of the road.

“We’ll be out there campaigning in the next couple of days,” said Assistant Chief Juanita Holmes, commanding officer of Patrol Borough Queens North, at last Thursday’s Community Board 3 meeting.

Roughly 24 hours before Holmes addressed the board, Henry Boimel was hit by an Uber driver — not on the job — at 37th Avenue and 76th Street. The motorist, Dinesh Bhattari, struck him as he was making a right turn onto 76th Street. Boimel was pronounced dead at Elmhurst Hospital Center and Bhattari was issued a desk appearance ticket and charged with failing to yield to a pedestrian in a crosswalk.

The assistant chief said unsafe driving is a pervasive issue in the 115th Precinct and Queens North — according to NYPD statistics, her command issued more than 6,000 violations to drivers not giving the right of way to pedestrians in 2016, 536 in December alone.

While her officers will be cracking down on motorists and reminding them to be safe — in addition to visiting senior centers and civic meetings to spread the word — she also issued a warning to those walking the streets.

“It’s not just the motorists,” Holmes said. “The pedestrians also have a duty to make sure they’re in the right spot.”

Identity theft has also been an issue in the area, she said, a crime that is difficult to fight since it can be committed from anywhere.

In other board business, members voted for a new chairman after three-year incumbent Stephen Kulhanek was term-limited.

“I found it remarkably rewarding to be the chairman,” Kulhanek said, later joking, “I hope I’ll be remembered for having a last day in office as somebody with a much more important job than I had.”

Phillip Papas was voted the new head of the panel over former treasurer Edmund Rosenbaum, who gave up his nomination to continue his term as treasurer for a shot to become chairman. No vote tally was provided.

The other races for executive board members were uncontested as all but one incumbent were also term-limited: Shiv Dass was voted first vice-chairman, Renetta English second vice-chairwoman and Laverne Nimmons as treasurer.

Lisa Mesulam will continue as secretary.

Three liquor licenses were approved, while another applicant saw its bid denied.

Tradiciones Mexicana Corp., located at 96-07 37 Ave., was shot down 19-10 for a wine/beer application due to past trouble at the location and the fact that the new owner wanted to change it from a restaurant to a bar with a limited menu, Business Economic Development Committee Chairman Rosenbaum said.

The 10 members who voted against the panel’s resolution felt it was unfair to punish the new owner for past proprietors’ actions.