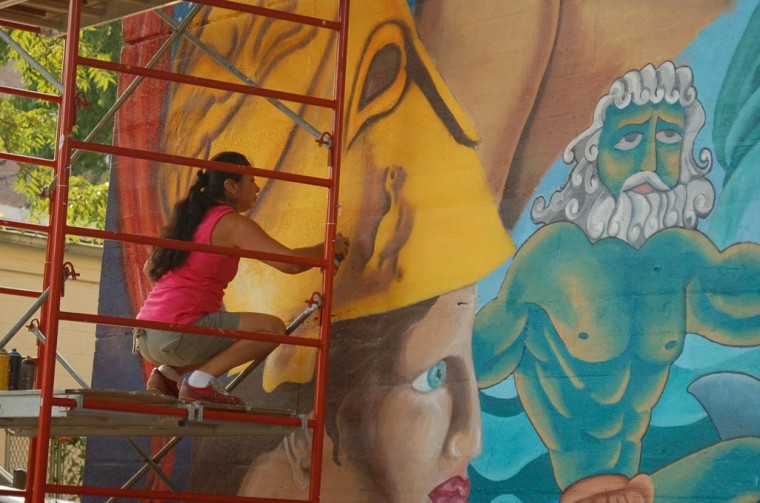 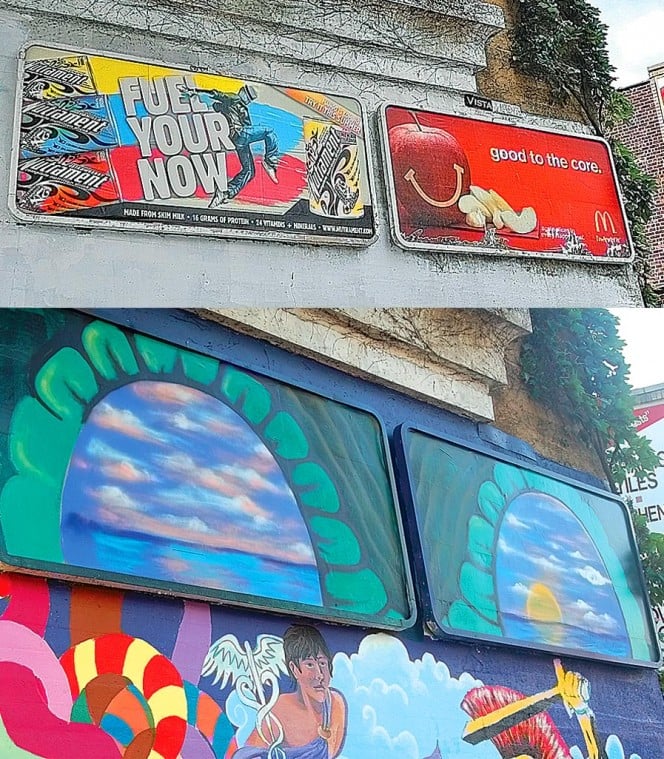 Illegal billboards on an Amtrak wall, top, were painted over by Artist Free 5. 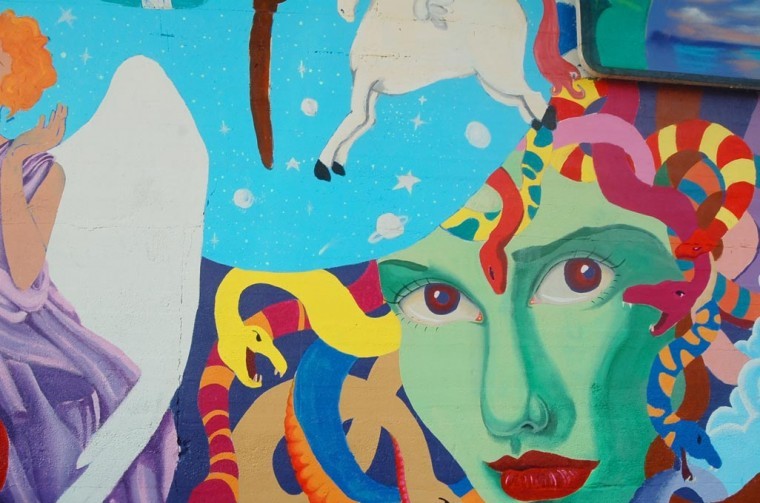 Medusa, as depicted on the mural.

Illegal billboards on an Amtrak wall, top, were painted over by Artist Free 5.

Medusa, as depicted on the mural.

Greek mythology has sprung to life under the Amtrak viaduct on Steinway Street as two billboards advertising Big Macs and sugary beverages have been laid to rest.

Artist Lady Pink worked with high school students from the Frank Sinatra School for the Arts to paint a Greek-inspired mural on the wall next to the Olympia Cafe and Billiards on 23-44 Steinway in Astoria.

“Watching the process from sketch to mural is amazing,” said New York Anti-Crime Director Antonio Meloni, who has worked with the school on all 13 murals in the “American Heritage Series” — named because the works depict many different cultures.

“I can see why people turned to stone,” Meloni added, pointing to the beautiful Medusa with electric-colored snakes and piercing eyes.

Lady Pink said a mural of this size would typically cost $12,000, but she and the students created the art for the cost of a free Greek lunch and as a service to the neighborhood.

The anti-crime organization has cleaned this Amtrak wall of graffiti 60 times in the last year, according to Meloni. But as he has seen at the other 12 mural sites, the artwork stops graffiti vandals.

Sandra Fabara, known as Lady Pink, started painting in her high school years as a graffiti artist, but said she now uses her art “for good, not evil.” Her works can be seen at the Whitney Museum, the Metropolitan Museum of Art, the Brooklyn Museum and the Groninger Museum of Holland.

The mural team worked with restaurant owner Costa Constantinou to come up with a theme for the work. Through these talks, Lady Pink found out the billboards advertising McDonald’s and Nutrament were not supposed to be there. But the posters inside the metal frames have changed a few times during the year, Constantinou said.

Constantinou does not own the building but rents the space and the parking lot under the Amtrak overpass. Amtrak, which owns the wall, gave permission to the school to paint the mural, according to Meloni. As for the billboards, they do not have the same.

“Amtrak does not permit any billboards or signage on its infrastructural walls,” Amtrak spokesperson Clint Cole said.

Artist Free 5 painted over the two billboards operated by Vista Media on Wednesday night. A supervisor with the company refused comment.

“They aren’t mine. It’s good they painted over them,” Constantinou said.