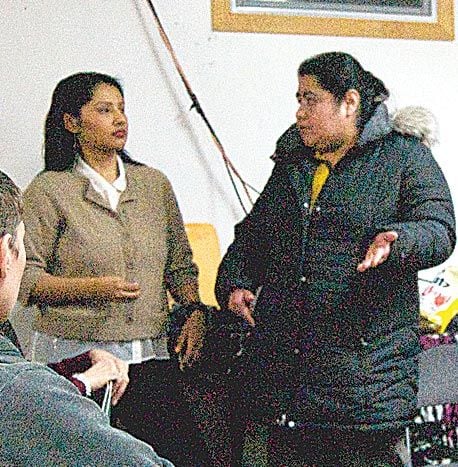 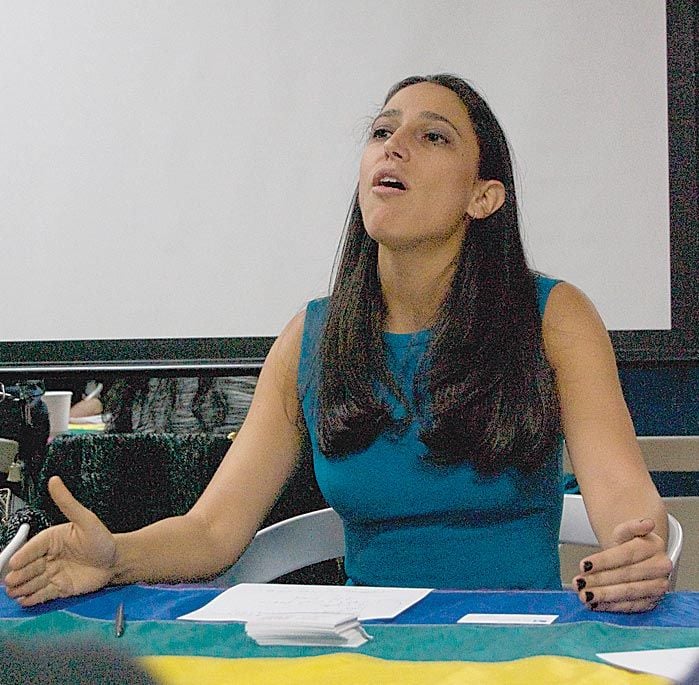 While elected officials have called for increased policing in Jackson Heights, Corona and East Elmhurst over recent years — noting spikes in crime they believe could be reduced with more cops — residents last Thursday stressed the opposite would occur and tensions be exacerbated.

Several people of the around 60 community members present at a forum at the Queens Pride House in Jackson Heights called adding more police to these areas a reactionary measure that doesn’t fix deep-seated issues of poverty among many of the immigrant residents.

The groups Queens Neighborhoods United, Sanctuary for Families, The Sex Workers Project, the Coalition to End Broken Windows, Chhaya and Desis Rising Up and Moving came together to speak about several issues facing the area, including LGBTQ rights and improving life for immigrants.

“If you’re white and on the corner and you take out two phones, you’re chill, right? But if you’re of color, that means you’re a hustler or you’re trying to sell something,” said one woman, who asked not to be named.

Queens Neighborhoods United’s Tania Mattos, who co-organized the event with Pauline Park, acting president of the Queens Pride House, said the group believes police officers needing to meet quotas take advantage of non-English speaking residents or immigrant street vendors who also aren’t as familiar with city laws. The group shot a cell phone video of one cop trying to issue a ticket to a Spanish-speaking food cart vendor for public urination. According to the group, the man asked where he had urinated, pointing to the ground, but was issued a ticket anyway.

Mattos added the neighborhood is at the top of those with street vendors being issued summonses with up to $1,000 in fines.

“I’ve witnessed firsthand the things my mother has encountered with the NYPD,” said Leticia Ochoa, a Queens native whose mother, an Ecuadorian-born licensed food vendor in the area, doesn’t speak English. “Growing up in the streets, I witnessed many things ... people like my mother have a different aspect of respect. They confuse respect with fear.”

Ochoa, also a Queens Neighborhoods United member, said there’s a rift between cops who need to issue tickets and immigrants, many of whom are simply trying to survive.

“We have cab drivers that will get pulled over for one offense and get five tickets and then they’ll say, ‘Why am I getting five tickets?’ And the officer will say, ‘Don’t worry about it, if you go to court you’ll just have to pay one,’” Ahmed said. “But then the cab driver is left between the decision of taking a day off of work or paying five tickets.”

Another topic of discussion was the overpolicing of transgender residents.

Lynly Egyes, an attorney with the Urban Justice Center, said 60 percent of her clients are in the LGBTQ community, with many also being immigrants. She said the policing of this community is high in Queens, with many being targeted and arrested because they were walking while trans. She stressed the behavior many police officers have used when handling a transgender individual on the street deepens a neighborhood’s already strong distrust of cops.

“When a transgender woman is arrested in Queens, what happens is, she’s pushed against a car. If she’s wearing a skirt, what the cop will usually do is feel up her skirt to feel her genitalia. Now, the entire community sees that,” said Egyes.

She added that when a transgender woman is jailed, she enters a male facility.

“That means someone who has breasts and long hair is going to go be put in general population with men,” she said.

One of her clients was beaten on the street, but found the police wouldn’t take her report even though her face was still cut and bruised from the day before.

Egyes also noted if an immigrant transgender person is jailed, it’s not unlikely that the next steps are part of what she calls a “jail to immigration detention pipeline.”

Mattos cited a report that said, between 2001 and 2010, Corona and Jackson Heights had the highest rate of deportations in all of New York City.

Another topic was the proposed expanded business improvement district [see separate story]. Many said the BID will lead to more police not being held accountable.

One woman said that for years, community members of color have been ignored, and the BID will worsen this.