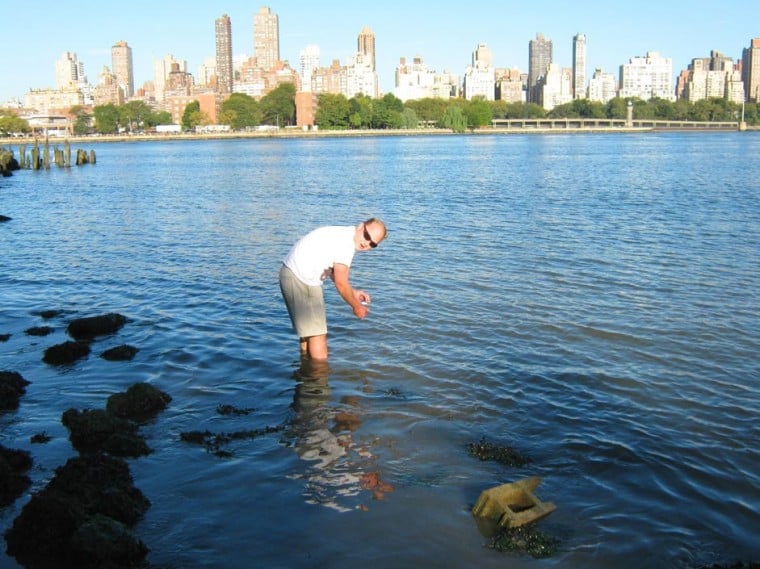 David Matten of the LIC Community Boathouse took a water sample from Hallets Cove on Sept. 20. High levels of Enterococcus bacteria in the water has researchers wondering if there is an illegal sewer line at the Long Island City location. 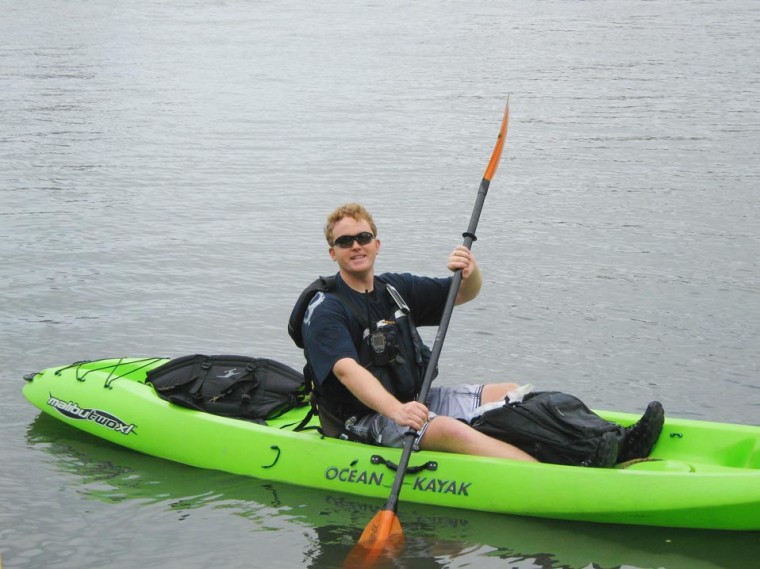 David Matten of the LIC Community Boathouse took a water sample from Hallets Cove on Sept. 20. High levels of Enterococcus bacteria in the water has researchers wondering if there is an illegal sewer line at the Long Island City location.

There are more harmful bacteria in Astoria’s Hallets Cove than in the city’s most “horrifically polluted” waterways, such as the infamous Newtown Creek, new data shows. And nobody knows why, though experts suspect an illegal sewer line.

“There’s a risk inherent in coming out into this water,” said Victoria Olson, who helps run a free kayaking program at Socrates Sculpture Park Beach at Hallets Cove. She is also chair of the Long Island City Community Boathouse, a nonprofit member of the New York City Water Trail Association.

“You can get fecal matter in your mucus membranes and have an adverse reaction,” Olson explained.

Hallets Cove, at Vernon Boulevard and 31st Avenue, had the most consistently high levels of Enterococcus bacteria — from human feces — out of 25 area waterfront sites tested this summer for the Citizens’ Water Quality Testing Project, run by the Water Trail Association. Elevated levels of Enterococci make for unsafe swimming conditions, and the water in the cove often contains 10 times the safe limit. The project’s organizers don’t know the source of the pollution and want the city’s Department of Environmental Protection to find out what’s wrong.

“We recently became aware of this issue and are looking into it,” said DEP spokesman Angel Rom·n, responding to phone calls with an emailed one-sentence statement. He declined to answer any other questions.

Olsen said DEP staffers “don’t seem to be quick to act,” and Steve Ellis of the LIC Community Boathouse Steering Council said the DEP has not responded to his request for an investigation at the cove.

Hallets Cove water was tested 23 times from May to September, and only five times was the water acceptable for swimming, according to Environmental Protection Agency guidelines.

“[The Enterococcus levels] are chronically high, which means there must be some perhaps illegal sewage line into that area,” said Sarah Durand, an associate professor of biology at LaGuardia Community College who examined the Hallets Cove water samples in her lab.

Others involved in the study agree. They base this hunch on the fact that heavy rainfall sometimes causes sewers to overflow and spill sewage, but Hallets Cove contained high bacteria levels even when there was no rain in the days before samples were collected.

“Hallets Cove has a lower percentage of days ‘acceptable for swimming’ [days when water has fewer than 35 Enterococci per 100 milliliters] than any of the other sites being tested, even those known to be horrifically polluted,” Ellis said in an email.

The average bacteria level over the 23 tests at Hallets Cove was 350 Enterococci per 100 milliliters of water, or 10 times the acceptable amount for swimming, the data shows. Spreadsheets are available at the Water Trail Association’s website.

“The numbers at this spot are out of line with pretty much the whole rest of the harbor,” said David Matten, an LIC Community Boathouse volunteer who helped collect samples at Hallets Cove.

Matten and Olson stressed the difference between swimming and boating. There are no universally accepted bacteria levels for safe boating, they said, so organizations like the LIC Community Boathouse still run their free kayaking programs when bacteria levels aren’t excessively high yet still might be risky for swimming. But both acknowledged that boating in high-bacteria areas could still be dangerous and that people are occasionally seen swimming in Hallets Cove.

Olson said people are notified about the risks of entering the water upon signing up to kayak.

“We tell each participant at the registration table and allow them to make a decision,” she said. “Some people, because of that, have decided they don’t want to go. And we’ve had people who didn’t want to bring their children ... so it definitely affected our numbers.”

Despite the decreased participation, the program went ahead as scheduled on Saturday. At least a half-dozen boats cruised across the cove on what may have been one of the last sunny and warm Saturdays of the season, though the LIC Community Boathouse’s last free kayaking session will be Oct. 7. The kayakers enjoyed themselves, though some did express concern about water quality.

Annie Dinerman, an Astoria resident who has used the program “10 to 12 times,” said the bacteria levels do bother her, but not enough to keep her from kayaking. She’s into environmental issues as well, describing herself as an “environmental musician.”

“The only way water-related issues are going to be properly addressed in everyday practice and in the laws and regulations is by the public taking a stand on it,” she said.