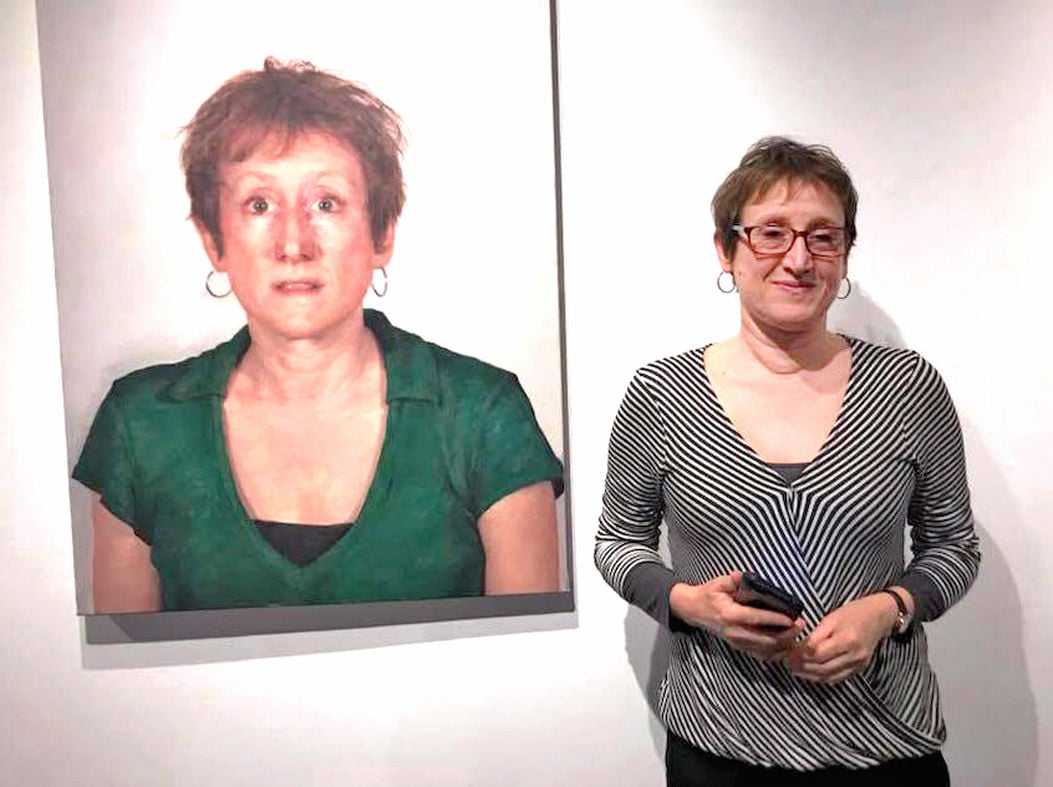 Activist and artist Jenny Dubnau, with self-portrait, and Plaxall Gallery Artistic Director Edjo Wheeler, next photo, differ on the impact rapid development has had on Long Island City and its creative community — and on how people should cope with it. 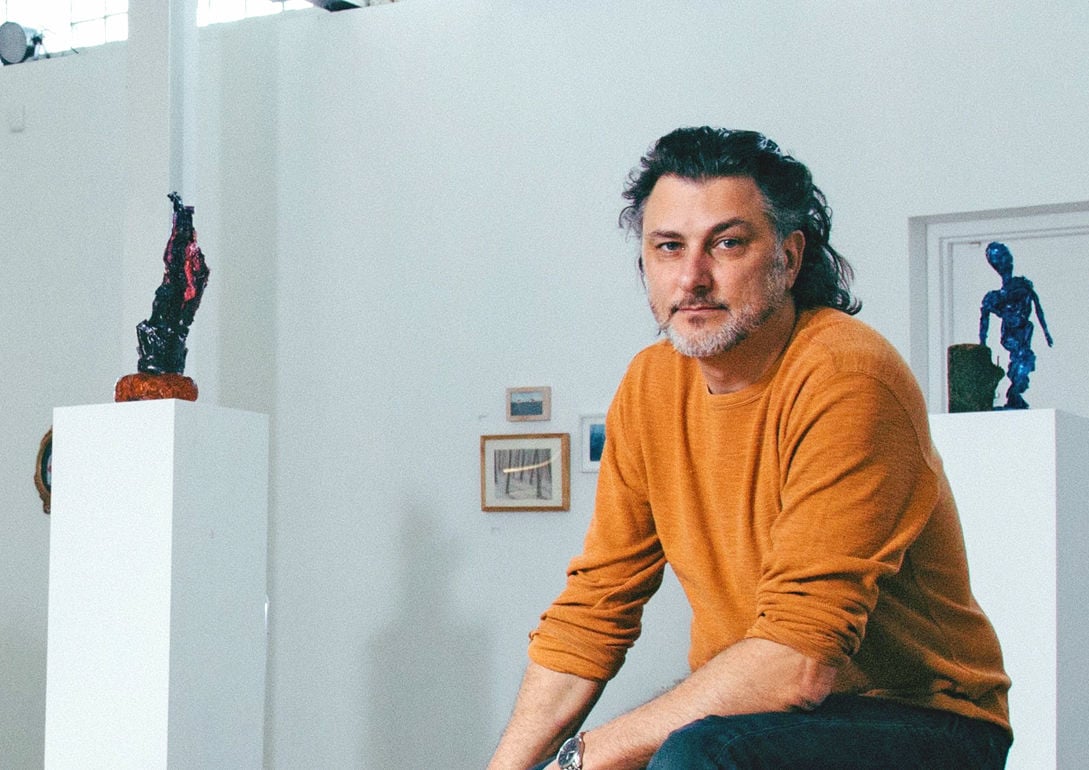 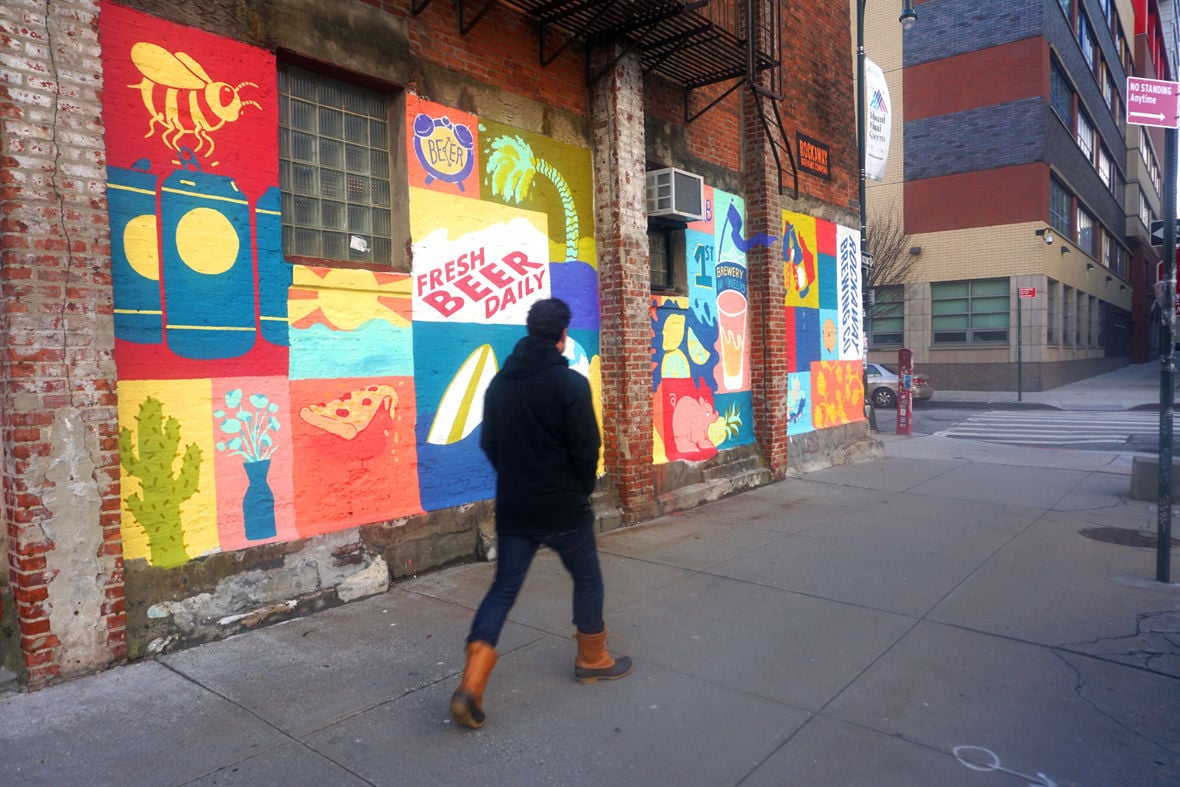 Activist and artist Jenny Dubnau, with self-portrait, and Plaxall Gallery Artistic Director Edjo Wheeler, next photo, differ on the impact rapid development has had on Long Island City and its creative community — and on how people should cope with it.

In Long Island City, shiny high-rises stand next to old industrial buildings adorned with colorful murals: the history of the neighborhood juxtaposed with its modernized present.

But for the neighborhood’s creative community, glass towers have come to symbolize the loss of spaces to create.

“Gentrification has made it harder to find space to do art,” said Edjo Wheeler, artistic director at the Plaxall Gallery, an art center opened by its namesake manufacturing and real estate firm in 2016.

In a district that continues to be ripe for new development, area artists are at odds over how to protect the thriving arts scene. They question whether the role of developers is to simply displace artists or if there is room for mutually beneficial collaboration.

“My personal opinion, if you want the arts to survive in the neighborhood, you are going to have to partner with the developers and business owners,” Wheeler said.

Others in the community, like activist and painter Jenny Dubnau, think seeking a closer relationship with developers is dangerous.

The argument that developers are crucial to preserving LIC’s creative community is “demonstrably false,” Dubnau said, adding, “I think that private developers are destroying the arts as a whole.”

She adds that some artists think that taking one or two crumbs from corporations, in the form of studio space, is a good trade-off to losing an entire ecosystem.

Other members of the community have changed their stance on whether artists should partner with developers.

“Remaining at odds and remaining to have competition, without considering working together, is not going to help the future of our community,” said Karesia Batan, a dancer and executive director of the Queensboro Dance Festival.

Steven Pedigo, director of research at the Creative Class Group, an economic growth advisory firm, said real estate companies understand that the presence of galleries and theaters can boost a developing neighborhood’s economy.

“The areas that tend to have large numbers of artists tend to have higher appreciation in real estate markets,” Pedigo said. Builders want to cash in on that promise.

For a private developer, renting space to arts organizations is a small investment with a potentially lucrative reward.

“Artists increase the symbolic capital of a place,” said Nicole Foster, an urban and economic development researcher, who has studied the relationship between artists and gentrifying areas in New York City.

Artists understand that to be the case as well.

“It is not extremely charitable of the developers to be doing this,” said Nat Roe, executive director at Flux Factory, an artists’ collective in Long Island City. “They are doing this for their own interest.”

Some artists and advocates say that real estate companies that market arts and culture in the district do little to fund the grassroots organizations fighting to keep the scene alive.

A solution could be for artists to come together to find a middle ground; that is, if they agree to meet.

At a recent board meeting Wheeler offered to host a community discussion at the Plaxall Gallery. “A couple of arts organizations refused to step foot in our building,” Wheeler said, because of the gallery’s ties to Plaxall, which has been in the neighborhood for over seven decades.

For Dubnau, a meeting with artists who are in favor of working alongside developers may be fruitless.

“I don’t know if it is really that productive,” Dubnau said. “I’m willing to talk to artists who are trying to fight back.”

One word in a quote from Nat Roe in this story was updated for clarity.