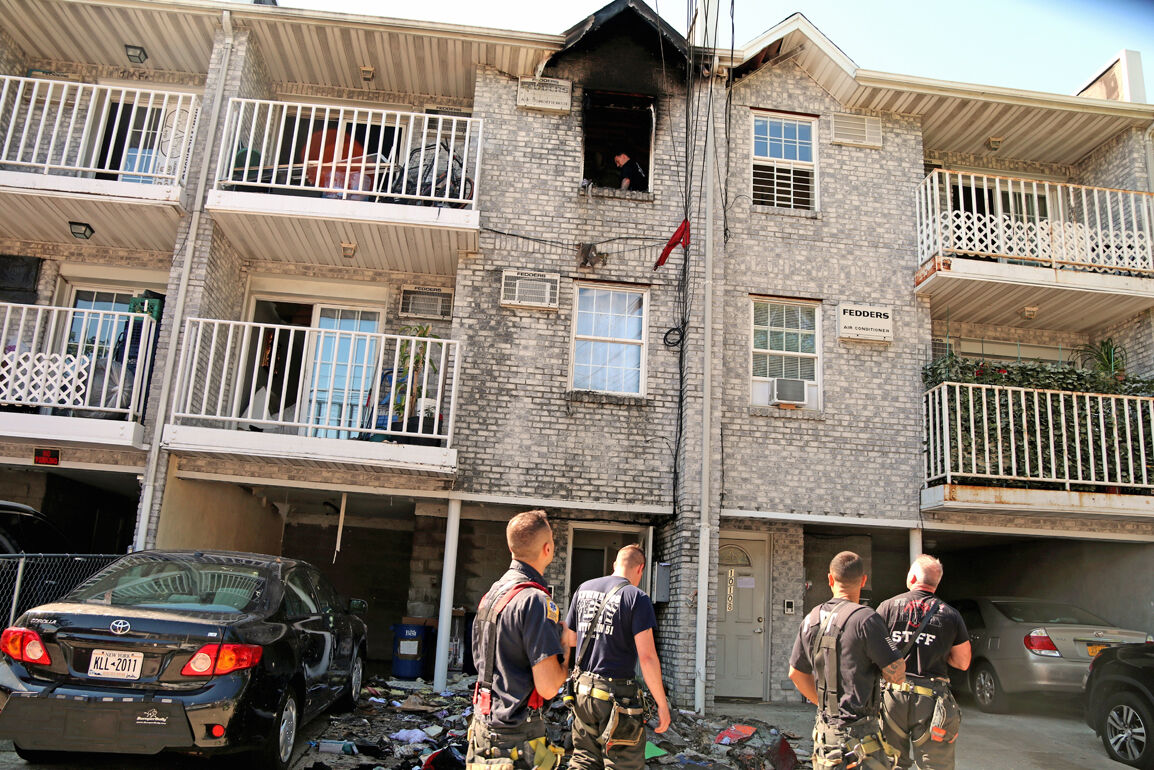 Four women were hospitalized in critical but stable condition after a fire broke out in an Ozone Park apartment at 101-10 101 Ave. early in the morning last Thursday, according to the FDNY.

The victims were a family — a single mom and her three daughters — who were asleep in the apartment when the fire broke out, according to Sofia Shah, who put together a GoFundMe for them.

They were exposed to large amounts of smoke and fumes that are now affecting their organs in addition to experiencing severe burns. As of Tuesday, the mother was still in a fragile state and remained on the ventilator. One of the daughters is off the ventilator and recovering, while the other two remain unresponsive, according to Shah.

Within four minutes of getting the call, FDNY units had made it to the scene around 4:17 a.m. and were able to rescue the four women from the burning apartment on the building’s third floor.

“Heroically they pushed up to the third floor with heavy fire showing. They found four victims on that floor. People were all in respiratory or cardiac arrest,” said FDNY Commissioner Daniel Nigro at the scene.

All four of the women were taken to Jamaica Hospital Medical Center.

“As of now we have four people that are clinging to life and we can be thankful to the members of our department for giving them this chance,” Nigro said.

The FDNY got the fire under control just after 5 a.m.

The Fire Department did not find a working smoke detector or alarm of any kind in the building, according Nigro.

The cause of the fire was not immediately known. Nigro said that investigators are looking at an electrical source.

The eldest daughter just finished school and is helping her mother support the household. The second daughter is slated to start college soon. Shah described them as “a down to earth, loving and good-hearted family.”