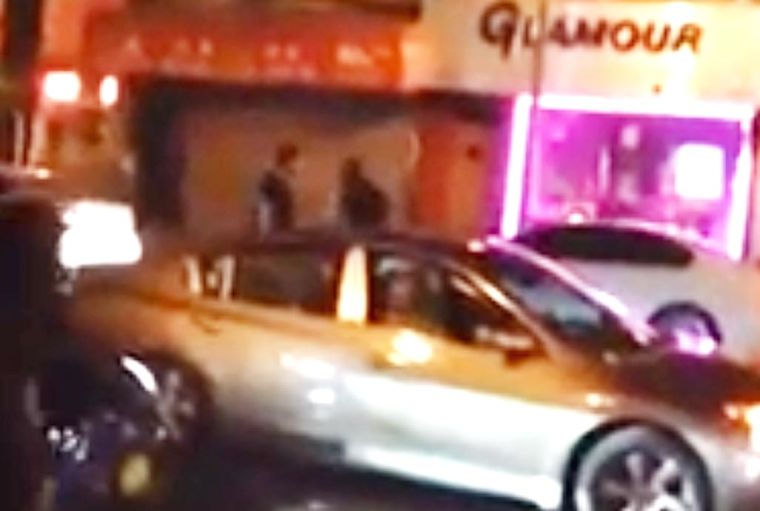 In a screenshot from an eyewitness video, two men, alleged to be Holder, left, and Deen, argue before Deen was brutally beaten on Liberty Avenue early Sunday. 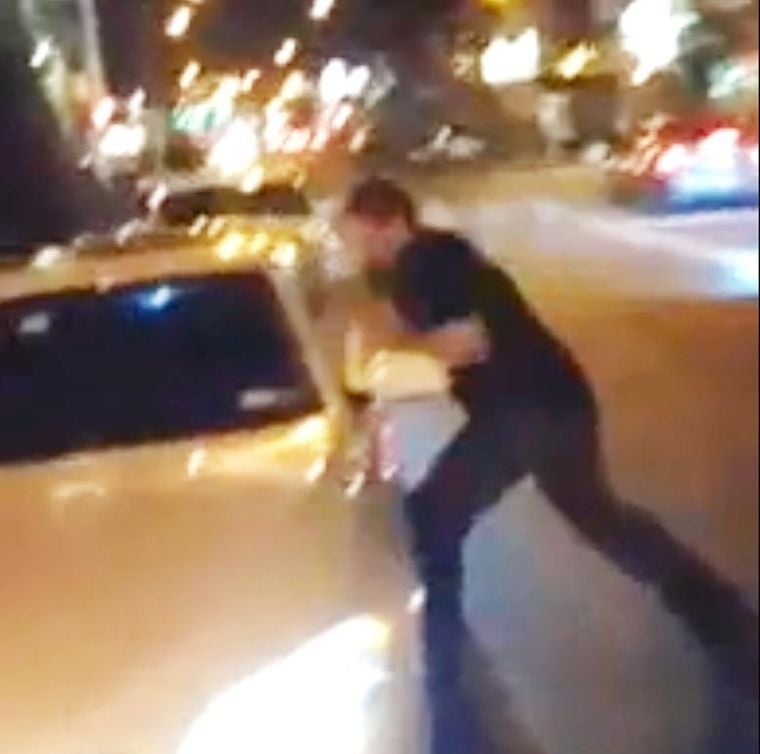 In a screenshot from an eyewitness video, two men, alleged to be Holder, left, and Deen, argue before Deen was brutally beaten on Liberty Avenue early Sunday.

An off-duty NYPD officer was beaten nearly to death Sunday, allegedly by a man who was later arrested for the incident.

The attack happened outside the St. John’s Express restaurant at 118-14 Liberty Ave. in South Richmond Hill, near the busy intersection of Lefferts Boulevard and Liberty Avenue.

According to police, Sgt. Mohammed Deen, 40, who works in the 32nd Precinct in Harlem, parked his car on Liberty Avenue around 4:40 a.m. Sunday when he got into an altercation with the suspect, 29-year-old Hayden Holder of Jamaica, and beaten unconscious.

A short time after the attack, police arrested Holder a few blocks from the scene.

Police allege Deen and Holder got into a verbal argument outside the restaurant on Liberty Avenue, but they suspect the quarrel began more than a mile away at Maracas bar at 121-08 Jamaica Ave. Police also allege that Holder followed Deen to Liberty Avenue after the fight at Maracas. They believe Holder was unaware that Deen was a police officer.

The attack, which lasted several minutes, was filmed by an eyewitness who later posted the video to his Facebook page. Several other people can be heard on the video screaming during the assault. At the beginning of the video, two men alleged to be Holder and Deen are seen arguing before one man begins savagely beating the other until he ends up motionless on the street. At one point, the man police allege is Holder turned from beating Deen, who was lying on the street, and started punching the window of Deen’s white BMW to harass the victim’s wife, who was inside. The couple had recently been married, according to a source.

Police say Deen was taken to Jamaica Hospital Medical Center and was placed in a medically induced coma. He had been suffering from skull fractures and brain hemorrhaging, but was listed in stable condition and is expected to survive.

It is unclear what, if any, permanent brain damage Deen will suffer.

Holder was charged with second-degree attempted murder and second-degree assault and arraigned on Monday at Queens Criminal Court. He is being held without bail and will return to court on Dec. 2.

He faces up to 25 years in prison if convicted.