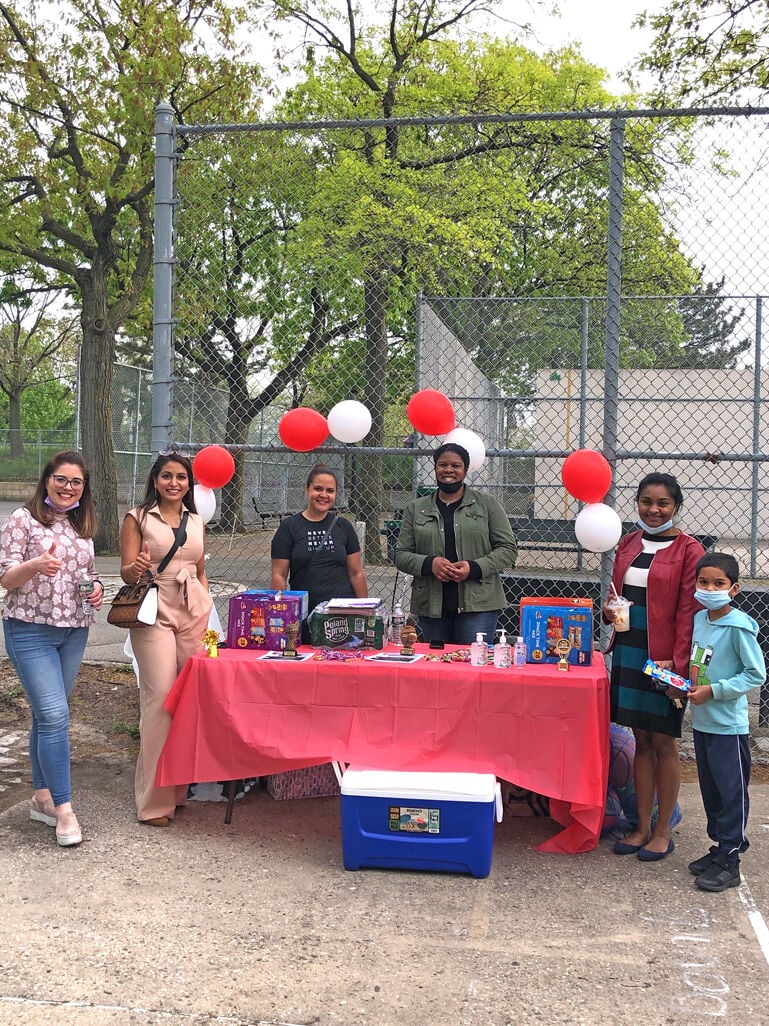 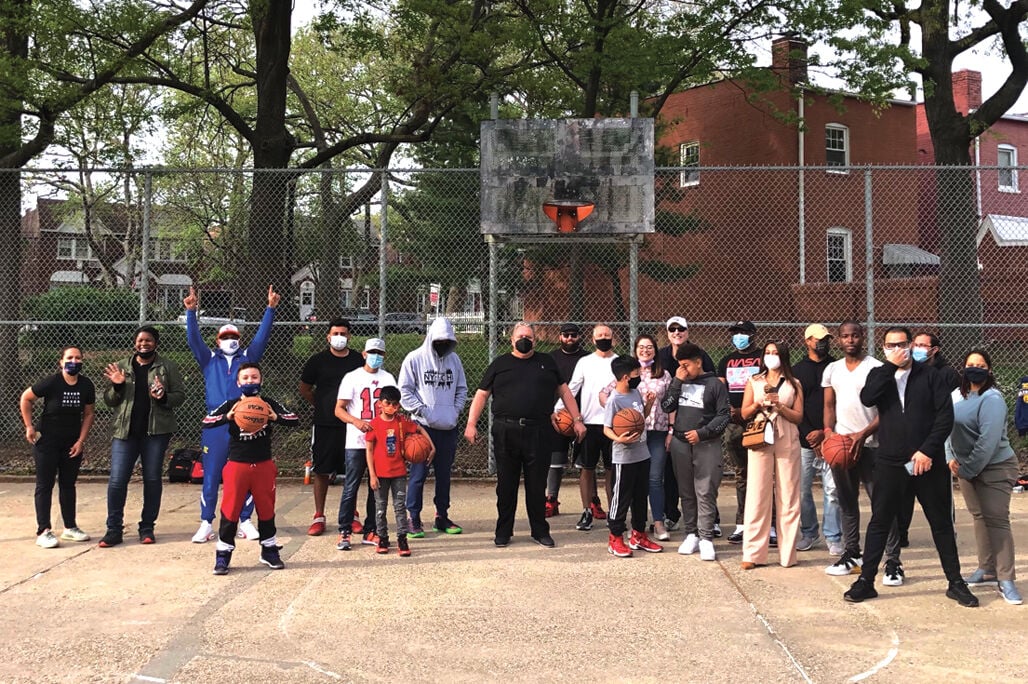 The participants of Keller Williams Realty Liberty’s “Free Throws for Project Destined” pose for a group photo at the event in Tudor Park. 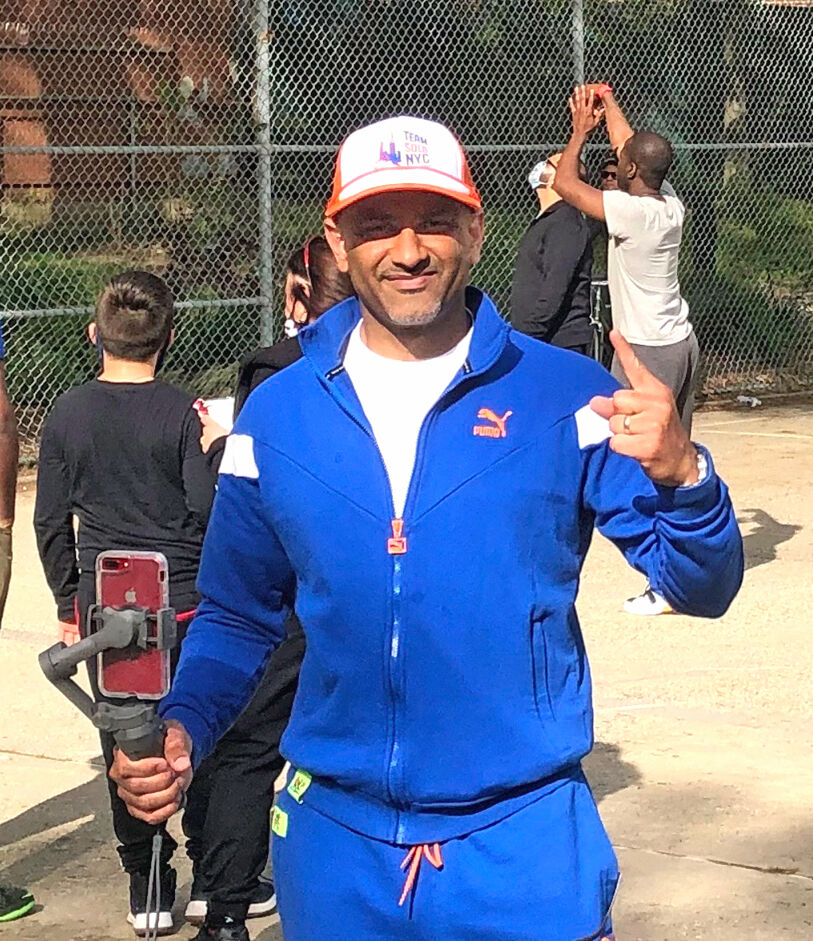 The participants of Keller Williams Realty Liberty’s “Free Throws for Project Destined” pose for a group photo at the event in Tudor Park.

The fundraiser was held in benefit of Project Destined, an organization dedicated to providing financial and investment literacy for people in underserved communities, and to the creation of a new generation of Black and minority business owners and stakeholders.

At the event, participants paid 20 dollars and were each allowed 15 shots to see who could sink the most free throws, for a chance to win some prizes and to compete against others for bragging rights.

Local businesses around Ozone Park including Juice 101, Etto’s Espresso Bar and Sofia’s Pizza showed their support by donating food and prizes to help make the event a success.

Keller Williams Realty Liberty, joined forces with Projected Destined so that, together, they can achieve the goal of improving financial literacy and increasing rates of ownership in underserved communities, pledging that over the next three years they will train and mentor 60 Black and minority youth to educate and provide them with experience as real estate agents, so that they can ultimately take the state pre-licensure course in residential real estate, and embark on their own careers.

Chatter Singh, ambassador of the Social Equity Task Force for the Keller Williams Ozone Park Branch, spoke about how the program that is being set up for these kids goes far beyond just providing them with an education — they will be aided every step of the way to ensure their success. “Keller Williams in Partnership with Project Destined is raising money to fund the education, licensing, mentoring, and hire for minorities getting into residential real estate.”

Students enrolled in the program will receive more than 40 hours of training in financial literacy, entrepreneurship and real estate, be assigned a dedicated mentor, be given the opportunity to pitch a live deal to a Keller Williams sales agent, receive funding to take the state pre-licensure course in real estate and be given access to Keller Williams market centers, so that they will be able to network and begin their own careers.

While the individual success of every student enrolled in the program is paramount and they would never put any pressure on the kids, Jennifer Scala, team leader at the Keller Williams Ozone Park Branch, said she has high hopes that the students in the program will bring change back to their communities. “The hope is that after three years, these young adults will then be able to go to work in their neighborhoods, help their neighborhood and make a difference in a lot of people’s lives,” she said.

Deputy Borough President Rhonda Binda, who attended the event, spoke about her support for the initiative and the importance of making sure that underserved communities reap the fruits of their labor. “What’s so great about this program is that the initiative is ensuring that the next generation is homegrown, that we are developing talent from within our communities and making sure that they are benefiting from the growth and development that is happening around the borough,” Binda said.

Remarking on the jovial mood, and the overall sense of community at the festive park fundraiser, Deputy Borough President Binda said that “Sports brings people together like no other” and pledged to continue investing in parks. “We are continuing to invest in park’s — the borough president’s last fiscal year budget invested 9 million dollars in parks and there is going to be more to come.”