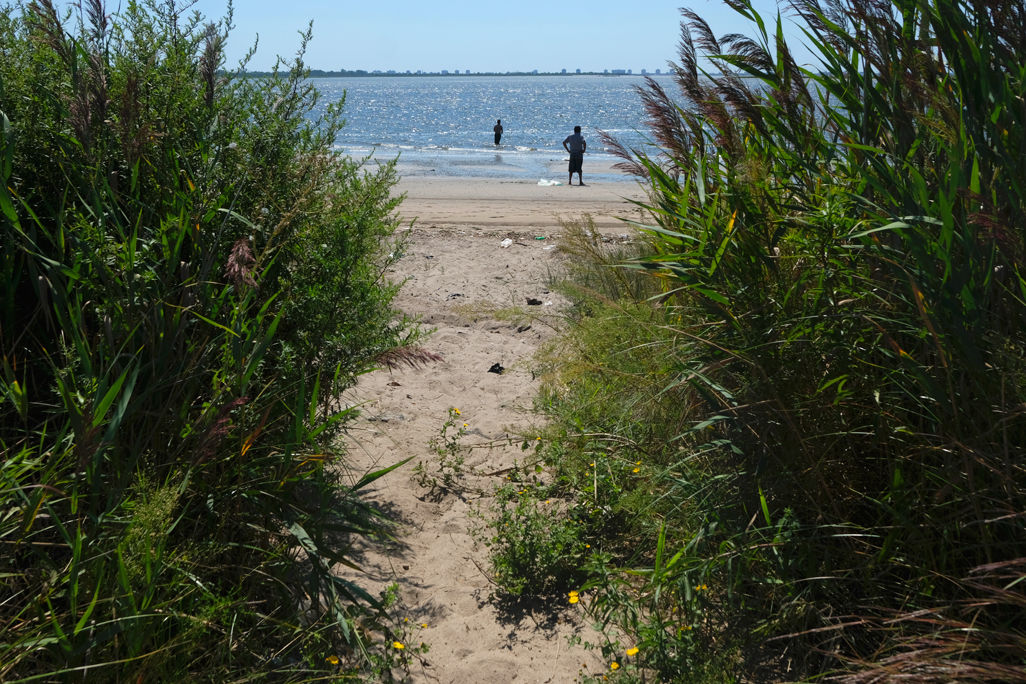 A devastating storm surge swept over the shoreline of Spring Creek Park, above, during Hurricane Sandy, damaging hundreds of homes in Howard Beach. Plans to build an earthen barrier in the park to prevent a repeat are suddenly on hold. 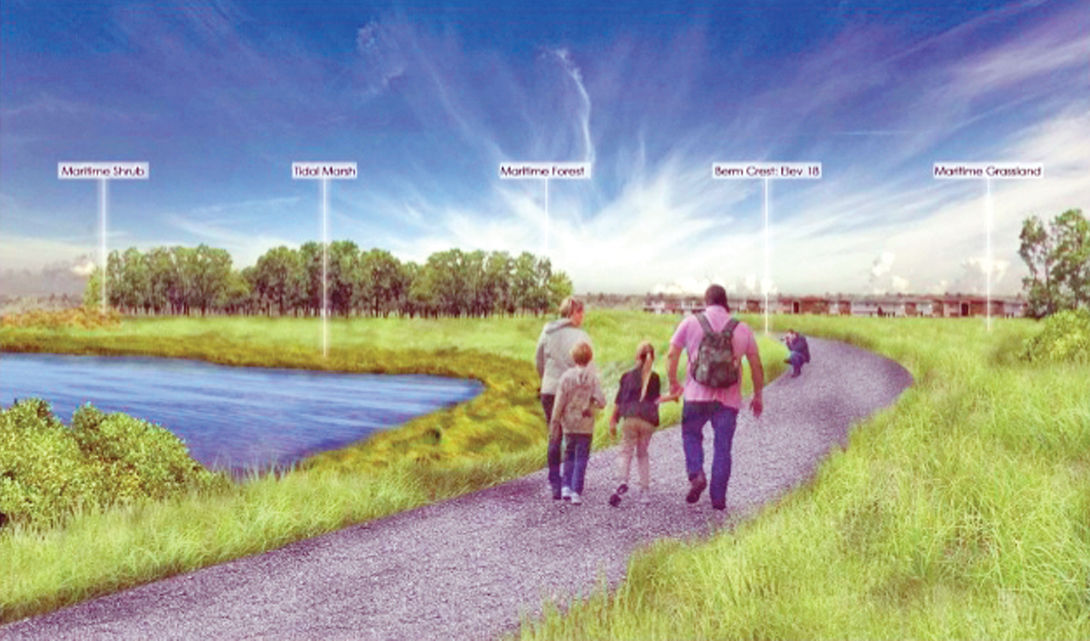 Plans to build an earthen barrier in the park to prevent a repeat of Hurricane Sandy are suddenly on hold.

A devastating storm surge swept over the shoreline of Spring Creek Park, above, during Hurricane Sandy, damaging hundreds of homes in Howard Beach. Plans to build an earthen barrier in the park to prevent a repeat are suddenly on hold.

Plans to build an earthen barrier in the park to prevent a repeat of Hurricane Sandy are suddenly on hold.

The federal government has yanked more than $50 million it had promised to build a storm-resistant berm through Spring Creek Park and protect Howard Beach and Lindenwood from the damage caused by another Hurricane Sandy.

Since 2015, construction of a barrier in Spring Creek Park has been a centerpiece of government plans to prevent a repeat of the 2012 disaster that struck neighborhoods south of the Belt Parkway.

In a letter last June to state officials, the Federal Emergency Management Agency said it would not be funding the planned construction of an earthen wall aimed at stopping the kind of storm surge that damaged and destroyed hundreds of homes on the mainland side of Jamaica Bay during Sandy.

The original design, released last year, called for the construction of a berm 17 feet high and 50 feet wide at the crest. It would run parallel to the water and stretch from the foot of Joseph P. Addabbo Bridge on Crossbay Boulevard to the Belt Parkway south of Lindenwood.

A pedestrian path at the top would allow people to walk the length of the federal park, well above the tall saltmarsh cordgrass that covers much of the park. Several openings in the wall would allow access to the beach.

Earlier this year, the developers of the TWA Hotel trucked 70,000 cubic feet of sand excavated from its construction site at JFK International Airport to the park, where it was to be used to build the berm.

Until this week, FEMA’s decision to withhold funding appears to have been known only to a handful of people at the agencies involved in designing and building the project.

A spokeswoman for the state’s Department of Environmental Conservation, which had requested the funds, declined to make any officials available for an interview.

It issued only a terse statement saying: “DEC is currently working with the U.S. Army Corps of Engineers to identify a funding source for the construction phase of this project after FEMA denied funding for the second phase of the project.”

The Army Corps of Engineers still lists details of the berm project on its website as a future commitment. But a USACE spokeswoman this week directed all questions to the state DEC, which has wiped all mention of the project from its site.

A FEMA spokesman said this week the funding was withdrawn “because the project was not cost effective.”

The exact amount New York State has been requested from the federal government was not immediately available. But the sum is believed to be more than $50 million, according to knowledgeable sources.

The state is faced with a choice of cutting back and reducing the cost of its original plan, picking up the full cost itself or dropping the proposal altogether.

Wonder if this has anything to do with the money FEMA is taking from it's budget to build Trump's border wall.