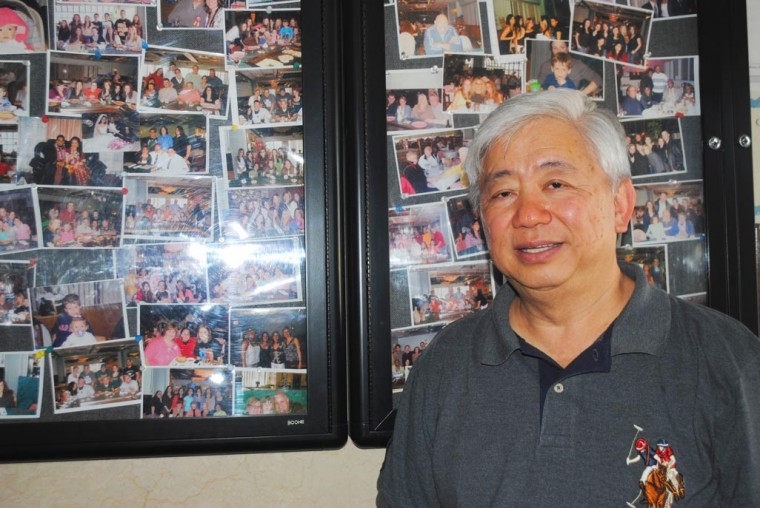 Danny Chan stands by the wall of photos of beloved customers who visited Danny’s Szechuan Garden in Howard Beach over the past 33 years. The restaurant closed at the end of June, but its owners expect to open in another location in the neighborhood soon. 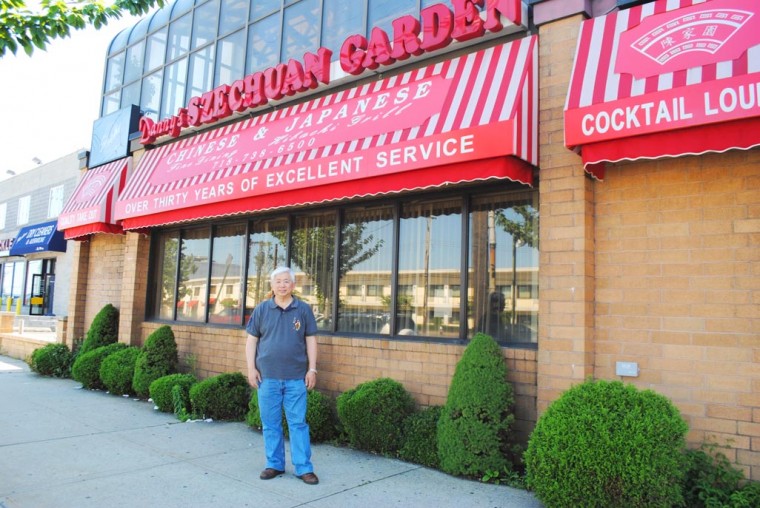 Danny Chan stands outside his restaurant, which will soon become home to the New York Families for Autistic Children.

Danny Chan stands by the wall of photos of beloved customers who visited Danny’s Szechuan Garden in Howard Beach over the past 33 years. The restaurant closed at the end of June, but its owners expect to open in another location in the neighborhood soon.

Danny Chan stands outside his restaurant, which will soon become home to the New York Families for Autistic Children.

Clamoring between cardboard boxes that hold the memories from the past 33 years, Danny Chan runs to the phone that continues to ring off the hook despite the fact that his restaurant, Danny’s Szechuan Garden, officially closed its doors at the end of June.

“I have to be here, answering the phone because people are still calling for takeout,” Chan smiled. “So I take down their information and tell them I’ll let them know when we’ll be opening again.”

After more than three decades at 164-14 Crossbay Blvd. in Howard Beach, Danny Chan and his wife, Veronica, sold their building to the New York Families for Autistic Children, a nonprofit, and hope to soon open their restaurant in a smaller venue somewhere in Howard Beach.

“We want to run a more modern, smaller place,” Veronica Chan said. “It’s a good thing NYFAC will move in. It’s for a good cause.”

Originally from Hong Kong, the Chans describe their experience of owning the restaurant as “the story of the American dream.”

“We came here with nothing in our pockets and slowly but surely built this place up,” Danny Chan said. “Over 30 years, we made a lot of friends here.”

The couple moved to the United States in 1974, one year before their first son was born. After living in Philadelphia for about a year, the family moved to a tiny studio apartment on 81st Street in Manhattan and worked for a lawyer’s office. The two ultimately decided they needed to do something that would allow them to make enough money to buy a house and support their two sons, Danny Jr. and Derek — thus the idea for the restaurant was born.

“When we bought the restaurant, I was still working in the law firm,” Veronica Chan said. “So I’d take public transportation from where I worked on Fifth Avenue to here. I’d be standing there, waiting for the bus with two pairs of pants on in the freezing cold and would watch everyone in cars passing me by. I’d wonder, when can I have a car too? It’s the story of the American immigrant.”

The couple tore down the building that they said would “always leak,” in 1986 and erected a new 10,000-square-foot building with a second floor. They then began to serve not just Chinese food but Japanese as well.

Over the years, including the comedy nights and the ladies’ nights, the Chans have served countless people and befriended many a Howard Beach resident. They were witness to marriage and Holy Communion celebrations and even a 113th birthday party. They’ve been a part of the fabric of a community that quickly embraced the place and that they hope to soon serve again.

“We love the people here,” Veronica Chan said. “We’ve made friends, some who have become lifelong friends. That’s very rewarding. That’s something that makes you feel very lucky.”