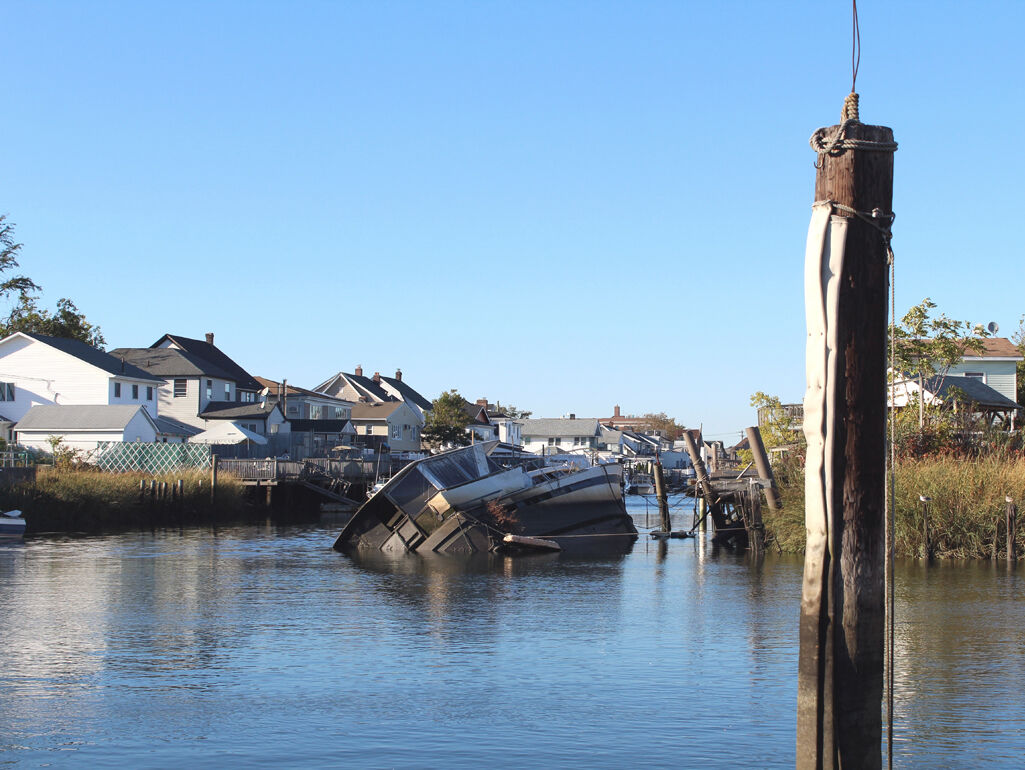 Another round of funding is going towards ridding Jamaica Bay of abandoned boats like this one in Hawtree Basin that residents estimate has been there for about fi ve years. Bay advocates are helping to identify target areas. 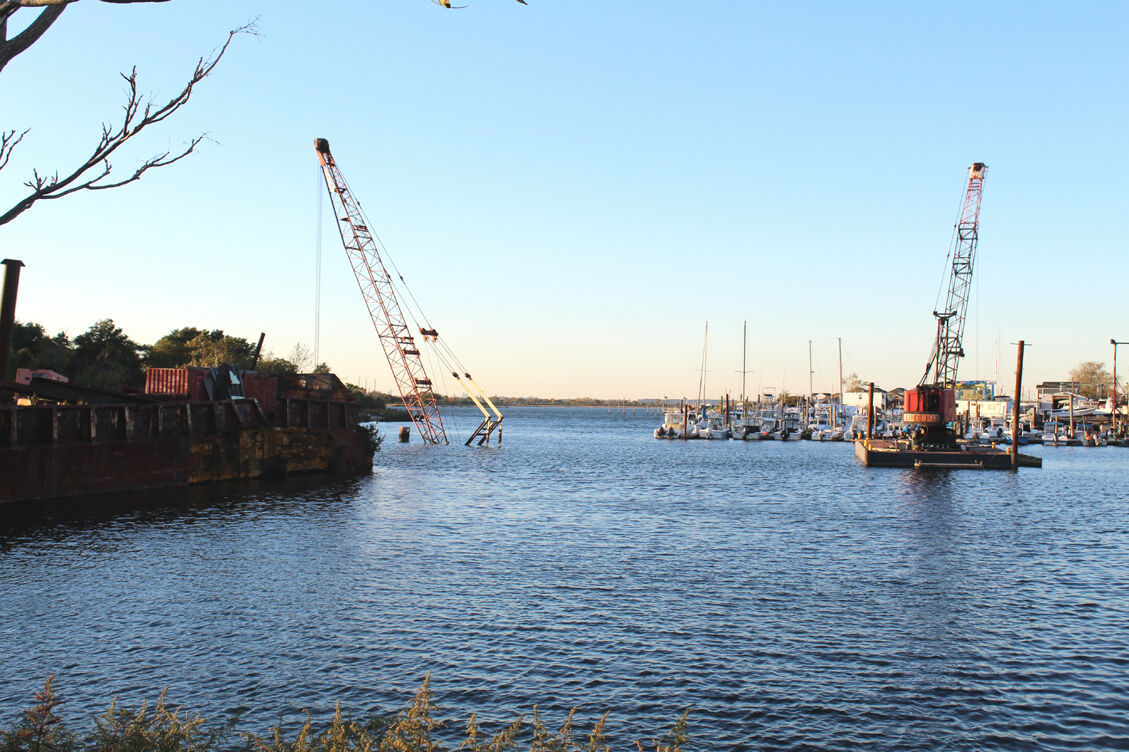 A new round of funding has been dedicated to cleaning up derelict boats from Jamaica Bay. One local advocate says barges and cranes, like the above in Rockaway, contribute to the problem.

Another round of funding is going towards ridding Jamaica Bay of abandoned boats like this one in Hawtree Basin that residents estimate has been there for about fi ve years. Bay advocates are helping to identify target areas.

A new round of funding has been dedicated to cleaning up derelict boats from Jamaica Bay. One local advocate says barges and cranes, like the above in Rockaway, contribute to the problem.

Target areas are being identified to remove old boats and debris from the Jamaica Bay area and advocates and local boaters hope the project can begin this fall.

A second round of funding has been dedicated to the efforts by Councilman Eric Ulrich (R-Ozone Park), following a similar initiative last year.

“It’s not an easy thing to do, but we’re grateful for it again,” said Dan Mundy Jr., vice president of Jamaica Bay Ecowatchers.

“It’s certainly going to be a big benefit to the bay.”

Hawtree Basin has been identified as an immediate target site for this most recent allocation of funding, according to a spokesperson for the NYC Parks Department.

The project is a combined effort by the Parks Department and the Jamaica Bay Ecowatchers.

Mundy said it makes sense for his bay advocacy group to aid in the identification of potential targets because they are out and about on the bay regularly.

“We’ll identify a couple of targets for them just because they do move,” he said. “So we have a couple of ideas right now where some boats are, but we’ll nail it down.”

Boats are often abandoned when owners can no longer afford the upkeep.

Having a program for turning in boats that can no longer be maintained would help, he said, the same way a car could be turned in.

In the meantime, boats and other debris break away from docks and drift into the bay.

“We call it marine debris because it’s docks, floats, sometimes fuel tanks, certainly boats. But all that stuff that breaks loose and goes out there and it gets trapped in Jamaica Bay. Sometimes it comes from outside the bay, from the Hudson, but most of it originates in the bay,” Mundy said. Abandoned barges and cranes also litter waterways, especially near the Rockaway Peninsula.

In narrow waterways, like Hawtree Basin, debris can obstruct sailors from navigating and getting through.

One commercial fisherman, a member of the Howard Beach Motor Boat Club who asked to remain anonymous, recalled not being able to get his 33-foot boat through the canal at one point.

“It’s my livelihood,” he said.

He said residents took matters into their own hands and got rid of three boats, pumping water out and floating them up to the surface.Like Mundy, they wish there was an easier way to turn in boats.

Mundy also supports the idea of adding a fee to the cost of registering a boat that would be dedicated to upkeep. Marine debris damages restored wetlands and can leak oil into the bay.

“Most boaters are very environmentally conscious,” he said.

He added he hopes the project starts soon, before winter.

The Parks Department spokesperson said the exact details, vessels and timeline are still being determined.

“We are thankful for the funding support provided by Councilman Ulrich that will facilitate the removal of derelict abandoned vessels in the Jamaica Bay area, and for the Jamaica Bay Ecowatchers’ continued advocacy,” he said in a statement.