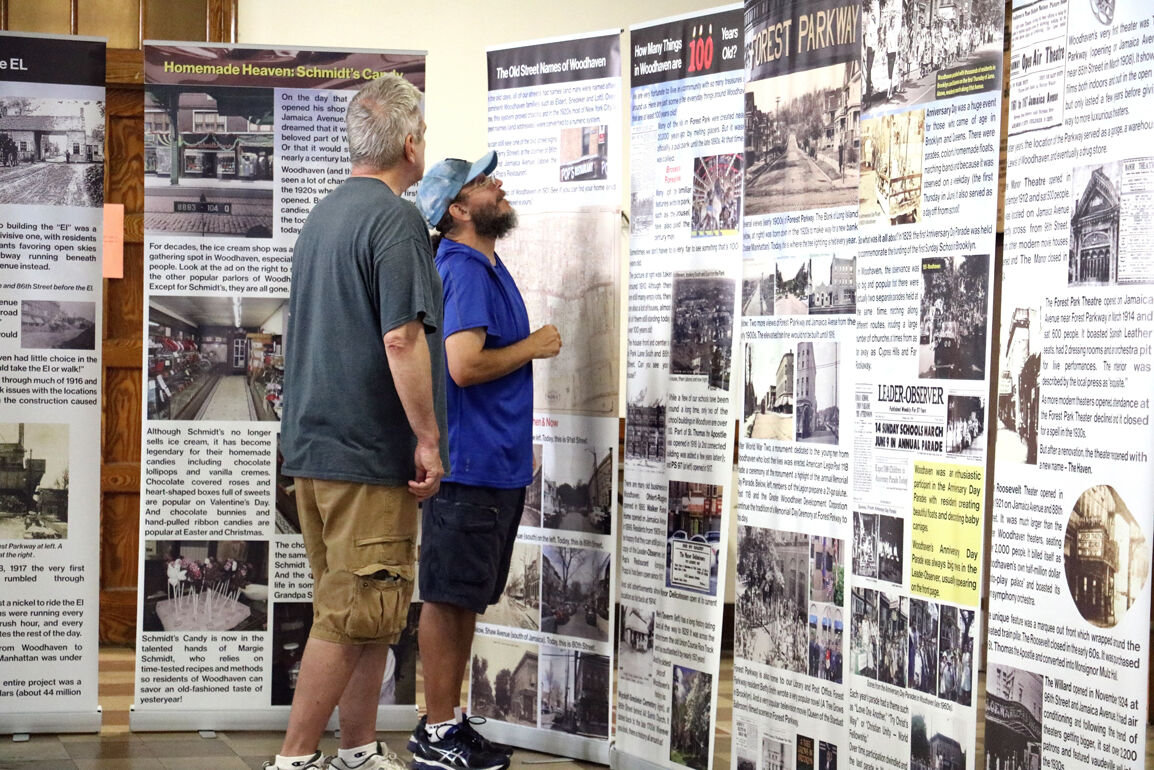 New York City history enthusiasts read through the 25 panels that the Woodhaven Cultural and Historical Society created as a tribute to the history of the neighborhood. The exhibit is on display all April at Frank & Camille’s West, a business housed in an old factory that played an integral role in the creation of the neighborhood as we know it. 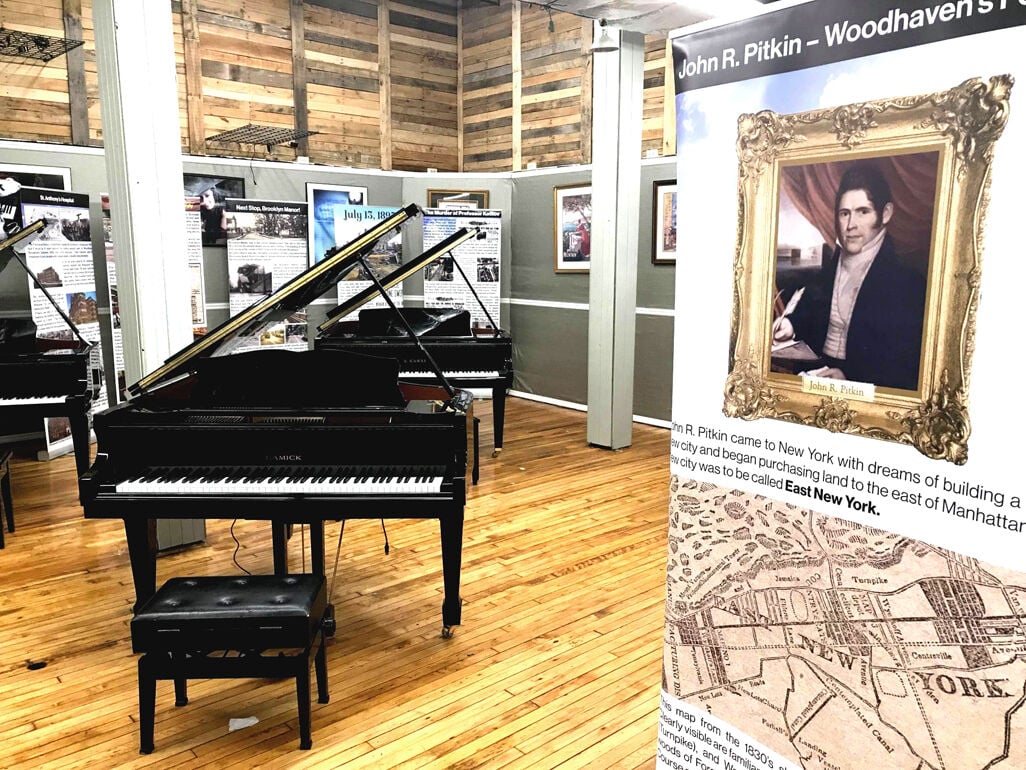 The factory at Clocktower Plaza is hosting a historical exhibit created by the Woodhaven Cultural & Historical Society.

New York City history enthusiasts read through the 25 panels that the Woodhaven Cultural and Historical Society created as a tribute to the history of the neighborhood. The exhibit is on display all April at Frank & Camille’s West, a business housed in an old factory that played an integral role in the creation of the neighborhood as we know it.

The factory at Clocktower Plaza is hosting a historical exhibit created by the Woodhaven Cultural & Historical Society.

Without the building that now houses the piano store Frank & Camille West, Woodhaven wouldn’t be Woodhaven as we know it, according to neighborhood historian Ed Wendell.

Now the building, located in a northern section of Ozone Park that was historically considered to be in Woodhaven, has gone beyond being a remnant of neighborhood history itself to become host to an exhibit created by a Woodhaven historical society that showcases some lesser-known nuggets about the area.

“In many, many respects that factory was one of the most important turning points in the history of Woodhaven and Ozone Park,” said Wendell, Woodhaven Cultural & Historical Society president. In the mid-19th century the factory was an economic engine that employed and attracted many residents to the area.

The society’s mobile “Museum of Woodhaven” will be on exhibit at the piano store at Clocktower Plaza, 90-02 Atlantic Ave. in Ozone Park, during the month of April.

It displays 25 6-foot-tall panels, each depicting scenes and presenting information about Woodhaven’s history surrounded by the old factory.

Wendell said the exhibit is not just aimed at exposing residents and their children to the history of the neighborhood they live in, but it’s supposed to be fun too. The different panels range from the history of the Union Course racetrack to Neir’s Tavern, the Forest Park Carousel and celebrities from the area, including contemporary ones such as Adrien Brody and some whom you may not have heard of.

Lynn Pressman Raymond, for example, was a famous business executive who was born in Woodhaven, and then went on to marry Jack Pressman, the head of Pressman Toys, and succeed him as the president when he died, becoming one of the first female executives in the country, according to Wendell.

Wendell said he was thrilled when the owners of the piano store agreed to host the exhibit in the Ozone Park factory, which was built by Florian Grosjean, the owner of a tinware company who purchased the factory in the 19th century. Grosjean built the current iteration of the building in 1876 after a fire destroyed the original factory.

“At the time of its destruction in 1876, they said about eight out of every 10 residents of Woodhaven had an interest in that factory, meaning either they worked there or a family member did or they had a business that was tied to it,” said Wendell.

Wendell had created the pieces of the exhibit, which consists of lightweight panels that he could transport around the neighborhood, before the pandemic in hopes that he would be able to display them at different locations. Though the pandemic had stopped him from setting up the mobile museum, he said that he hopes the exhibit at the factory can be the beginning of more temporary installations. He also wants local schools to see the value of it and allow him to set up in the gym or cafeteria under safe conditions.

“The most important thing is just walking away with something a little more interesting. It’s not that life-or-death stuff, but, when [residents] have got people coming to their neighborhoods and they’re showing them around, they can point out stuff,” he said.