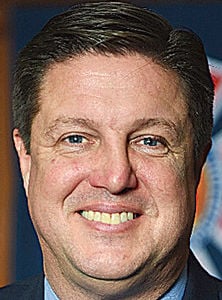 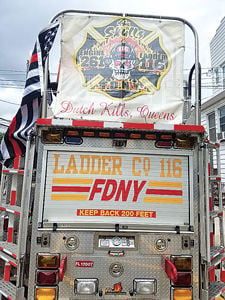 If there’s anything New Yorkers know they can count on, it’s that change in this city can come fast. That was made very clear two weeks ago with the official announcement by Amazon that it will build one of its new HQ2 campuses in Long Island City.

Amazon’s plans are truly transformative for the region — a $5 billion investment to create 25,000 jobs at the location, as well as a 600-seat intermediate school in the neighborhood and career exploration services for high school students in the area, according to sources — no doubt a major boon for both Queens residents and New Yorkers alike.

But as major developers drive ahead with construction and job growth, bringing new community resources like schools, parks and art facilities into our neighborhoods, they more often than not leave the public safety of citizens in the rearview mirror. We cannot keep leaving firehouses out of these conversations when the well-being of Long Island City’s residents and workers is at stake.

Even before Amazon opens its doors to 25,000 additional workers, Long Island City’s fire response infrastructure is already stretched too thin. The area needs a new firehouse, and with Amazon on the horizon, there is no longer time to wait.

Fifteen years ago, long before many of Long Island City’s high-rise towers emerged and tens of thousands of residents moved to a once industrial part of town, the city closed a longstanding firehouse dedicated to the protection of the neighborhood, Engine Co. 261.

This shortsighted move to close Engine 261 left the neighborhood highly vulnerable even at the time of its closing. The Uniformed Firefighters Association, elected officials and civic leaders alike protested the closing, and Mayor de Blasio himself — then a member of the City Council — was part of a lawsuit attempting to block the move.

Fast forward to 2018 and Long Island City has continued to transform, with new high-rise apartments and office buildings worsening the problem.

The nearest fire engine company is 10 blocks away from the old Engine 261, and the greater distance trucks must travel has meant an increase in response times, putting lives at stake — not to mention the increase in traffic and congestion due to the influx of people. Across the city, our firefighters are doing more now with fewer resources than ever. The FDNY has broken its run record for five consecutive years, and unit availability is at an all-time low.

Long Island City, more than any other neighborhood in New York and by some estimates the country, has seen an incredible amount of growth in the last decade. But unacceptably, its fire response infrastructure has not grown with it.

We’ve seen this problem play out in places like Hudson Yards, where massive and rapid growth has left residents, workers and visitors unprotected. Hudson Yards, despite its impressive growth and development, still lacks the firehouse it needs. We can’t let this become the norm. We must be sure that our safety needs don’t continue to pass overlooked as new neighborhoods rise.

To be clear, Amazon coming to New York will mean great things for investment and innovation in our community. By adding high-quality, high-paying jobs, we will attract top tier talent to Queens. But we must plan responsibly for such a significant change. We need to keep our neighborhood safe and protected. Lives are at stake.

The situation facing firefighters and residents in Long Island City was already bad, but with Amazon coming to the neighborhood, we can no longer wait.

Engine 261 must be restored — and it has to happen now. We urge Mayor de Blasio and elected officials across the city to stand with us now and bring Engine 261 back, just like they stood with us 15 years ago.

Gerard Fitzgerald is President of the Uniformed Firefighters Association.