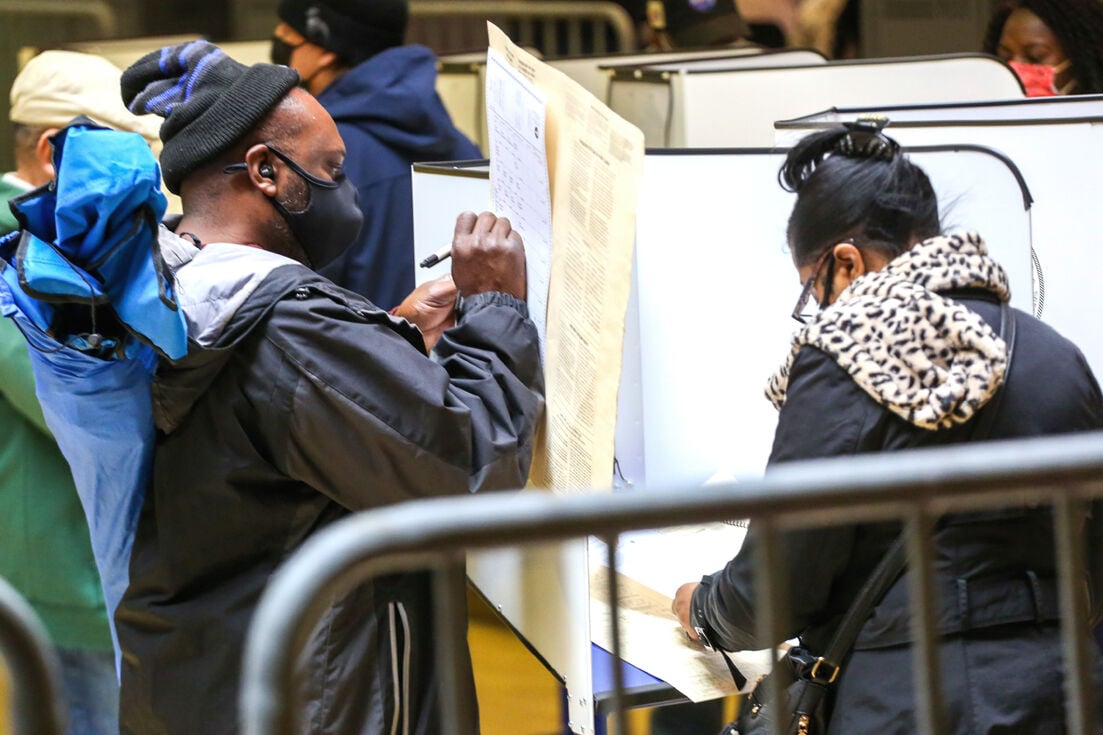 The June 22 primaries will feature several races, including for Queens borough president, City Council seats, mayor, comptroller and public advocate. Early voting stations will open from June 12 to June 20, and all voters have the option to submit their choices by absentee ballot. 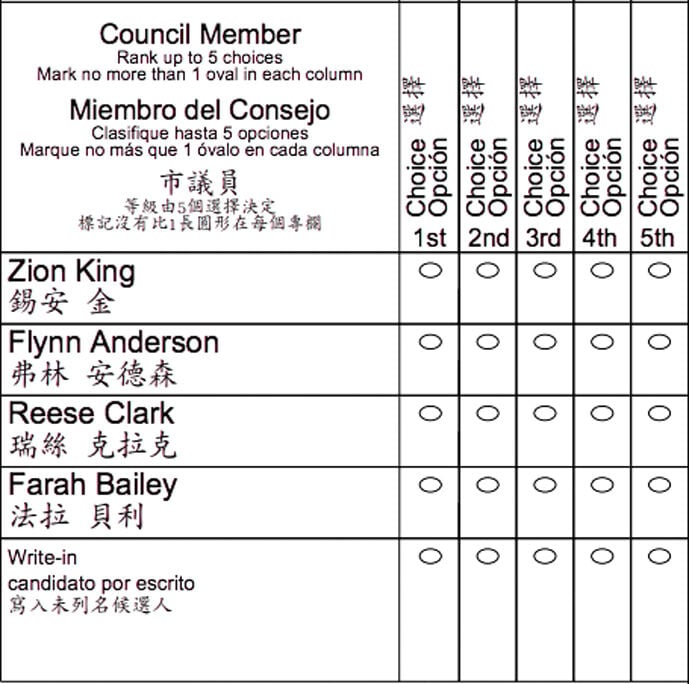 An example of a ranked-choice voting ballot.

The June 22 primaries will feature several races, including for Queens borough president, City Council seats, mayor, comptroller and public advocate. Early voting stations will open from June 12 to June 20, and all voters have the option to submit their choices by absentee ballot.

An example of a ranked-choice voting ballot.

Primary day is just around the corner and there are dozens of candidates running across numerous races for Queens offices.

There will also be a handful of judicial races on the June ballot.

Polling places will be open from 6 a.m. to 9 p.m. on June 22. To find your polling site visit vote.nyc/page/how-vote or call 1 (866) Vote-NYC (868-3692). Voters can also email their complete home address, as well as the name of their borough in the subject line, to vote@boe.nyc.ny.us and the Board of Elections will email the correct polling location back.

Early voting is available between June 12 and June 20. To find an Early Voting poll site, visit Voting.NYC or call 1 (866) Vote-NYC.

All registered voters have the option to vote by mail by requesting an absentee ballot by June 15. Those who choose that method can mark the reason as “Temporary illness or disability,” which includes the risk of contracting the coronavirus. Ballots must be postmarked on or before June 22.

All races will utilize ranked-choice voting.

Here are the candidates for the upcoming primaries in Queens.

There will be two primaries to replace City Councilmember Paul Vallone (D-Bayside). Democrats Tony Avella, Adriana Aviles, Nabaraj KC, Richard Lee, Austin Shafran and Francis Spangenberg will face off. John-Alexander Sakelos will face off Vickie Paladino on the Republican line and will battle Dawn Anatra on the Conservative ballot.

Though he isn’t term-limited, incumbent Barry Grodenchik announced last October that he would not seek re-election, stating that the all-encompassing job was taking a toll on his personal and family life. But plenty of hopefuls are ready to replace him. Steve Behar, Sanjeev Jindal, Jaslin Kaur, Linda Lee, Debra Markell, Koshy Thomas and Harpreet Toor will battle on the Democratic ballot, while Alex Amoroso and James Reilly will face off on the Republican.

Incumbent James Gennaro (D-Hillcrest) won the February special election and is vying for another term at the helm. Democrats Moumita Ahmed, Saifur Khan, Angelo King and Mohammad Uddin hope to stand in the way. Running on the conservative line unchallenged is Mujib Rahman, who will advance to the general election.

Incumbent Adrienne Adams has only a few competitors in her re-election bid. Japneet Singh and Ruben Wills will challenge her in the Democratic primary, while Republican Ivan Mossop Jr. will take on the winner in the general election.

In the tiniest race of the borough, Democrat Juan Ardila takes on incumbent Bob Holden, and Republican John Spataro will appear on the general election ballot.

Incumbent Selvena Brooks-Powers won the special election for the seat in March, but Democratic challengers Nicole Lee, Nancy Martinez and Terrell Miller hope to beat her out ahead of the general election race against Republican Vanessa Simon.

The only Queens Republican City Councilmember Eric Ulrich (D-Ozone Park) is leaving office next year and Republicans Joann Ariola and Steven Sirgiovanni will battle to carry on his legacy. Kaled Alamarie, Bella Matias, Michael Scala, Helal Sheikh and Felicia Singh are running to put a Democrat in the seat.

This story has been updated to remove two candidates from District 32 who have terminated their campaigns.