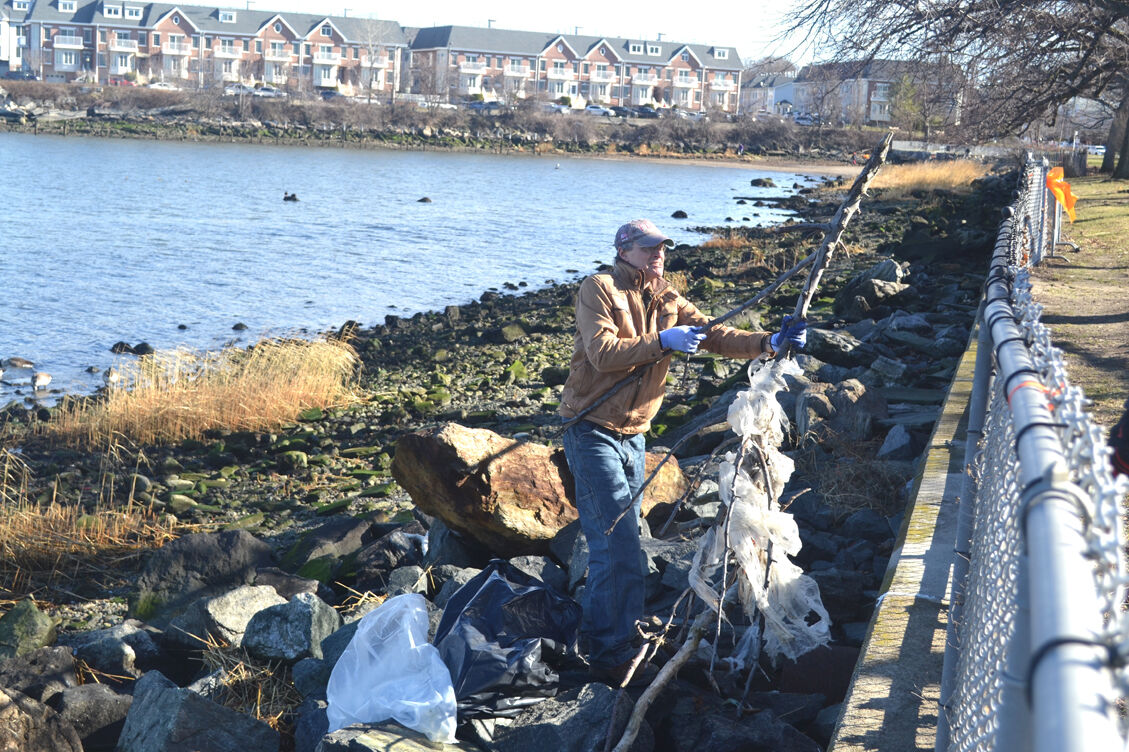 Roughly 30 volunteers, including College Point resident Matt Gillam, above, took to MacNeil Park Monday to clean up the shoreline. 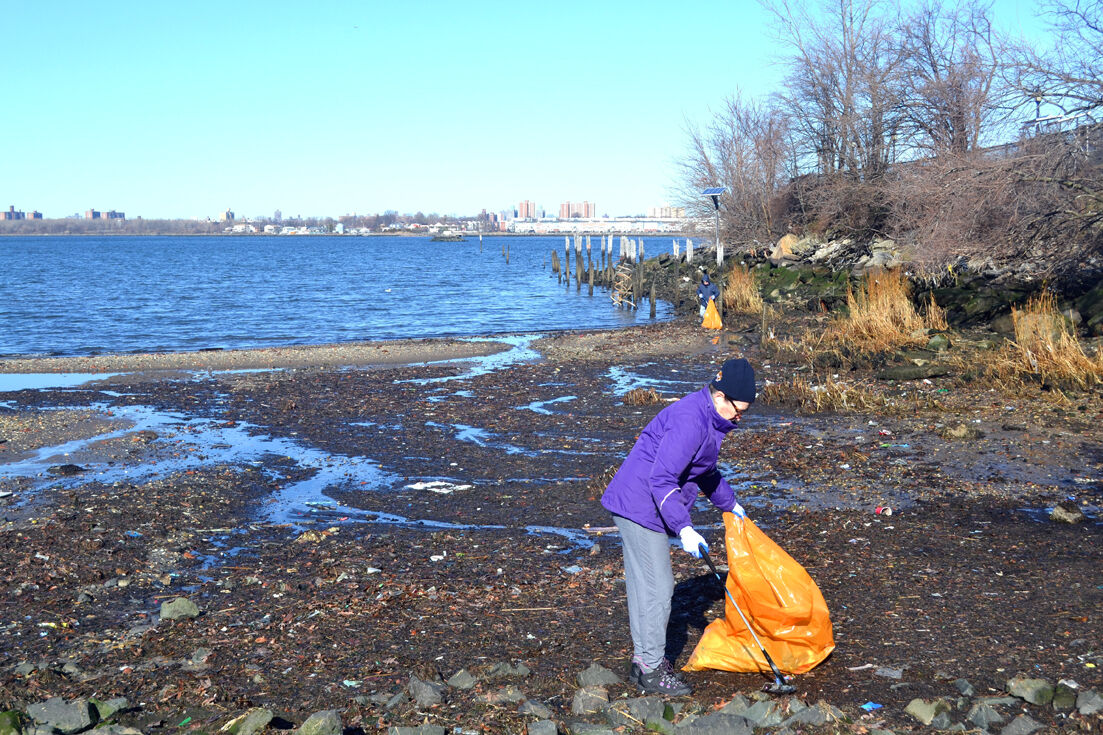 The volunteers did not mind a little mud.

Roughly 30 volunteers, including College Point resident Matt Gillam, above, took to MacNeil Park Monday to clean up the shoreline.

The volunteers did not mind a little mud.

Despite the cold, a group of approximately 30 bundled-up volunteers headed out to the waterfront at College Point’s MacNeil Park Monday for the Coastal Preservation Network’s annual Martin Luther King Jr. Day of Service project to remove trash from the park’s shoreline.

MacNeil Park has been one of the CPN’s prime focuses over the years. Sitting on the shore where the East River meets Flushing Bay, it sees debris from all over wash up on the beach, particularly near the kayak and canoe launch. That combined with the fact that a storm drain opens up on the beach, often bringing trash with it, makes for the perfect storm.

Monday’s volunteers had plenty of work to do; according to Kathryn Cervino, president of the CPN, the group collected between 40 and 50 bags worth of trash.

While a number of students from all over North and Northeast Queens came out for Monday’s event, as well as a number of newcomers, plenty of CPN regulars showed face. They included College Point resident Nik Koutsoulidakis, who always makes a point of climbing all over the rocks along the shoreline to pick up whatever trash he can find. On Monday, that ranged from milk jugs to a leftover jib from a boat.

College Point resident Matt Gillam has been volunteering with the CPN for about 15 years.

“I started noticing the trash, and I saw a flier for doing a cleanup on a Saturday, and I thought, ‘Yeah, I’ll go,’” he told the Chronicle. “And then I just kept coming.”

Over time, he’s developed a knack for spotting rogue items wedged between the rocks that line the park’s beach. Though some days, he and others find fish hooks, on Monday, he removed an old buoy from the rocks and some plastic bags wrapped around some branches.

Gillam was not the only one with some interesting finds on Monday. In addition to a good number of masks, glass bottles and the like, countless golf balls were picked up from the shoreline by one woman, Wanda, and her daughter, Lila. That’s somewhat typical at MacNeil Park, as many theorize that they come from Trump Links on the other side of the East River.

Others found what appeared to be old, rusted safes that had washed up on the beach.

But the most surprising find of the day was, by far, an old, battered front bumper of a car, completely covered in sand. Volunteers teamed up to carry the part up the beach and over the kayak and canoe launch, onto the grass.