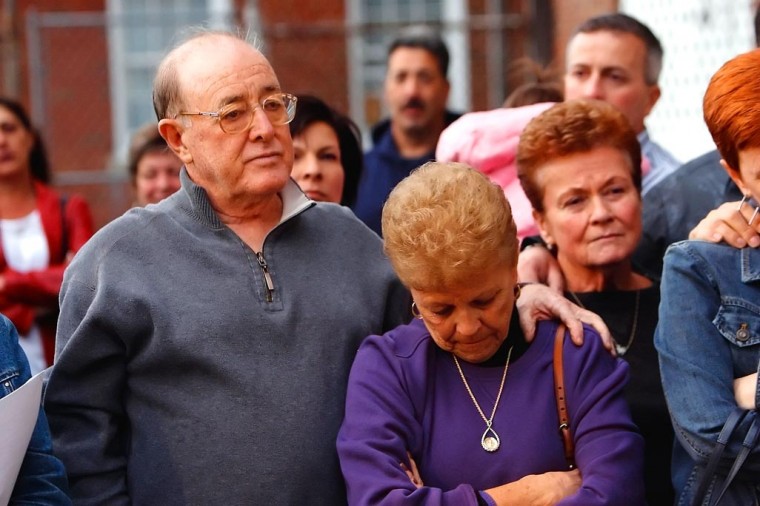 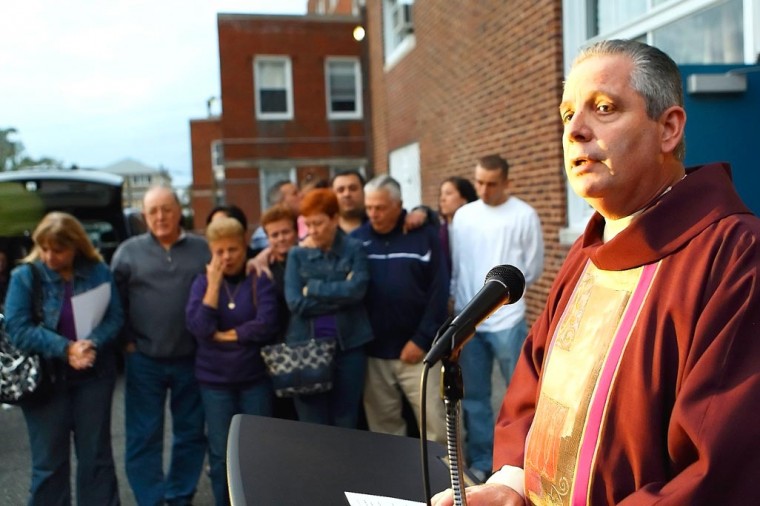 Deacon Alexander Breviario speaks at Sunday’s event that drew a large crowd to Our Lady of Grace Church.

Deacon Alexander Breviario speaks at Sunday’s event that drew a large crowd to Our Lady of Grace Church.

Sometimes, it takes a village to do more than raise a child.

Sometimes, it takes a village to keep even the strongest of us going, to remind us that when the night falls, the morning always comes.

Close to 300 people gathered at a vigil outside Our Lady of Grace Church in Howard Beach on Sunday to remind Barbara Sheehan and her family of just that — they have, and will continue to, prop them up with unconditional support.

Sheehan, 50, of Howard Beach, was recently acquitted of murdering her husband, ex-cop Raymond Sheehan in 2008, but will be sentenced for a weapons conviction. Sheehan said she shot her husband in self defense after he allegedly pointed a gun at her and told her he was going to kill her —a move that followed nearly two decades of alleged physical and emotional abuse.

“Bad things do happen to good people,” said Deacon Alexander Breviario of Our Lady of Grace. “Our role is not to judge, but to support others in their time of need.”

Residents at the vigil passed around information about writing letters to Queens Supreme Court Judge Barry Kron, who has presided over the case, on behalf of Sheehan before the sentencing.

Those at the vigil also said they hope Sheehan will be let out of her holding cell at Rikers Island, where she was as of press time, on bail, though she could soon be released.

Sheehan’s son, Raymond, 21, who was at the vigil, and daughter, Jennifer, 25, who had to return to her job in California before Sunday’s event, urged residents to submit the letters, which they hope will persuade the judge to give Sheehan a lesser sentence.

“We want to show the judge what a great person my mom is and how much support she has from this community,” Raymond Sheehan said, who added that while he wants her out of jail, his mother is “safer there than she ever was before, with him.”

Sheehan’s father, Mike Henry, also of Howard Beach, thanked residents at the vigil for their help.

“We love every single one of you,” Henry said.

Benny and Patricia Biordi, good family friends of the Sheehans, said Barbara belongs back home with her parents and children.

“I think she’s been through enough,” Patricia Biordi said. “Let her family begin the healing process.”

By the end of the vigil, the dusk had turned to night, but the light from inside the church lit up its stained glass windows, the colors beaming into the darkness.

As residents left the parking lot, their arms intertwined with family and friends, some remarked how pretty the church looked. Sometimes, it’s not just light that overshadows the dark. Sometimes, the color also returns.