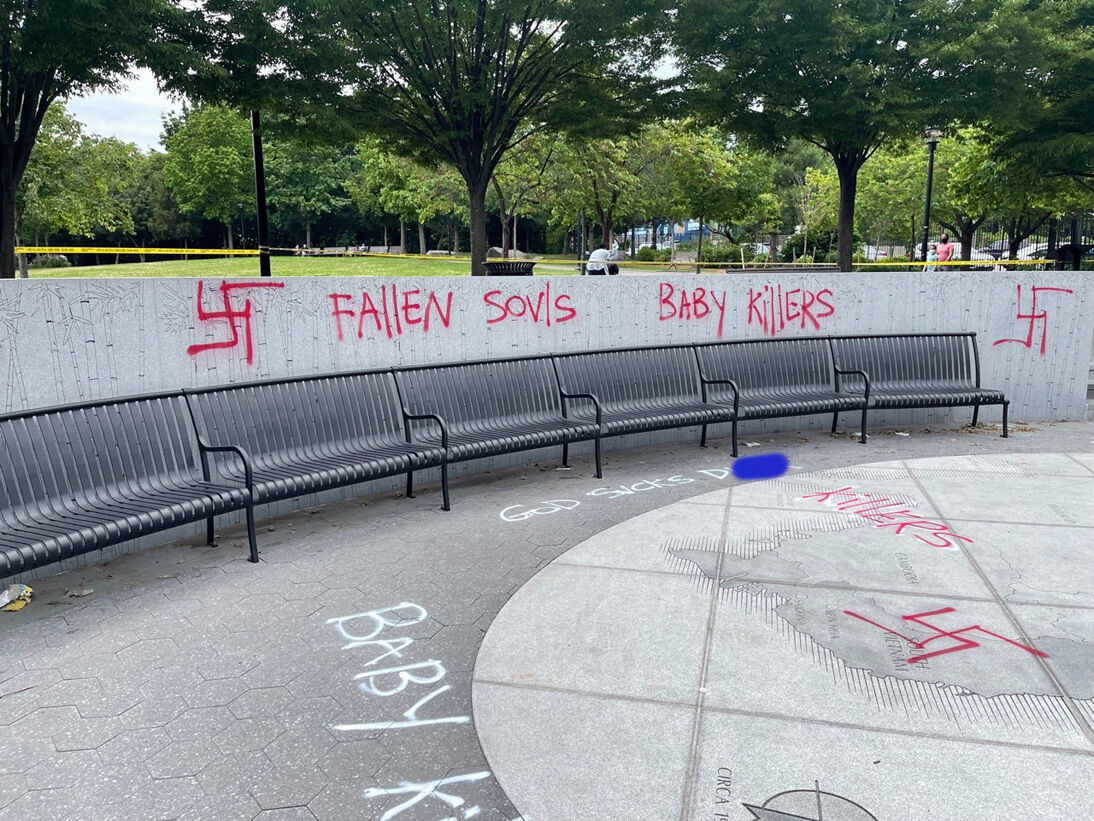 Sources said police are investigating the defacement of the Queens Vietnam Veterans Memorial as a hate crime. 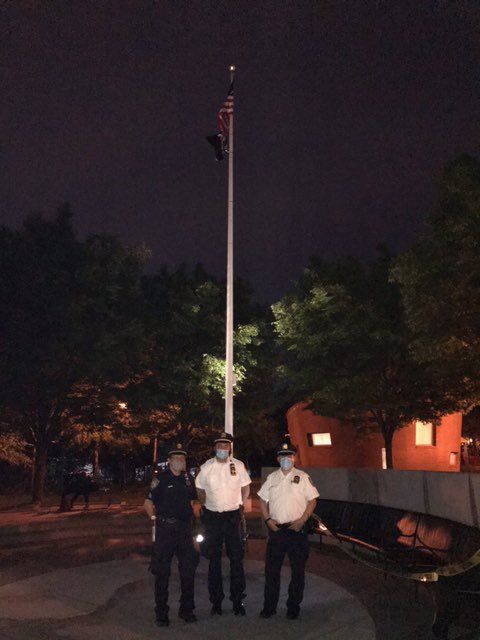 Sources said police are investigating the defacement of the Queens Vietnam Veterans Memorial as a hate crime.

A vandal or vandals have spray-painted swastikas and hate graffiti throughout the Queens Vietnam Veterans Memorial in Elmhurst Park.

Doug Williams, president of Vietnam Veterans of America Chapter 32 in Queens, was at the site Wednesday afternoon as police from the NYPD’s 110th Precinct investigated the crime.

“I was informed by another member of Chapter 32 that the memorial had been defaced, and sure enough, it is,” Williams said in a telephone interview. “Things like swastikas, ‘fallen souls’ and ‘baby killers.’”

The monument officially opened in December 2019, but had been the dream of the late VVA Chapter 32 President Pat Toro since 2008. Queens District Attorney Melinda Katz, first as a City Council member and then as borough president, secured nearly $3 million for its creation. It sits in a park on the site of the old Elmhurst gas tanks.

The monument is inscribed with the names of 371 Queens residents who would never come home from Southeast Asia.

Katz was as heartbroken as she was incensed on Wednesday.

“This is a kick in the teeth to all those who put in such a tremendous amount of work, time, blood and sweat for over 10 years,” Katz told the Chronicle after visiting the site. “All the work done by Chapter 32, by the veterans who were not welcomed home all those years ago to create something remarkable. To deface that was an insult to everyone we intended to pay tribute to.”

Katz said it is the only Vietnam memorial in the borough that has a Queenswide focus; and that pays tribute to those who came home only to die sometimes years later from their wounds and whatever else they might have been exposed to.

Katz, on her official Twitter account, posted a brief video of parks workers dealing with the graffiti on Wednesday. It can be found online at bit.ly/34Lia0c.

Auxiliary police officers from the 110th Precinct also were detailed to the park overnight to keep an eye on things.

“It was discovered this afternoon because a Parks worker came by to check on the park,” Holden said. He learned from police that graffiti on one of the rocks, a swastika with the number 110, has been found elsewhere in the 110th Precinct recently.

“We’ve got anti-cop, anti-God and anti-soldier graffiti,” he said.

Holden added that police are investigating vandalism to an old statue at St. Adalbert’s Church in Elmhurst last week, as well as hate graffiti on an overpass at 57th Street that Holden and his staff noticed last week when they attended a memorial event at the park sponsored by Katz last week.

Katz said her spirits were somewhat lifted while at the memorial, as parks workers were going ahead on full steam to remove the graffiti once investigators had what they needed.

“On the heels of Memorial Day, a time when we reflect on the sacrifices made by the men and women in the armed forces that gave their lives protecting the freedoms that we enjoy each day, we should be honoring these fallen soldiers, not wiping away hateful words and symbols from their memorial site,” Addabbo said.

This story has been edited to add a video from the office of Queens District Attorney Melinda Katz and information on auxiliary police patrols at the memorial.

I would like to know what message the idiot who did this was trying to get across. Do they dislike Vietnam Vets? Dislike Jews (although that's a very badly drawn swastika). Dislike proponents of choice? Dislike people who fall? This person or people have multiple issues I would like to address specifically if they could pinpoint their position. I hope they are caught and solve this mystery.

[angry] They are TAUGHT to think this way! The words are what greeted veterans returning from Vietnam.