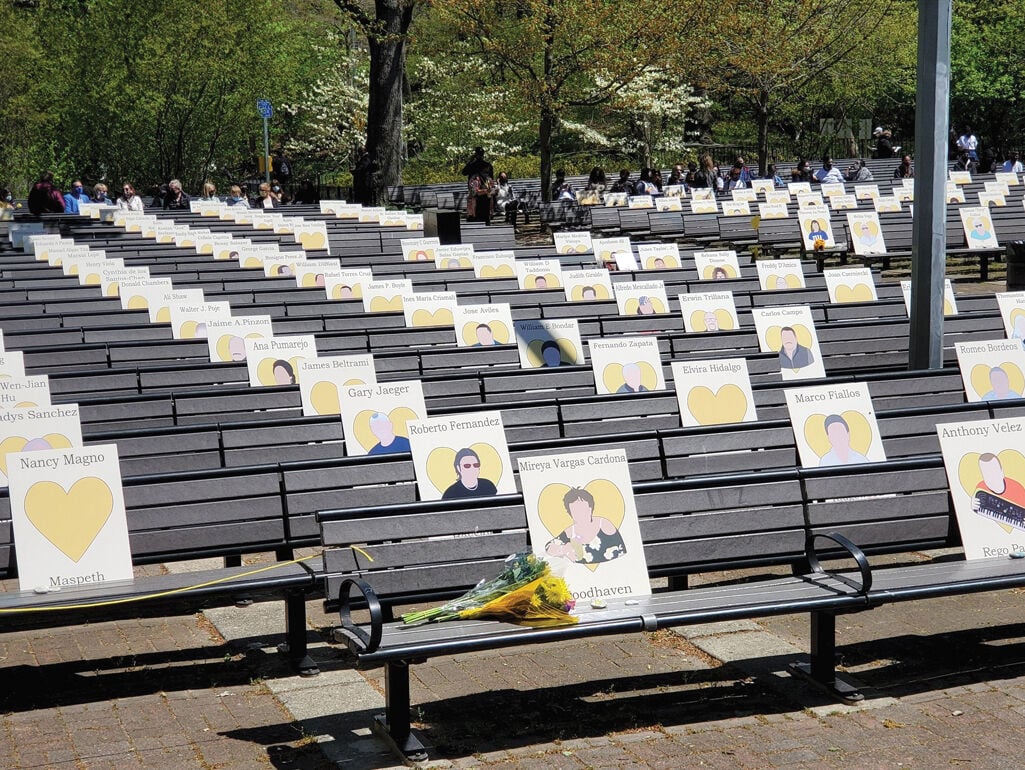 Queens residents lost to Covid-19 were remembered in a day-long ceremony at Forest Park on May 1. 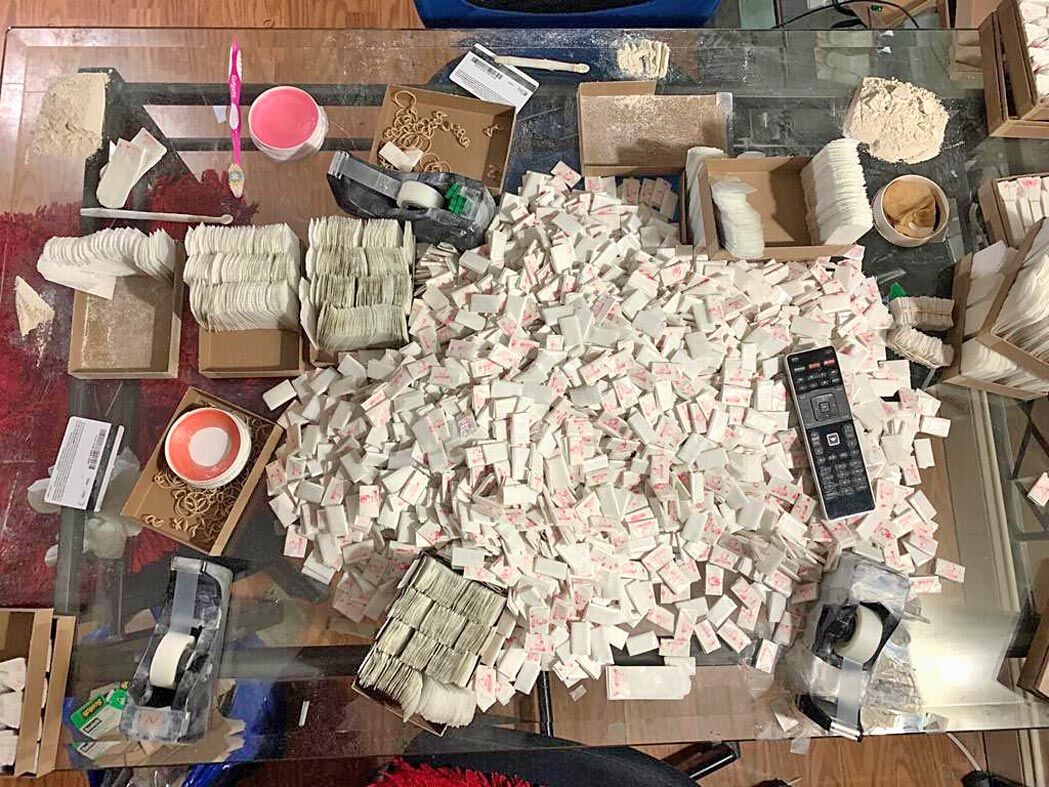 Federal authorities found heroin and fentanyl in a February raid in Ridgewood that netted $12 million of drugs. 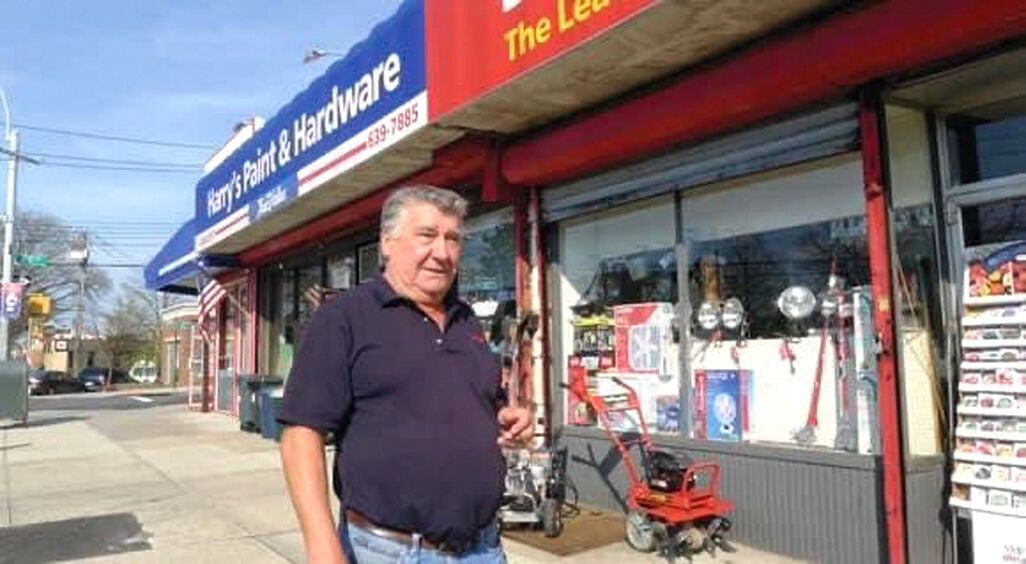 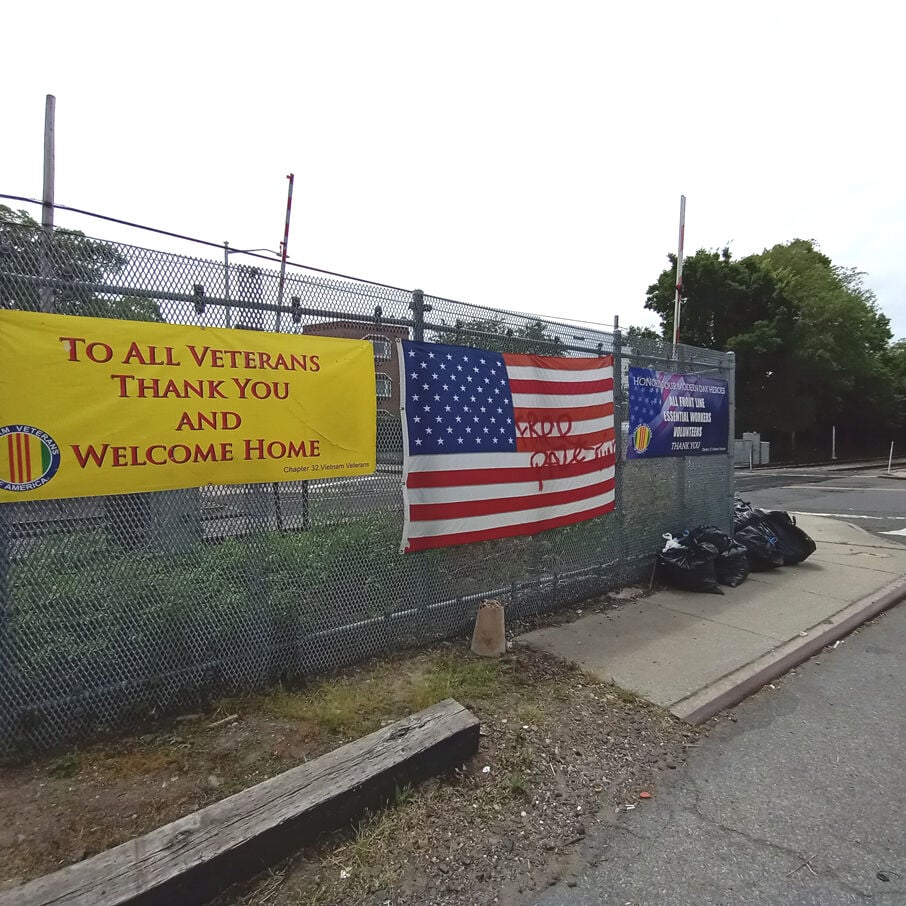 A vandal spray-painted an American flag at a display in Glendale prepared by the Vietnam Veterans of America Chapter 32.

Queens residents lost to Covid-19 were remembered in a day-long ceremony at Forest Park on May 1.

Federal authorities found heroin and fentanyl in a February raid in Ridgewood that netted $12 million of drugs.

A vandal spray-painted an American flag at a display in Glendale prepared by the Vietnam Veterans of America Chapter 32.

Folks in Mid Queens may have taken some knocks early in 2021 — and we’re not even talking about Covid-19 — but there always seemed to be someone there to help somebody back up.

The Queens Place mall was evacuated over concern of a possible bomb in a Tesla but police determined the threat was a hoax.

A riot at the United States Capitol carried out by a mob of President Trump supporters led to the evacuation and lockdown of the Capitol and five deaths.

“I just texted [my family] that I love them,” Rep. Grace Meng (D-Flushing) told CNN. Meng said she heard rioters running through the halls shouting “U.S.A!” as she pushed as much furniture as possible against the door, turned off all the lights and hunkered down for nearly six hours after which she was removed by security.

Eduard Florea, 40, was arrested in Middle Village after the FBI discovered online threats for an armed caravan to the Capitol building. Authorities said Florea was not believed to be at the riot at the Captiol earlier in the month.

Police shot a Maspeth man as he lunged toward them with a knife. The 41-year-old, who police said was on crystal meth and hallucinating, went to a nearby hospital in critical condition. It was the third time in the week police responded to the address.

President Biden was sworn in, becoming the 46th president of the United States. “We must end this uncivil war,” he said.

Councilman Jimmy Van Bramer (D-Sunnyside) announced he would run in the Democratic primary for borough president. Van Bramer, who would be term-limited out of office at the end of the year, had dropped out of the special election for the race in 2020 to focus on his mother’s health.

The Fresh Pond Road Chamber of Commerce was reactivated with a push being made by several business owners.

“We’re trying to get all the businesses to hold hands, get each business to help each other,” said Liran Gross, branch manager for Maspeth Federal Savings bank.

Following weeks of area leaders attempting to get him off the cold street, a homeless man situated at Myrtle Avenue and Fresh Pond Road in Glendale left his spot to go to a hospital.

“Initially he was hesitant to go,” said the Rev. Mike Lopez of All Saints Church. “He said he was happy because this is where his community is and he didn’t want to go. Eventually we were able to convince him that it wasn’t safe for him to continue staying there, either for him or the community.”

Rogelio Vega, a deacon from Maspeth, was arrested for seeking sex with a teenage boy. Vega, 40, went to meet the 14-year-old only to find out it was a detective.

Vietnam Veterans of America Chapter 32 moved its headquarters from Whitestone to Maspeth, as its home for the last decade was put up for sale.

Two men were indicted for making a terroristic threat and other felony charges for allegedly planting a fake bomb on top of a car at Queens Place mall in January.

Louis Shenker, 22, of Amherst, Mass., and Taylor Lyne, 27, of Santa Rosa, Calif., were arraigned on an indictment charging them with placing a false bomb or hazardous substance in a sports stadium or arena, mass transportation facility, or enclosed shopping mall, making a terroristic threat and abandonment of an animal.

An accused major trafficker and three other people were charged in connection with a large-scale heroin-packaging mill dismantled in Ridgewood. Approximately 39 kilograms of suspected heroin with an estimated street value of $12 million, 1,000 fentanyl pills and $200,000 in cash were recovered during the investigation. DEA Special Agent in Charge Ray Donovan said it “was like an opioid land mine capable of dispersing hundreds of thousands of heroin doses throughout [the] Northeast.”

Harry Lambros, the owner of Harry’s Hardware on Eliot Avenue in Middle Village, died March 4 at 80. Lambros suffered from pneumonia after contracting the coronavirus.

Movie theaters in the city were allowed to reopen March 5 at 25 percent capacity, with moviegoers wearing masks.

The city Sheriff’s Office shut down an illegal rave in a Ridgewood warehouse on Irving Avenue on March 6. Deputies found 142 maskless people partying at the site. Two security guards and a DJ were issued tickets for defying orders.

Meisha Porter, a long-term employee of the Education Department, became the first Black female schools chancellor following the resignation of Richard Carranza. The outgoing chancellor said he stepped down to deal with personal trauma inflicted by the pandemic.

While major crimes went down significantly year-to-date in the 104th Precinct in the first quarter of 2021, vehicle theft went up — 175 percent, from 12 to 33. Precinct brass said they are seeing keys left in the ignitions of older cars and fobs being left inside newer vehicles.

World War II veteran Gerard Opitz, who lived in Glendale for decades, died at 97. While stationed in Norwich, England, with the 8th Air Force 389th Bomber Group, 564th Squadron, Opitz, a sergeant, flew in Consolidated B-24 Liberators as an aerial reconnaissance photographer.

Fans returned to Citi Field for baseball for the first time since 2019. With capacity limited to 20 percent, more than 8,000 fans turned out to see the Mets beat the Miami Marlins 3-2 on April 8.

The shuttered Modell’s sporting goods store at Queens Center mall in Elmhurst became a Covid vaccination site. Originally the Johnson and Johnson vaccine was to be distributed but following a nationwide pause due to blood clotting cases, the Moderna vaccine was distributed at the site.

It was learned that Richard Rivera, who murdered off-duty Police Officer Robert Walsh during a robbery of a Maspeth bar in 1981, was serving on a police reform committee upstate. The panel was formed in response to an order by then-Gov. Cuomo on police reform.

The Queens Chronicle received 10 awards, including three for first place, in the annual contest hosted by the New York Press Association.

The family of the late Borough President Claire Shulman joined elected officials in Kew Gardens on April 26 to dedicate Borough Hall with the honorary address of 1 Claire Shulman Way. Shulman in 1986 became the first woman to serve as Queens borough president, an office she held until 2002. She was 94 when she passed away last August following a bout with cancer.

The state Legislature, on April 28, voted to overturn or lessen several of Cuomo’s restrictions on small businesses such as retail and restaurants.

Forest Park on May 1 hosted a seven-hour tribute to the more than 3,000 Queens residents lost in the Covid-19 pandemic. The most somber portion was a display of more than 400 portraits of people lost set on the seats at the park’s bandshell.

A major sewer construction project in Maspeth on and around the 70th Street corridor began on May 8. It included badly needed replacement of old sewer lines with larger ones and installation of manholes. It also allowed for the installation of 72-inch water main valves and backfilling on 69th Street between 48th Avenue and Queens Boulevard.

Len Santoro, president of the 104th Precinct Community Council, announced at the group’s May 18 meeting that National Night Out Against Crime would be returning to its accustomed time on the first Tuesday of August after a forced one-year hiatus to Covid-19.

Bishop Nicholas DiMarzio of the Diocese of Brooklyn gave the all-clear signal for Roman Catholic churches in Brooklyn and Queens to return to services with full capacity, though a number of Covid-19 protocols remain in place to this day.

A vandal spray-painted “Free Palestine” on a flag display created by Vietnam Veterans of America Chapter 32 in the early-morning hours of May 24. The display was put up in a garden the veterans rehabilitated on 88th Street in Glendale. Ed Britton, a resident of Florida — and a Vietnam era veteran — who grew up in Flushing and read about the vandalism in the Chronicle’s online edition, sent the group a new flag.

And while neighborhoods throughout Queens still couldn’t host their traditional parades on Memorial Day Weekend because of Covid restrictions, American Legion Posts 104 and 562 in Glendale, Vietnam Veterans Chapter 32 and others still were able to have small but powerful remembrances for those who have fallen in service to the United States.

A vandal or vandals spray-painted swastikas and hate graffiti throughout the Queens Vietnam Veterans Memorial in Elmhurst Park on June 2. The damage included the phrases “fallen souls” and “baby killers.”

D’Amico, who had Asperger’s syndrome, was admitted to the hospital with Covid-19 and on a ventilator. But his mother, who also was his primary caregiver, was forced to leave due to emergency restrictions. His condition worsened and his family was not told until days later that he had been taken off life support and passed away. Fred’s Law would allow the disabled to always have a caregiver present.

A statue of Mary the Blessed Mother that has long stood at St. Adalbert Roman Catholic Parish in Elmhurst has been restored after being broken in two by vandals in May. It was restored, in part, with help from an officer in the NYPD’s 110th Precinct with a knowledge of masonry.

Councilman Bob Holden (D-Middle Village) submitted a bill that would force owners of inactive constriction sites to replace wooden fences with chainlink after two years. The aim is to reduce graffiti and have safer fences.