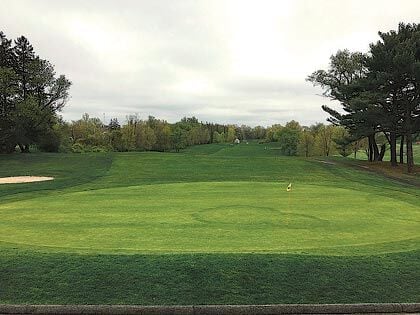 Douglaston Golf Course is hilly and has a lot of blind shots, compared to others. Located at the site of a former country club, the well-conditioned course is one in Queens where players can work on their game. 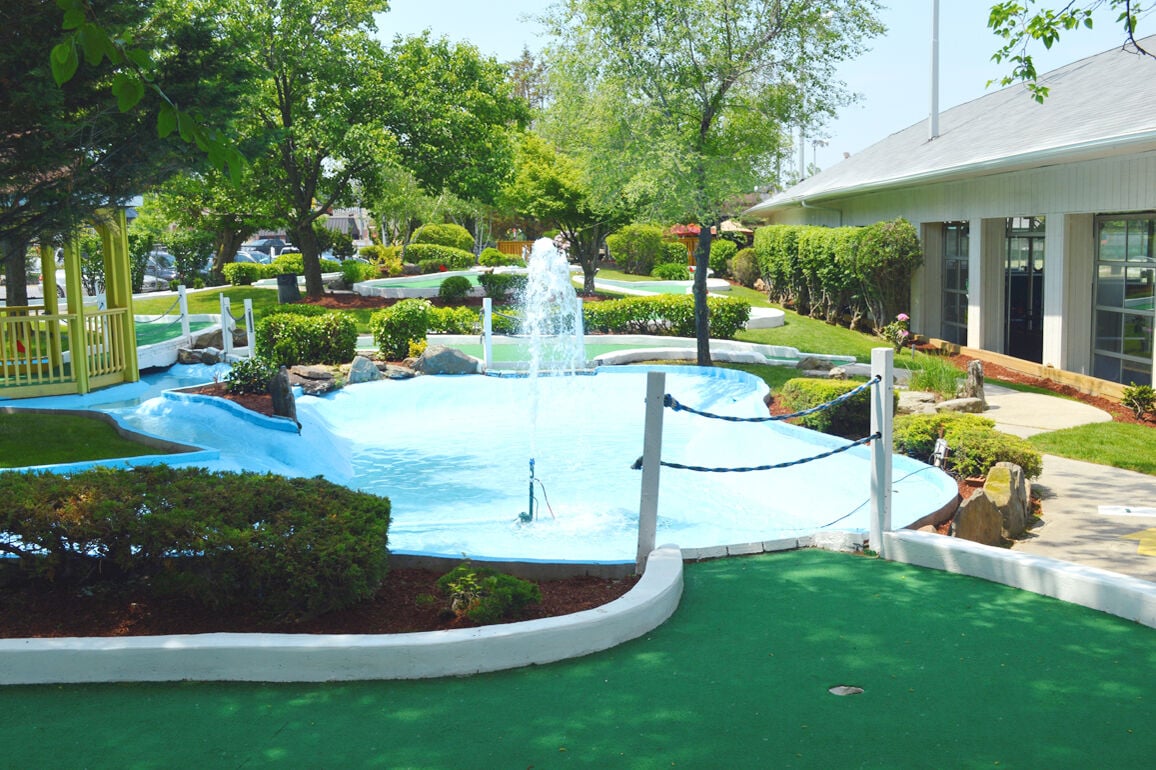 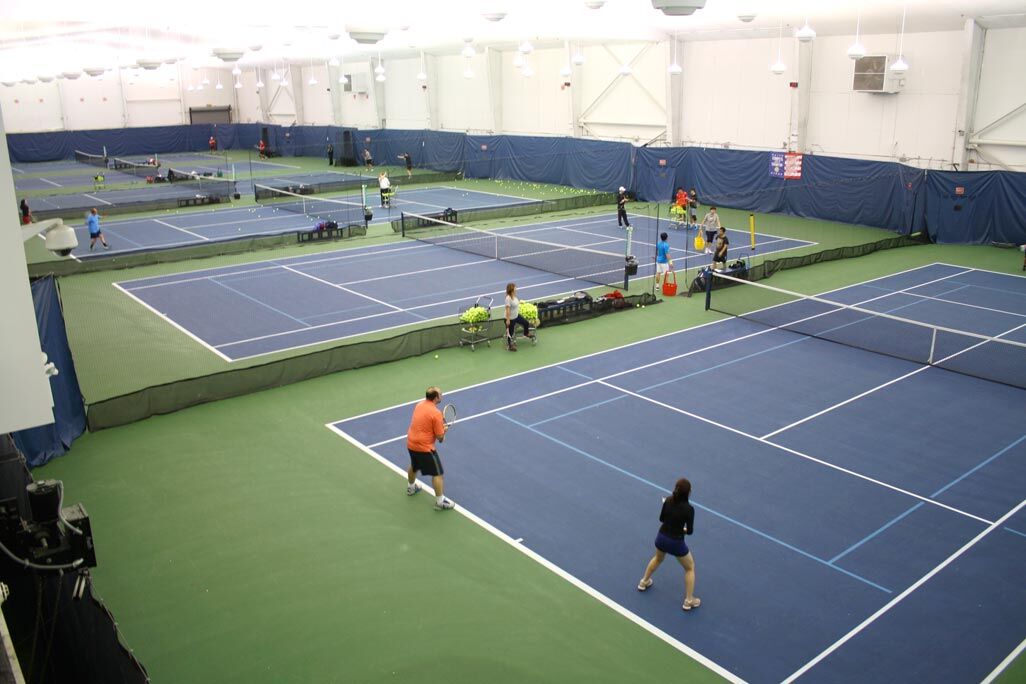 If you’re looking for something a bit quicker-paced than golf, you can take out a racket and practice some tennis. The Billie Jean King National Tennis Center is not just for the US Open, as you can play at the world’s largest public tennis facility, as seen in 2016. There are also various tennis courts at parks around the borough.

Douglaston Golf Course is hilly and has a lot of blind shots, compared to others. Located at the site of a former country club, the well-conditioned course is one in Queens where players can work on their game.

If you’re looking for something a bit quicker-paced than golf, you can take out a racket and practice some tennis. The Billie Jean King National Tennis Center is not just for the US Open, as you can play at the world’s largest public tennis facility, as seen in 2016. There are also various tennis courts at parks around the borough.

Whether you’re a scratch golfer or your game resembles Ralph Kramden’s, it’s time to see how the swing is at one of the courses in the borough.

One is Kissena Park Golf Course at 164-15 Booth Memorial Ave. in Flushing.

She said its convenient location, which opened in 1935, makes the course popular. “We’re getting people from all walks of life, any borough, any county,” Georgios said. “We’re getting a variety of new players.”

The Flushing spot remained popular even in the winter months.

“Everyone needed an outdoor activity and they chose golf as a sport,” she said.

Georgios said people often take pictures on the hills where they can see the sunrise and sunset.

“People are very happy here when they play,” she said.

Rates vary, with an early bird 9-hole tour on a weekday morning costing $18.

Another option is Douglaston Golf Course at 63-20 Marathon Pkwy.

“It’s a former country club so it still has a lot of the bones from that,” said general manager Jason Zaretsky.

Constructed in 1927 and bought by the city in the 1960s, the course sits where the North Hills Country Club Golf Course used to be. The clubhouse is in a unique building designed in the Spanish Mission style of architecture.

Zaretsky said the course is “very hilly” with “a lot of blind shots.” He believes the greens are a little bigger than others in the city.

“It’s probably one of the better-conditioned courses in the city,” he said.

Zaretsky said the Douglaston course has a friendly atmosphere. “People that work here are nice,” he said. “Good crowds play here. We try to treat everyone well, have a great day and hopefully it makes them want to come back for more.”

Prices vary, with the cost $40 to golf all 18 holes after noon on weekends.

Also in Douglaston is the Alley Pond Golf Center at 232-01 Northern Blvd. There is a driving range, mini-golf course and a PGA simulator that lets players tee off in recreated versions of famous courses, like the one in Pebble Beach, Calif.

Another beautiful spot to work on drives and putting is the Clearview Park Golf Course at 202-12 Willets Point Blvd. in Bay Terrace.

It was founded in 1925 and was originally named the Clearview Golf and Yacht Club, serving as an exclusive retreat. One member was Gov. Alfred Smith.

The somewhat hilly course contains both straight, open fairways as well as others lined with trees and forest, according to the city parks website. It is designed for beginner to intermediate level players and par ranges from three to five strokes.

The course’s signature hole is No. 17, a 395-yard, par 4 hole offering spectacular views of the Long Island Sound and Throgs Neck Bridge.

Less intimidating, but still fun, is the Flushing Meadows Pitch & Putt with its 18 holes and a mini-golf course with waterfalls, bridges and streams. The 18 holes can be completed in less than two hours.

Beginners can enjoy the relaxed atmosphere and advanced golfers can sharpen their short game.

Eighteen holes cost $18.75 for adults on the weekdays. For more information visit golfnyc.com/flushing-pitchputt-rates/.

It’s not just northern Queens that has good golf spots.

Residents can head over to the southern part of the borough to Forest Park Golf Course at 101 Forest Park Drive. The tree-lined course was named the city’s best by Golf Guides USA.

Just off the Jackie Robinson Parkway, it was originally designed in 1896 and redesigned in 1995. The renovation included a significant lengthening of the course and now plays at over 6,000 yards.

An early bird special for nine holes for the first hour and a half of daylight costs $19 on weekdays.

If you want to put down the golf clubs and pick up a tennis racket, you can head to the Billie Jean King National Tennis Center, the world’s largest public tennis facility.

The center in Flushing Meadows Corona Park is famous for hosting the US Open but for 11 months of the year, regular players can try to swing like Roger Federer, Rafael Nadal and Serena Williams.

Outdoor courts cost $36 per hour, while indoor courts range from $36 to $68 per hour depending on the time. Reservations may be made up to two days in advance at ntc.usta.com.

There are also various courts open at parks around the borough. Among them:

• Astoria Park at 21st Street and Hoyt Avenue has 14 courts;

• Crocheron Park at 215th Place and 33rd Avenue in Bayside has 10 courts; and

For a full list of all locations in the city, visit nycgovparks.org/facilities/tennis.

A tennis permit can be purchased online for use at any outdoor court during the season, which lasts from the first Saturday in April to the Sunday before Thanksgiving.