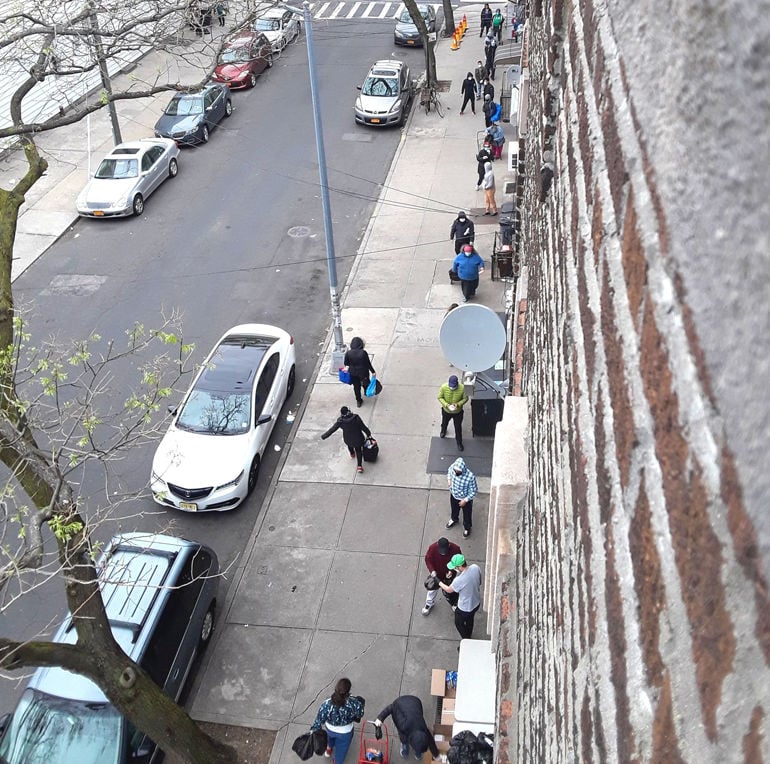 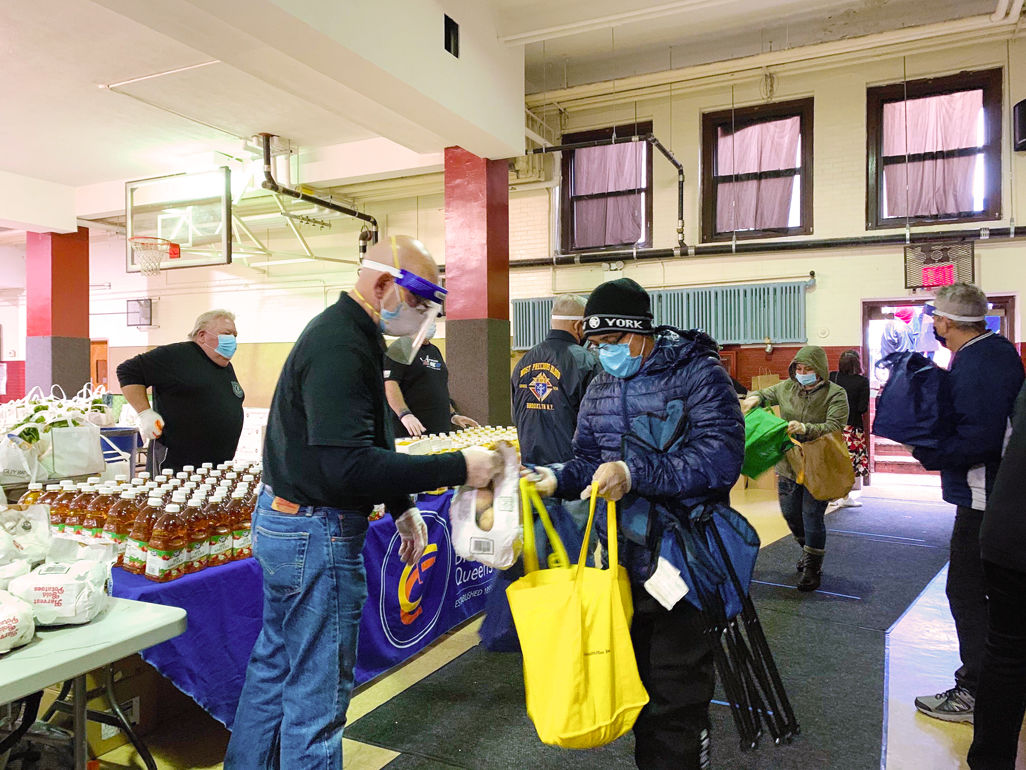 Food pantries are seeing many more residents lining up during the virus crisis as the borough deals with health and financial emergencies.

Food pantries are seeing many more residents lining up during the virus crisis as the borough deals with health and financial emergencies.

Crystal Wolfe has been running Catering for the Homeless for several years and believed if something catastrophic was to happen, the borough would be hit hard.

“I already knew if there was a natural disaster or crisis it would be worse in Queens because I already knew the underlying problems,” she said: a lack of schools, hospitals and services.

Providing thousands of meals a week to food pantries in addition to home deliveries during the coronavirus crisis from the group’s base in Maspeth, Wolfe has encountered undocumented immigrants who are starving, residents with the coronavirus and even homeless veterans.

“That is a disgrace to me as an American,” Wolfe said.

About one-third of the city’s food pantries have closed since the start of the crisis and there have been lines hundreds deep of people waiting for food in the cold.

“Every single week more and more families are coming to the pantries so it’s getting to be a struggle to not run out of food,” Wolfe said, adding that the endless need can be “overwhelming.”

The Rev. Mike Lopez of All Saints Church in Ridgewood, who started the Hungry Monk Rescue Truck, said the stories of people receiving food seem to be the same.

Before the crisis, it was primarily the working poor who would come for food, according to Lopez. But now there are people who were not expecting to be in this situation only weeks ago.

“We see a lot more of a desperate feel,” Lopez said, adding that there’s a sense of not knowing where to turn because of all the pantries that have closed.

He said $30,000 from donations and fundraising is being spent a week on food and then it’s gone. In fact, there are more people getting food even as the coronavirus curve is flattening.

“I think as people are spending whatever savings or whatever little bit of money they have left, they’re becoming more in need,” Lopez said, adding, “The need is tremendous and it’s not the usual need, it’s everybody right now.”

Catholic Charities of Brooklyn and Queens assisted more than 1,300 residents and families at an emergency pop-up event at St. Bartholomew Catholic Church in Elmhurst last Friday. There were also 700 who couldn’t be served due to the high demand.

The toughest part of the situation from Slizeski’s point of view? “Just to realize so that so many of the people who are coming to the food pantries now are people who have never visited a food pantry before,” he said. “This is a new reality for them and a real adjustment.”

“Practically all food pantries are run by elderly volunteers and they’re kind of not in the place to do it,” Slizeski said, noting that seniors are more susceptible to COVID. He said different people from the Knights of Columbus to younger parishioners have stepped up to help.

Slizeski said the organization has always helped people in need but now there are so many more. And nobody knows how long this will last.

“Even with the flattening of the curve, you’re still looking at people without jobs, and as long as that’s the situation this could go on for quite a while,” he said.

Debbie Hampson, Catholic Charities’ director for Community Program Services, has been with the agency for nearly 40 years, including during 9/11 and Hurricane Sandy. “I’ve never seen anything like this before,” she said. “I don’t think anybody has.”

Hampson oversees the pantries — “We’ve become very proficient” — and said there are twice as many people coming for food as usual, many who had never come before.

“The volume of people is staggering,” she said, adding, “People are scared to come out into stores and things like that. They’ve lost their job, a lot of folks won’t qualify for unemployment or the stimulus. They need to pay their rent and other bills besides providing food for their families.”

It was a Catholic Charities pop-up grab-and-go-style event in Corona on April 17 that saw a line stretching back 20 blocks, Gothamist reported.

A food giveaway event at the office of state Sen. Jessica Ramos (D-East Elmhurst) saw hundreds of people on line. According to Ramos, 700 meals were distributed to 170 families in 17 minutes.

She said its nine mobile markets with free produce have seen 30 percent increases to each site, with many of the newcomers unemployed or furloughed.

One person who picked up food has three children and a construction worker husband who isn’t working. There’s a college student, now out of school and unemployed with a father who has the coronavirus and a mother who isn’t working because barbershops are closed. Another is an out-of-work home attendant worried about rising supermarket prices.

City Harvest has received lots of donations from restaurants as well as wholesalers who would have given to restaurants. An impressive part of the last month for Harris is “just seeing how quickly everyone has reacted and changed and been able to adapt ... because so many of those food programs closed we’ve seen a lot of other programs ramp up.”