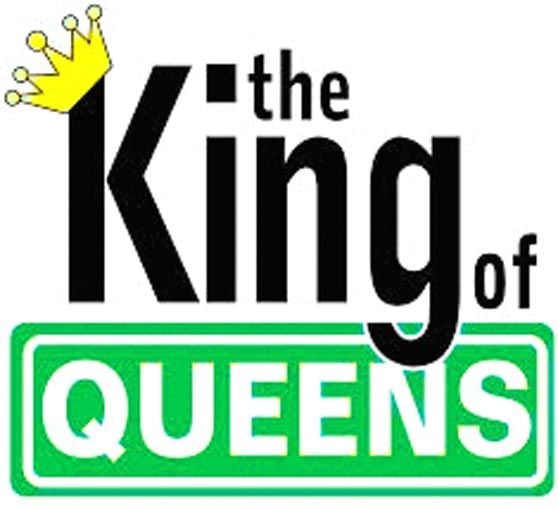 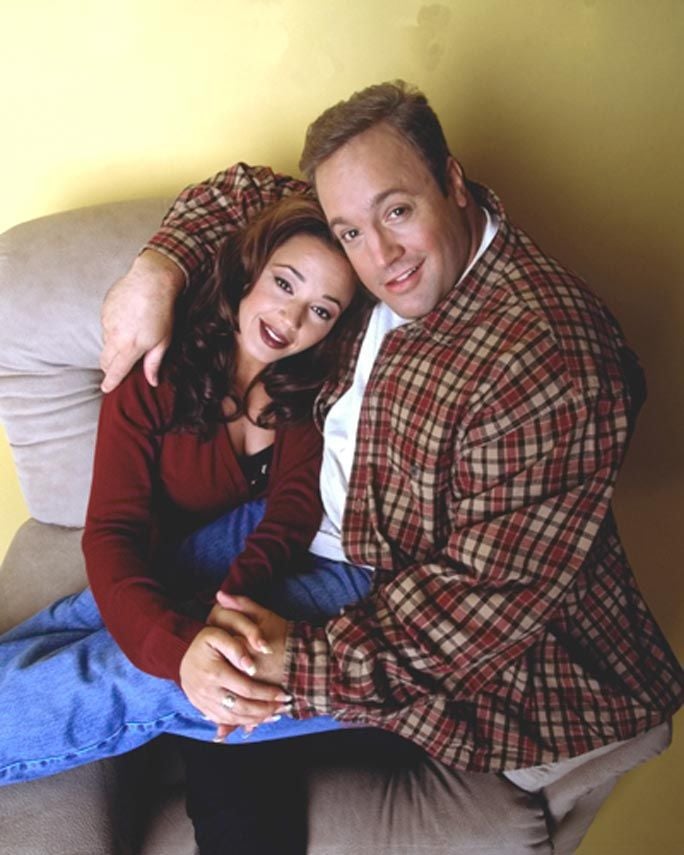 Leah Remini and Kevin James played Carrie and Doug Heffernan in the popular sitcom “The King of Queens,” which ran for nine seasons on CBS. 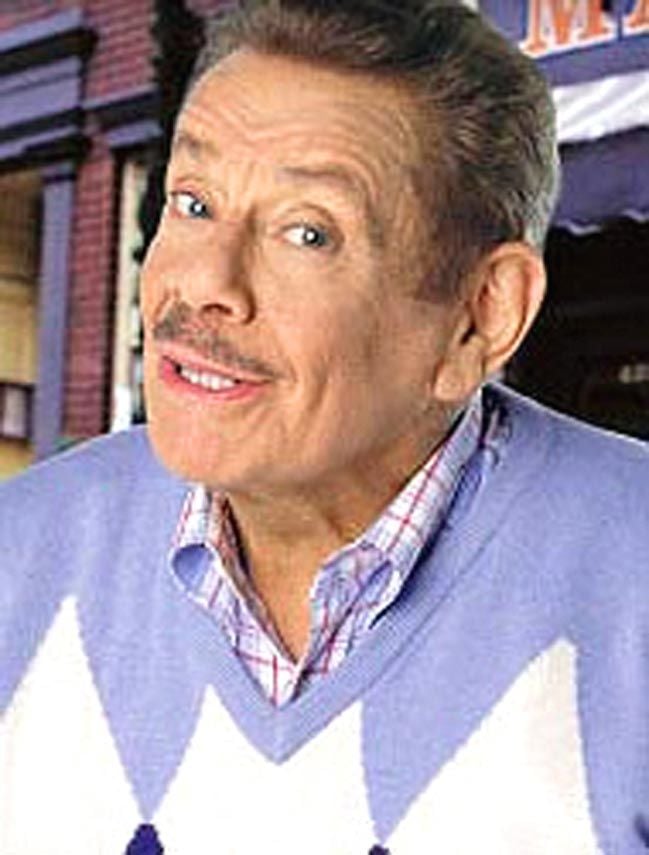 Jerry Stiller played Carrie Heffernan’s father, Arthur Spooner, a constant thorn in the side of the couple. 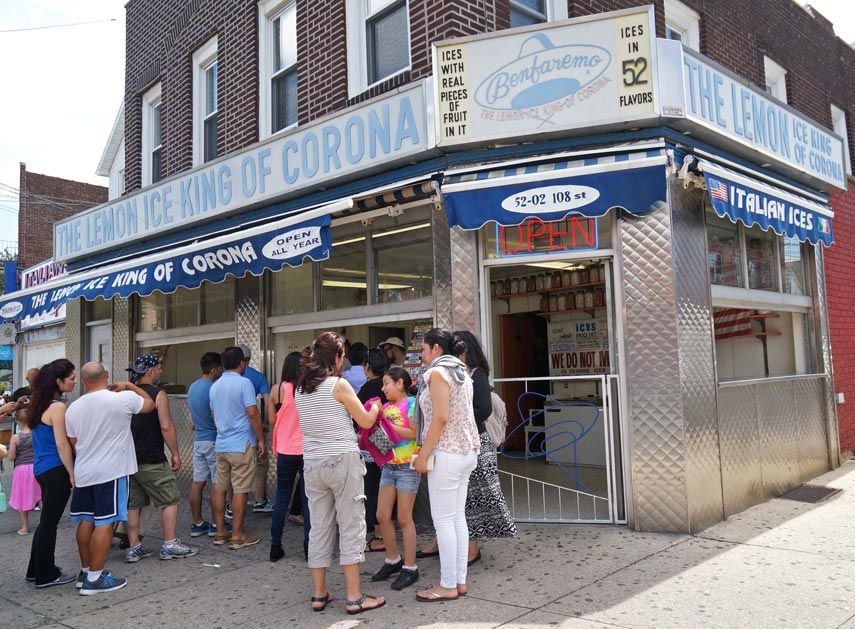 The Lemon Ice King of Corona remains a popular attraction in Queens, especially in the summer. It was featured in the opening credits of “The King of Queens.”

Leah Remini and Kevin James played Carrie and Doug Heffernan in the popular sitcom “The King of Queens,” which ran for nine seasons on CBS.

Jerry Stiller played Carrie Heffernan’s father, Arthur Spooner, a constant thorn in the side of the couple.

The Lemon Ice King of Corona remains a popular attraction in Queens, especially in the summer. It was featured in the opening credits of “The King of Queens.”

“The King of Queens,” that popular CBS sitcom that ran for nine seasons, from 1998 to 2007, continues to remain a hit today on reruns and DVDs.

Although the show takes place in Queens — with the opening credits showing the Queens Center mall, the stars of the sitcom frolicking in Flushing Meadows Park and eating ices at the Lemon Ice King in Corona —the programs were actually filmed in Culver City, Calif. at Sony Pictures Studios.

The show revolves around Doug and Carrie Heffernan, a blue-collar married couple, and Carrie’s father, the unpredictable and sometimes volatile Arthur Spooner, who lived with them.

Doug, played by comedian Kevin James, is a deliveryman for the fictitious International Parcel Service, while his wife, portrayed by Leah Remini, is a secretary in Manhattan, first at a law firm and later in real estate.

Her father, played by the veteran comedian Jerry Stiller, is a source of aggravation for the Heffernans as they have very little alone time. According to the plot, Spooner came to live with them shortly after their marriage because he accidentally set his house on fire and had no insurance.

One of Doug’s joys was his 70-inch television, which is now relegated to the garage because Spooner occupies the basement.

Heffernan and his friends could often be seen hanging out at Cooper’s Ale House in Glendale, now Yerman’s Irish Pub. But those scenes were also recreated in the studio.

Regular cast members who played Doug’s friends included Deacon Palmer, portrayed by Victor Williams, his best friend and co-worker, who graduated from St. John’s University; and Spencer Olchin, played by Patton Oswalt, described as a nerd who likes science fiction and comic books and is a hypochondriac.

Carrie and Doug don’t know what to do with the old man, who is always around and complaining so they finally hire Holly to take him along with the dogs for daily outings.

Spooner has gone through three wives and by the final season weds Doug’s friend Spencer’s mother, Veronica. In real life that woman was Anne Meara, Stiller’s wife of 61 years, who died recently.

Unquestionably, the house looks like an abode in Queens, but the exterior was actually filmed in Cliffside Park, NJ.

The show was partly inspired by Jackie Gleason’s “The Honeymooners,” with Doug and Carrie showing mannerisms similar to those of Ralph and Alice Cramden and Remini providing deadpan expressions like Alice.

Doug’s character also appeared in other series including “Everybody Loves Raymond” and “Cosby” in 1996 and “Becker” in 1998.

He appeared five times on “Everybody Loves Raymond” and Ray Romano, the Forest Hills native who starred in “Raymond,” also showed up on James’ show, as did other cast members because it was such a popular crossover for fans.

Another recurring character in “The King of Queens” was Lou Ferrigno and his real-life wife, who played neighbors of the Heffernans.

Best known for his portrayal of The Hulk, Ferrigno, who played himself in the sitcom, didn’t like Hulk jokes from the neighbors.

According to online surveys, one of the most popular episodes was from season three and titled “Strike Out.” It dealt with Doug and Deacon’s handling of their union’s strike.

The strike was into its third week. After discovering that the men had slept all day and did nothing, the two wives had had enough of their husbands’ behavior and talked the two into hanging out with Spooner, while Deacon also babysat his youngest child.

Hijinks ensued with the men betting on which farm animal noise will come from the baby’s toy next, making infantile jokes to neighbors and giving someone wrong directions to Forest Hills High School.

When the two wives discovered their actions, they put an end to it, but by then the strike was over and Spooner lamented that the camaraderie would end. Doug promised otherwise. Stiller was particularly poignant and funny bonding with the two younger men with his uproarious nonsense actions.

None of the lead actors actually hailed from Queens, though close. James is a Long Island native and Remini and Stiller were brought up in Brooklyn.

James went on to star in several full-length comedy movies including “Paul Blart: Mall Cop,” “Zookeeper” and “I Now Pronounce You Chuck and Larry,” and continues with his stand-up comedy act. Remini appeared on “Dancing with the Stars,” was a host for a short time on “The Talk” and now stars on a TLC reality show called “It’s All Relative.”

Stiller, 88, has gone on to appear in several movies including his son, Ben Stiller’s, “Zoolander” and “Hairspray.”

After “The King of Queens” became popular — and it was considered a Monday night staple that was called “comedy that delivers” — the producers phoned the Queens Chronicle asking if they could use copies of the newspapers as props. The answer, of course, was yes.

See if you can spot any copies lying around the Heffernan household the next time you catch an old episode.