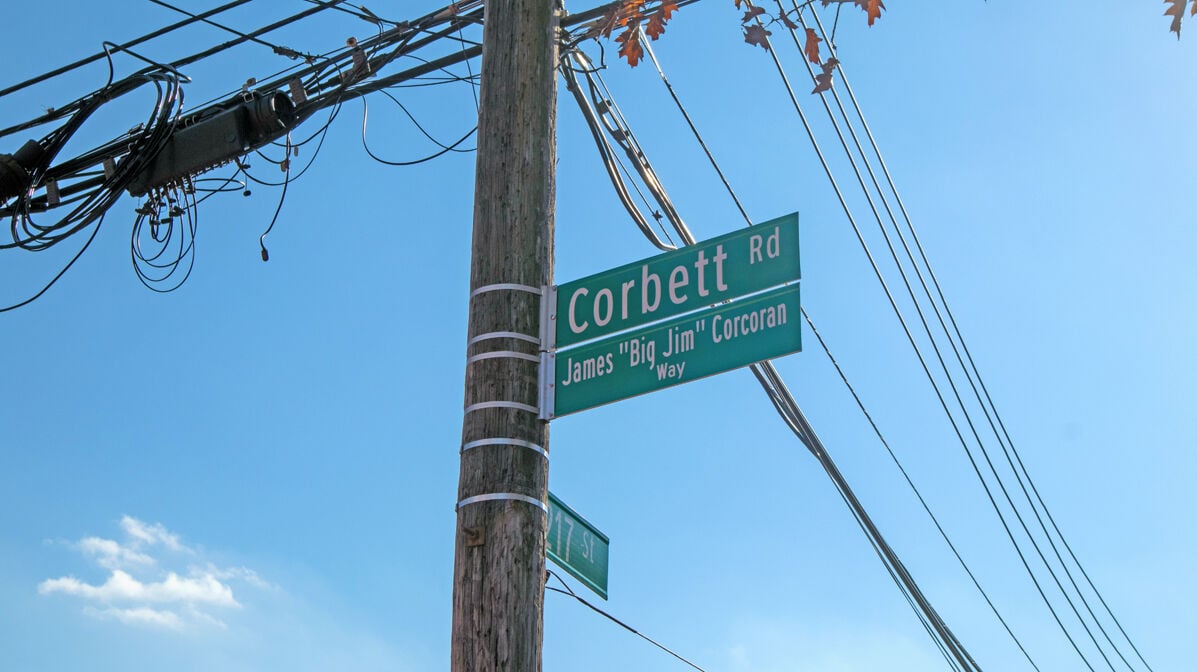 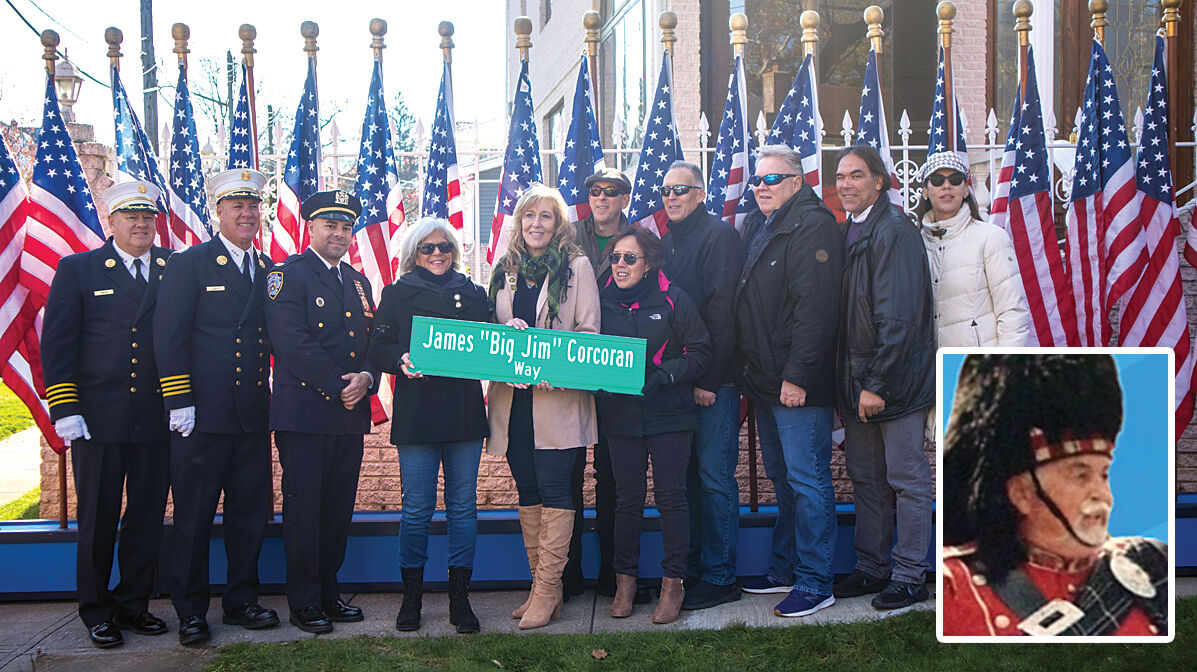 The new sign, top, hangs across the street from the Corcoran family’s home in Bayside.

The new sign, top, hangs across the street from the Corcoran family’s home in Bayside.

Friends, family, area elected officials and FDNY members gathered at the corner of 217th Street and Corbett Road in Bayside last Saturday morning to honor the life of James “Big Jim” Corcoran, a charter member of the FDNY Emerald Society Pipes and Drums.

Corcoran served as a member of New York’s Bravest for 36 years, but he was perhaps best known for his work with the FDNY Emerald Society Pipes and Drums, which he helped found in 1962: He was the society’s first drum major.

Corcoran held that position for 33 years, leading the society through countless parades over the years and doing so until the day he died — literally. Big Jim died on March 17, 1995 when he suffered a massive heart attack, just minutes after he finished marching up Fifth Avenue in Manhattan in the annual St. Patrick’s Day Parade.

Councilmember Vickie Paladino (R-Whitestone) said she was “so honored” to take part in last weekend’s ceremony.

“Big Jim was certainly a figure who was larger than life,” Paladino said. “He is from a generation that understands the twists and turns of life and how to deal with them.”

The new street sign was unveiled across the street from the Corcoran family home, where they have lived since 1967.

The street co-naming was first pitched to Community Board 11 more than a year and a half ago. After Corcoran’s family received a letter of support from the Bayside Historical Society, the board overwhelmingly recommended the co-naming back in March. The City Council approved it this summer.