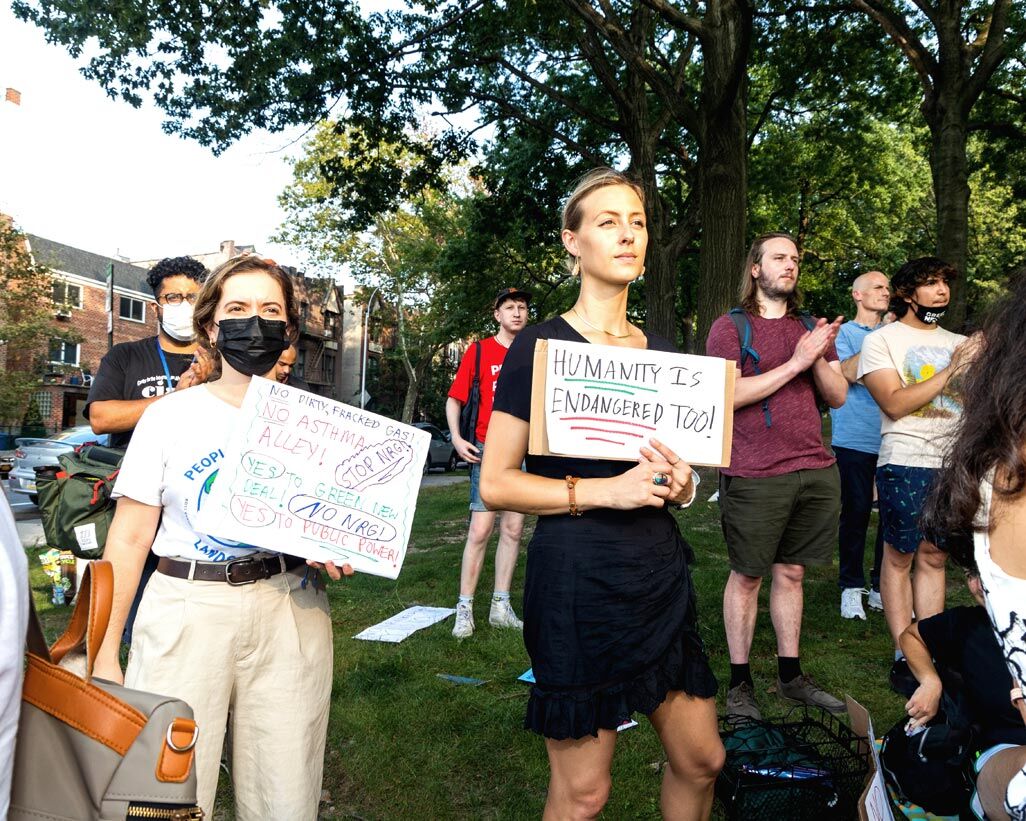 Protesters against a natural gas power plant gather at a rally in Astoria Park on Aug. 26. 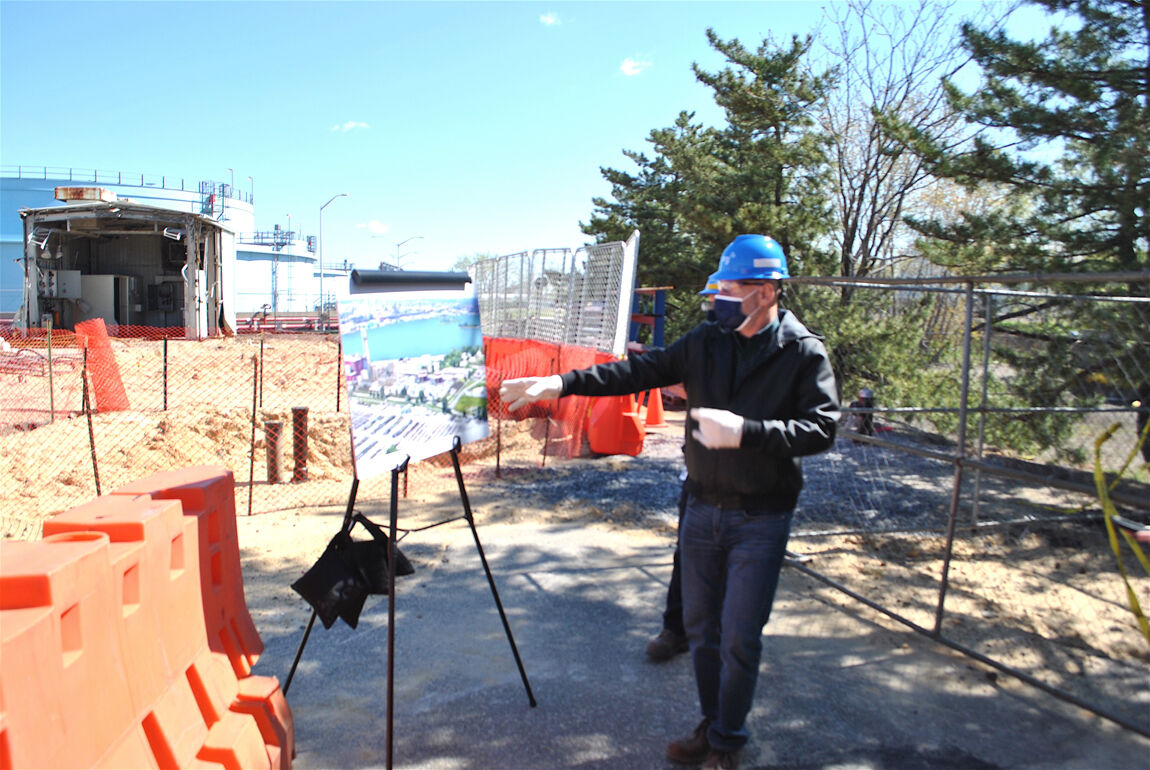 Tom Atkins, vice president of development for NRG, shows where new, cleaner equipment would replace old technology during a tour of the site conducted by company officials this past April.

Protesters against a natural gas power plant gather at a rally in Astoria Park on Aug. 26.

Tom Atkins, vice president of development for NRG, shows where new, cleaner equipment would replace old technology during a tour of the site conducted by company officials this past April.

State hearings last week apparently did nothing to bridge the gap between the two sides in the battle to convert an oil-burning power plant in Astoria to natural gas.

But those who missed the online sessions hosted by the Department of Environmental Conservation on Aug. 24 and 26 still can submit their views for consideration as the agency has extended the public comment period through Sept. 13.

NRG Energy is presenting its plan to replace the oil-burning generators — some of them dating back to the early 1970s — with modern equipment and cleaner-burning natural gas as a greener alternative.

Like the present system, the new one would operate only when the city’s existing power infrastructure is being overtaxed, such as in a heat wave, or compromised, such as in a storm or after a major equipment failure. It also would be designed for eventual conversion to burning green hydrogen.

Opponents cite the dangers of natural gas obtained through hydrofracking and insist that any conversion of the plant be exclusively to green technology such as solar for two reasons — to help the state meet its deadlines for renewable energy conversion; and to lessen the emissions from the Astoria site that has been generating energy and pollution in the neighborhood for more than a century.

In a statement issued after last Thursday’s hearing, Dave Schrader, senior manager of communications for the company, said the conversion plan is fully in line with the Legislature’s clean energy goals.

“The need for reliable power is as great as ever,” he said. “NRG’s plan to upgrade its Astoria plant with state-of-the-art technology that can be converted to green hydrogen in the future is fully consistent with the Climate Leadership and Community Protection Act as it will immediately result in significant reductions in greenhouse gas emissions and supports the expansion of renewable energy resources throughout the state. The Project will not only help ensure the lights stay on in New York City but will also bring more than 500 jobs at no cost to taxpayers, while also lowering electricity costs by $1.5 billion in just its first five years of operation.”

He also said the company is grateful for the support it has received in the form of letters to the DEC, as well as other backing it has received from neighbors, organized labor and trade unions and business leaders.

“For far too long the residents of western Queens have lived in the shadow of New York City’s power plants, bearing the brunt of the environmental and health consequences as the smoke stacks continue to belch pollution — that needs to stop today,” Schumer said in a statement released by the group Food & Water Watch. “A rebuilt NRG plant that will keep a fossil fuel-dependent power plant in Astoria for years to come ...”

“Given the severity of the climate crisis, no new fossil fuel plants should be getting built, period,” state Senate Deputy Majority Leader Mike Giannaris (D-Astoria) said in his statement. “I urge DEC to reject these permit applications and stop this destructive plant from being built. I will continue working with my community to fight against this ill-conceived project until it is finally dead.”

“My neighbors are literally and figuratively sick of being used as sacrificial lambs for the fossil fuel industry,” said state Sen. Jessica Ramos (D-Jackson Heights). “Astorians do not want another fracked gas plant polluting the air that they breathe. As we are currently experiencing the deleterious effects of climate change, it is absolutely ludicrous that this even needs to be debated.”

“Every day, I see my neighbors across Astoria suffer from some of the worst air quality in our city and we have the asthma rates to show for it,” Assemblyman Zohran Mamdani (D-Astoria) said. “Enough is enough ...”

Links to the permit documents and other aspects of the project can be found online at dec.ny.gov/permits/123391.html Anyone wishing to submit written comments may do so by Sept. 13, 2021 by sending them to comment.nrgastoriagas@dec.ny.gov.