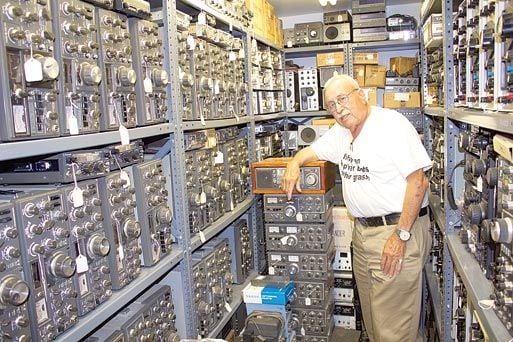 Hal Guretzky stands at Land Air Communications, his radio repair store located in Richmond Hill. Guretzky has been making headlines nationwide and beyond for his refusal to take his plane out of his Oceanside, LI driveway. 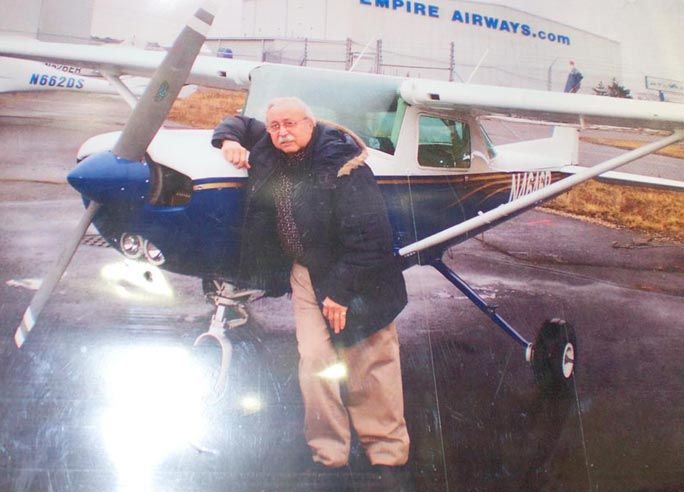 Guretzky stands with his plane.

Hal Guretzky stands at Land Air Communications, his radio repair store located in Richmond Hill. Guretzky has been making headlines nationwide and beyond for his refusal to take his plane out of his Oceanside, LI driveway.

Guretzky stands with his plane.

Out in Oceanside, LI, Richmond Hill businessman Hal Guretzky unleashed the ire of his neighbors and received a summons from the Town of Hempstead for parking his airplane in his driveway. Sixty-nine-year-old Guretzky recently lost his medical clearance for flying and figured it would be cheaper to keep the plane at home than at Republic Airport in Farmingdale.

His neighbors are calling the Cessna plane an eyesore and demanding its immediate removal. But Guretzky doesn’t see why he should move the small aircraft when many of his neighbors keep their boats in their driveways. In fact, he’s preparing to fight for his right to park his plane all the way up to the Supreme Court if he has to and 17 lawyers have already offered to take on his case pro bono.

Several airports have offered to let him park his plane for free until his health improves and he gets his student pilot license back, but Guretzky won’t back down on principle. His neighbors had already angered him by signing petitions that eventually forced him to remove a ham radio antenna from his home at a cost of $7,000.

That was a severe blow to the radio repair mechanic, who runs Land Air Communications in Richmond Hill. The shop, located at 95-15 108 St., is a labyrinth of narrow corridors, shelved and stacked from floor to ceiling with old radio equipment, all labeled and organized.

At Land Air Communications, a business Guretzky started more than 30 years ago, he and two other seasoned engineers, introduced as Willy from Guyana and Lee from South Korea, buy, fix and sell radios — often to people in the developing world who are on a budget. Guretzky’s philosophy is that “the best thing anyone can do is give someone a chance they wouldn’t have otherwise.”

Guretzky’s affinity for ham radios began when he joined a club dedicated to them at his Los Angeles high school.

He worked at a two-way radio company during his summer vacations. After high school, and obtaining all necessary licenses, he opted not to go to college, but his employer didn’t want him to get stuck so he gave him a list of deadbeat customers and told Guretzky to go start his own business.

From the back of a ’52 Chevy, Guretzky chased down truck drivers and fixed their radios on the spot. His business went well; he obtained corporate clients in New York and sold radios to people in the Philippines.

It was then he got the urge to fly, but Guretzky had trouble with one of his eyes. He had 20/20 in one eye and 20/400 in the other, but an instructor told him that didn’t have to stop him, he just had to work twice as hard and be twice as good. The instructor put him through rigorous spins and aerobatics that are not normally required of other pilots.

Just as he was ready to take his pilot test, he divorced his first wife. He cancelled his flight test, shut down his business and after visiting his sister in Seattle decided to start over in New York, where he had some connections.

He built a new business out of a van he bought. He would drive to Manhattan’s Lower East Side, where he would buy broken imported transistor radios, fix them and trade them for $15 worth of gas. Soon after, he moved into an apartment on Corona Avenue in Elmhurst. Guretzky obtained a city teaching license and taught electronics at the Academy of Aeronautics and George Westinghouse High School. He was also radio repair mechanic for the city police department where he worked in a room labeled “special projects.”

About 30 years ago, he started his Richmond Hill business. One day, he realized that one of his main regrets was not obtaining his pilot’s license.

So he obtained the necessary medical clearance to fly and got back to it.

Guretzky found the plane he now owns for sale in Virginia and paid the owner to fly it up to New York.

“The plane is a creampuff,” Guretzky said. “It’s blue and white, well kept and the owner had about three feet of documentation about it.”

He bought the plane, replaced the engine and kept it at Republic. Living in Richmond Hill and driving out to Republic Airport to fly his “little bird” was impractical, so Guretzky bought and renovated the Oceanside house he now lives in.

Now, while going through a bitter divorce and taking on the Town of Hempstead for the right to park the plane in his driveway, Guretzky is obsessed with a new dream: enlisting Capt. Sully Sullenberger — the retired pilot who skillfully landed a plane in the Hudson River after birds got caught in the engine — to take off in front of his house on Yale Street. Guretzky said he would erect bleachers and sell tickets to the spectacle, all proceeds of which would benefit the families of plane crash victims and breast cancer patients.

“Everyone wins,” he said. “This plan will bring the Town of Hempstead to its knees.”

As a retired multi-engine pilot and a licensed ham operator, I say to Guretzky, "GO FOR THE THROAT OF THE GOVERNMENT OFFICIALS AND ALL YOUR KNOTHEAD NEIGHBORS. It is time to stand your ground against these folks. Their hobby's are boats and parked in their driveways, so your plane is your hobby and should be allowed to stay in front of your house.

I sincerely hope that he paints his house pink with polka dots and purple stripes, installs 5,000 Christmas lights that he keeps on 24/7/365, and installs a giant cistern in the middle of his front yard to collect any rain water that falls on his property.

Did I read this correctly, he's going through his second divorce?

Anyway, just want to say I agree with TimRigney & Charly.

Now the same town officials are harassing and threatening Hal with more court harassment and more of the same garbage that they have been doing to him. Hal won!!!! and these officials from the Town of Hempstead should leave him alone. The judge said he could keep the plane in his driveway and dismissed the case against him!

Hey Town of Hempstead, go pick on someone else!