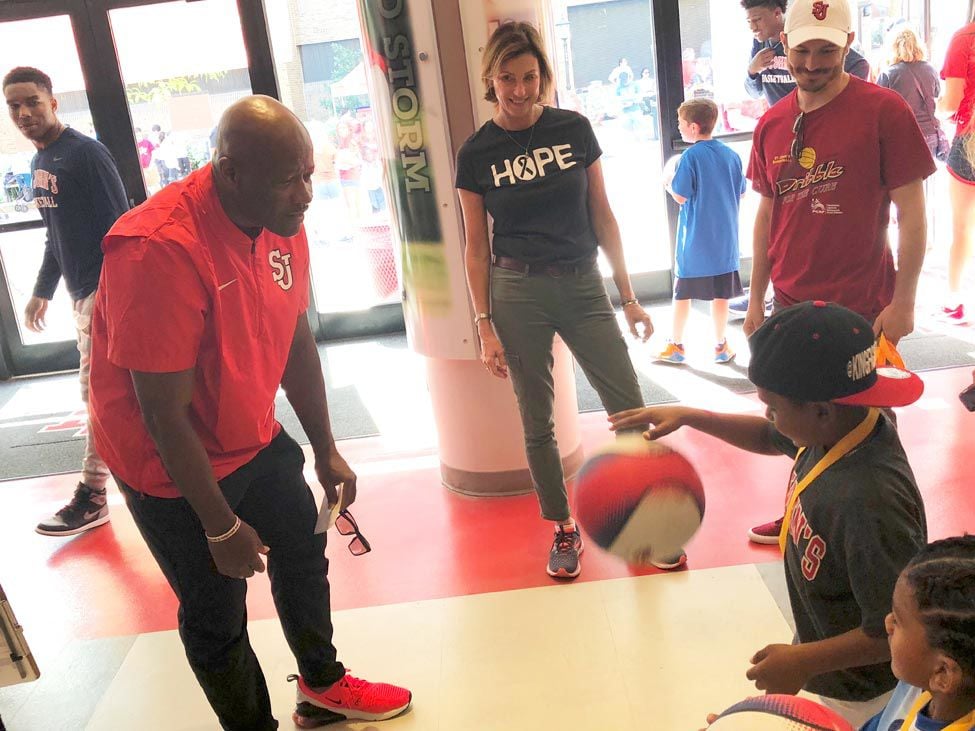 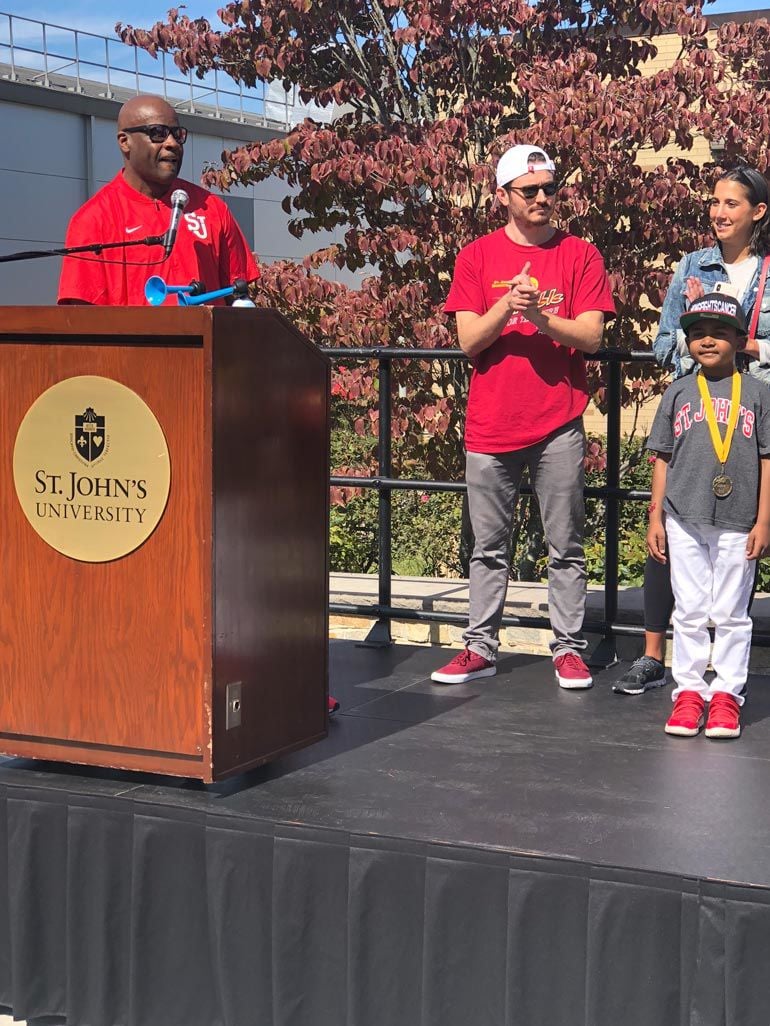 The ninth annual Dribble for the Cure, with the men’s and women’s basketball teams of St. John’s University, raised more than $85,000 last Saturday for the Pediatric Cancer Research Foundation.

Participants dribbled basketballs around the campus with members of the teams.

“When I look at our players and the women’s team out there interacting with the kids, they have bigger smiles than the kids who they are trying to put the smile on their face,” men’s head coach Mike Anderson said. “I think that’s the gift of giving. When you give there’s a feeling that permeates in your heart.”

Dribble for the Cure at St. John’s has raised approximately $700,000 since its initial event in 2011 to support the work of Dr. Mitchell Cairo, chief of pediatric hematology, oncology and stem cell transplantation at Maria Fareri Children’s Hospital in Westchester.

“About 50 years ago, less than 50 percent of kids were cured when they developed cancer,” said Dr. Jessica Hochberg, who works alongside Cairo. “Through research and clinical trials, we’ve been able to drive that number up to about 85 percent or more now and that’s amazing. We’re still not done.”

Women’s head coach Joe Tartamella said that everyone has been touched by it in some way.

“When you talk about children and putting a smile on their faces with the things that we are doing today and have done over the past nine years, you can’t put a price tag on that,” he said.

The coaches were joined on a podium by survivors Dan Mitchell and Marla Milone, as well as King Singh, who has been battling leukemia for most of his young life.