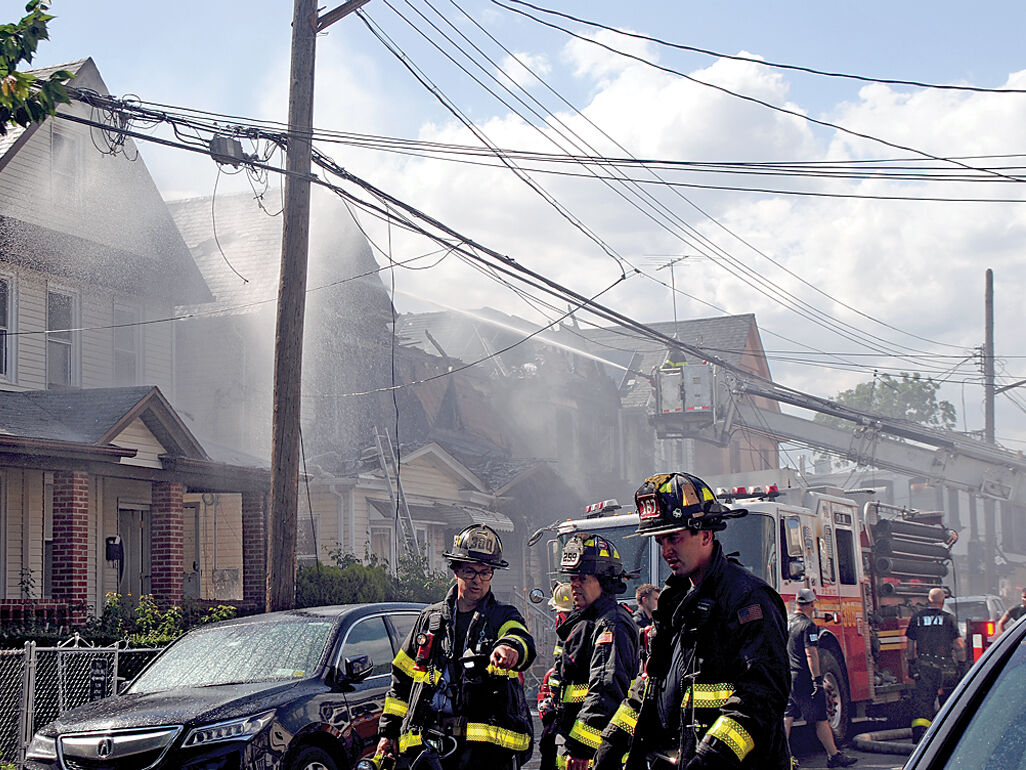 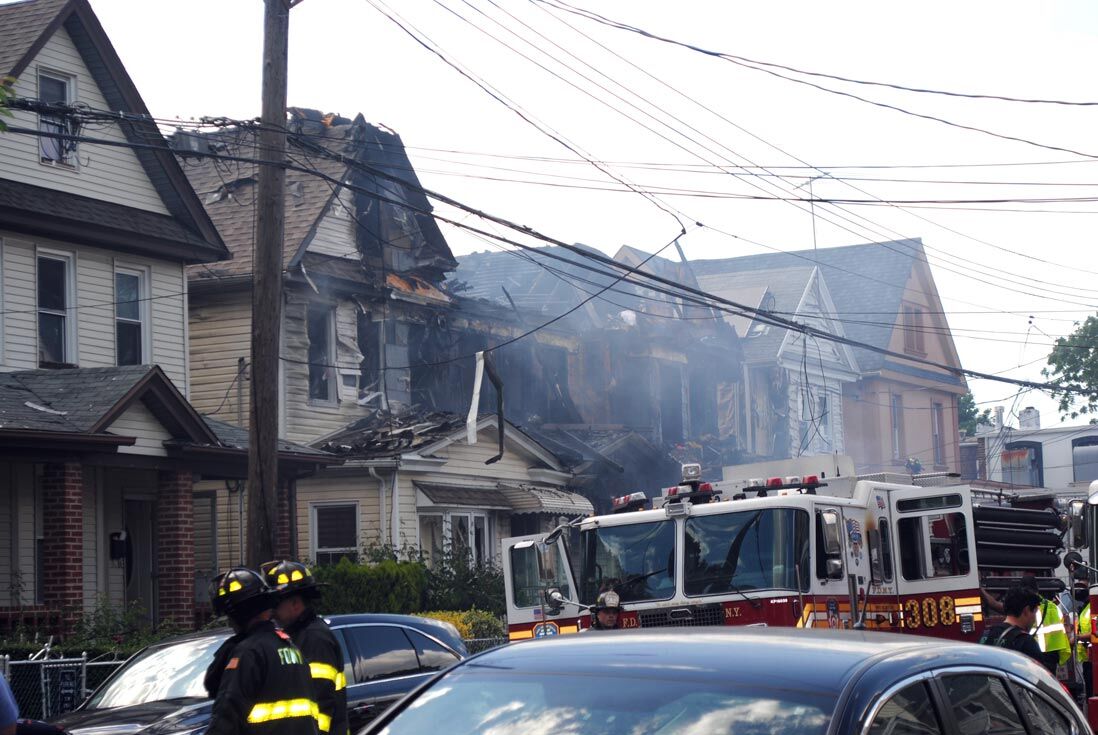 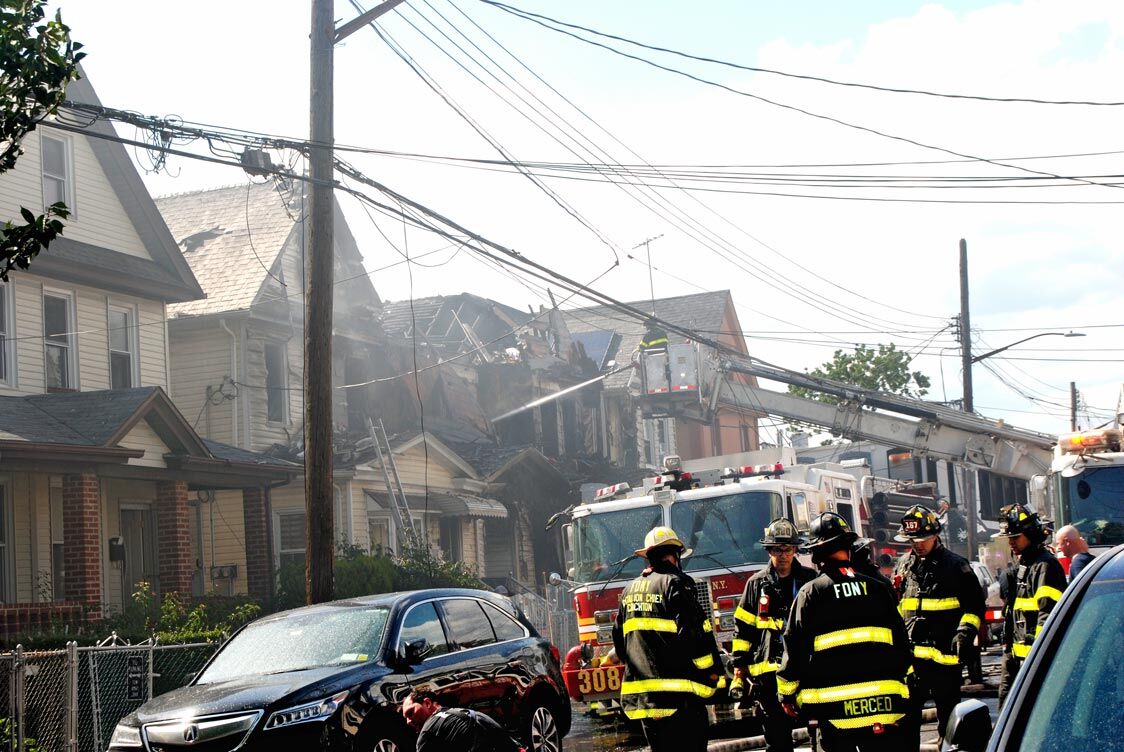 Around 3:30 p.m. last Friday, South Richmond Hill resident Selina Rodney opened the window to her basement apartment on 125th Street between 107th and Liberty avenues. Within seconds, she smelled smoke, and went outside to investigate. Only then did she discover that her street was flooded with firetrucks, FDNY personnel and dozens of her neighbors, all gathered outside the five-alarm fire that tore through several homes on her block starting about two hours earlier.

When the Chronicle asked whether she knew any of the residents of the three homes — 104-20, 104-18 and 104-16 125 St. —taking the lion’s share of the damage, Rodney said, “Not personally, but if my memory is correct, I’ve seen an old couple that lives there sitting out front.”

Though at the time, no one knew it, that couple, Salima and Balo Persaud, accounted for two of the three people who died in last Friday’s fire, the third being their 22-year-old son, Devon. They are survived by Boyo Persaud, Salima and Balo’s other son.

Salima and Balo Persaud’s bodies were found in 104-18 125th Street on Friday night, the FDNY told the Chronicle. By Saturday afternoon, Devon Persaud’s body was found in the same building, the FDNY said. The NYPD has yet to officially release the names of the deceased, however, their family has identified them as the victims. Five firefighters suffered minor injuries.

The fire began at approximately 1:15 Friday afternoon, neighbors said. By 2:15, it had been declared a two-alarm fire, and within less than an hour, it had been upped to a five-alarm fire. As the FDNY worked to calm the blaze, which began in 104-18 125 St. and quickly engulfed the two adjacent homes, neighbors stood on the sidewalk and sat on their stoops, watching in awe at the cloud of smoke.

A fairly narrow street, many of the homes are quite close together, making it plausible for fire to spread across several of them. On top of that, Friday afternoon was particularly windy, which only made the fire bigger.

As many as eight houses were affected by the fire. In addition to the three aforementioned houses, three homes across the street had their windows blown out; the two adjacent homes, 104-14 and 104-26, also suffered damages, Department of Buildings records show.

Though the FDNY said that the cause is not yet known, Rafena Santram, who lives in 104-16 and whose daughter was home when the fire began, said that a backyard propane tank was involved. Fortunately, Santram said, she has family in the area who she and her family can stay with in the meantime. Red Cross officers were on the scene by 4:30 p.m., working to determine how best to assist residents.

The Red Cross later said that it is assisting nine families — 29 adults and 13 children — affected by the fire.

“My heart goes out to the victims and loved ones of the devastating fatal fire in Richmond Hill. I pray for the swift recovery of those injured and thank our brave first responders for taking action to save lives,” Speaker Adrienne Adams (D-Jamaica) tweeted last Friday night. “We are working to assist the families impacted by this tragedy.”

Residents told the Chronicle that the community — one with large Bangladeshi and Guyanese populations — is a tight-knit one. That was clear as some comforted their neighbors; meanwhile, others walked up and down the block, handing out water bottles to firefighters and police officers.

According to community leader Richard David, that support is a staple in the neighborhood. “The community’s used to having each other in times of crisis,” he said. “So you kind of go back to what’s organic and natural to you.”

David said the neighborhood has been collecting food, water, clothing and other supplies for those displaced by the fire. He also said there are efforts to provide victims with mental health services in the works. David added that those nine families being assisted by the Red Cross may not be the only ones affected by the fire.

“Some folks are not coming forward as yet, because they were either renting there illegally, or maybe they just have some other issue that they don’t want to be identified,” he explained. He was optimistic, however, that as victims begin to receive assistance, others may come forward.

The family of those who died in the fire has organized a GoFundMe page to help cover funeral-related expenses and relieve some of the financial stress imposed by the fire. As of Wednesday morning, more than $52,480 had been raised. Those wishing to contibute to that fund may do so at gofund.me/dccb74df.