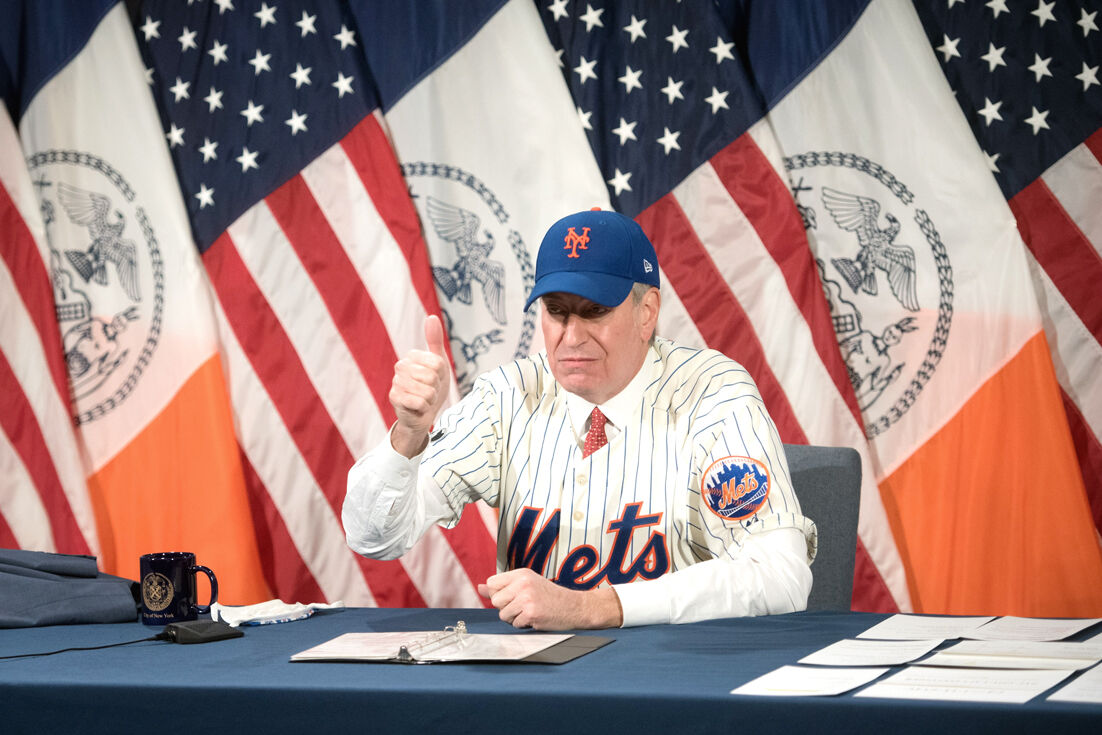 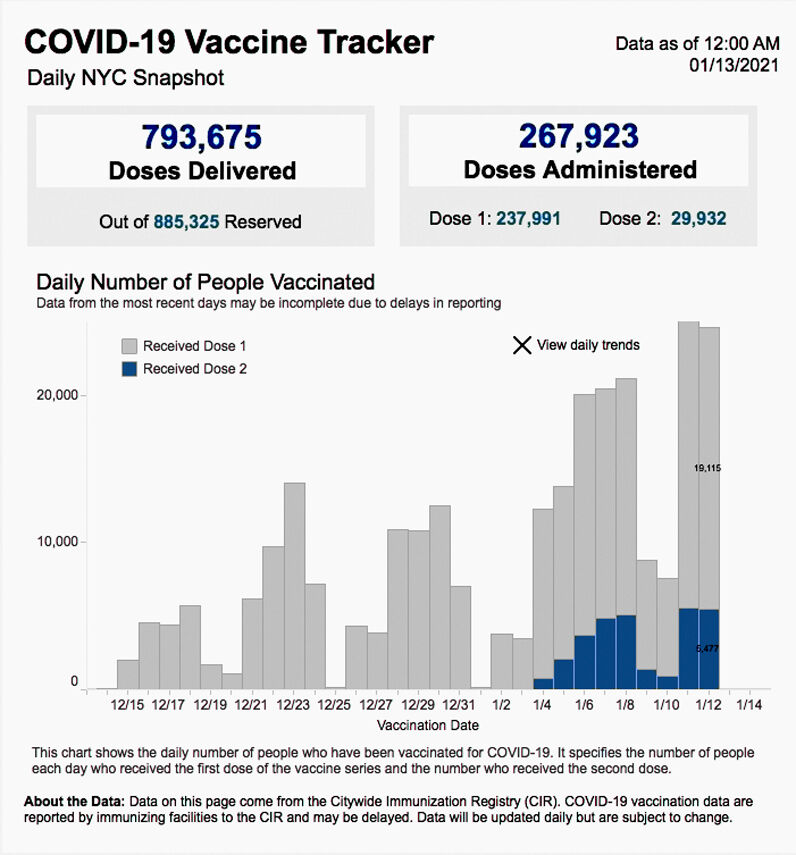 January is just about halfway over, but Mayor de Blasio is not even a fifth of the way near accomplishing his goal of vaccinating 1 million New Yorkers in the first month of 2021.

Between when he announced his inoculation goal on Dec. 31 and Jan. 13, only 161,713 people received their shots, according to the city Department of Health. Roughly 269,900 people have been vaccinated since the drug was approved in mid-December, 11 percent of them receiving both doses.

The day-to-day inoculations are inconsistent, but the city did reach a peak on Monday when almost 26,000 people were given their shots. The total shots administered since Dec. 14 only account for a third of what the city has in reserve, however.

Despite the slow start, de Blasio expects inoculations to soar in the coming weeks — he announced Tuesday that Citi Field will be transformed into Queens’ first 24/7 vaccination site beginning Jan. 25. The Mets’ stadium will have the capacity to administer between 5,000 and 7,000 vaccinations a day, he said.

“We welcome Queens residents, we welcome all New Yorkers, we even welcome Yankees fans. There is no discrimination,” the mayor joked, though there will be to some extent: Only groups included in Phase 1a and 1b will be eligible to receive their shots.

Gov. Cuomo made the latest eligibility expansion Jan. 12 when he announced seniors over the age of 65 could sign up for their shots. Vaccinations were only opened up to seniors 75 and over a few days earlier, but the Centers for Disease Control and Prevention suggested states lower the age restriction as a response to the mutated UK strain infiltrating countries throughout the globe.

“The UK strain is the X factor. The federal government, CDC says the reason they’re moving up the population to 65-plus is because they’re afraid of the UK strain,” Cuomo said Tuesday after revealing 12 such cases have been detected in the state. The country has reported 80 cases.

The state Phase 1b expansion was initiated earlier than its projected February start date. Phase 1c includes those with certain underlying health conditions and other essential workers, both as determined by the state, and is expected to begin in March or April. All other people are placed in Phase 2, which is likely to begin sometime in the summer.

To aid in speedier inoculations, the city launched several Vaccine Hubs, one of which is at Hillcrest High School in Jamaica [see separate story on page 2 or at qchron.com]. Though it doesn’t operate 24/7 like the megasite at Citi Field, it also has the goal of administering between 5,000 and 7,000 shots a day; the hub is open seven days a week from 9 a.m. to 7 p.m.

There is a bountiful number of sources available to aid individuals in reserving an inoculation appointment — the city utilizes vaccinefinder.nyc.gov for locating nearby sites, while the state launched a Vaccinate Hotline Monday, which can be reached at 1 (833) NYS-4VAX (697-4829). Individuals can also check their eligibility by completing an online state DOH survey at am-i-eligible.covid19vaccine.health.ny.gov.