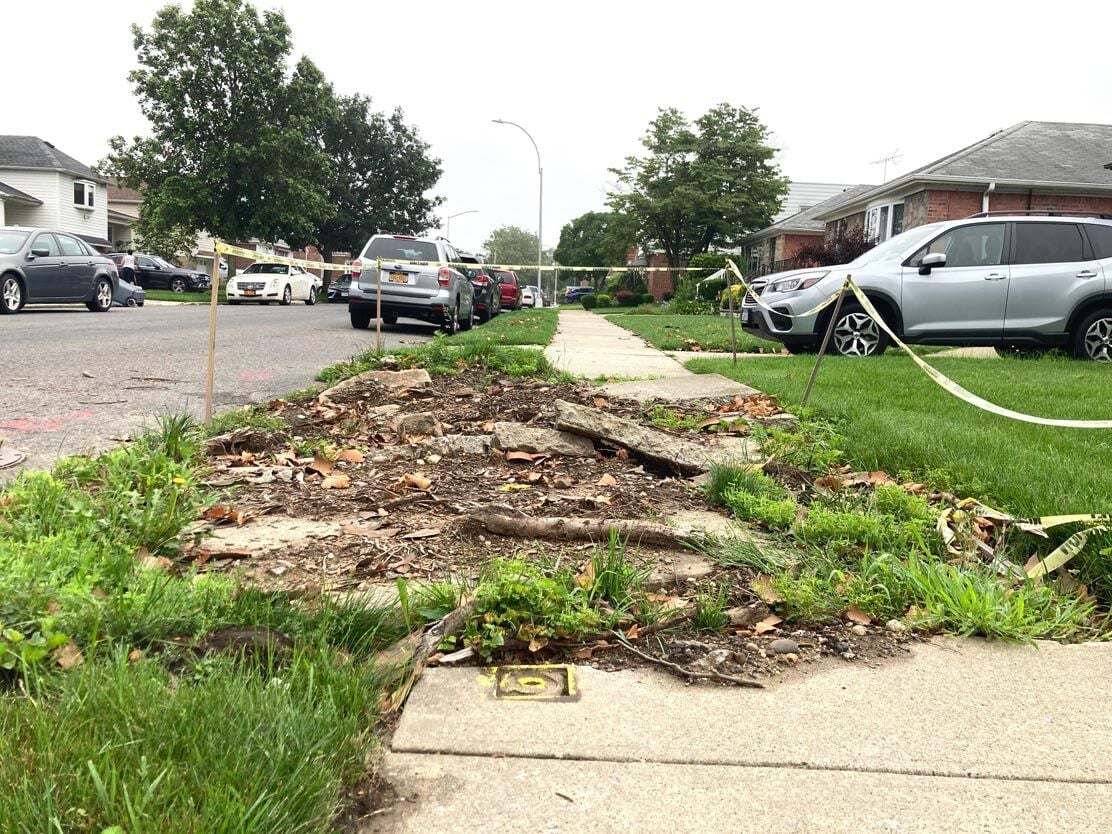 Elected offi cials called on the city Tuesday to fi nally take action and repair sidewalks throughout Queens that were destroyed from last year’s hurricane. Many locations, such as 24th Avenue in Whitestone, above, are closed off by a strip of yellow caution tape. 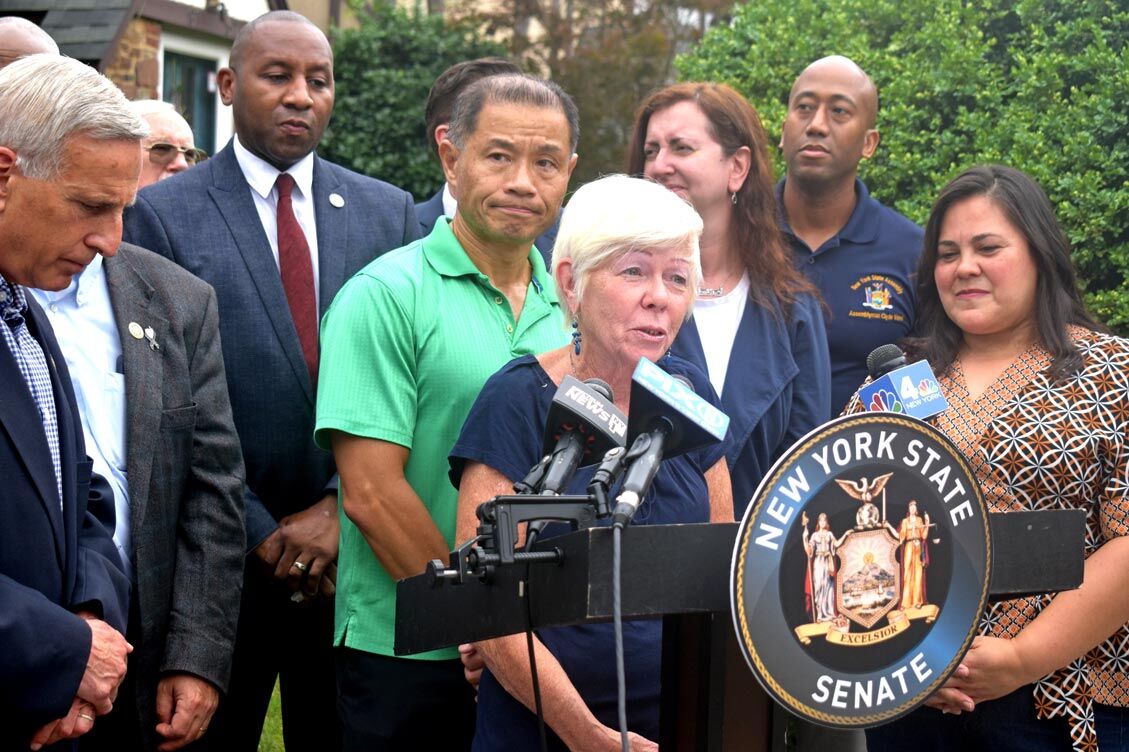 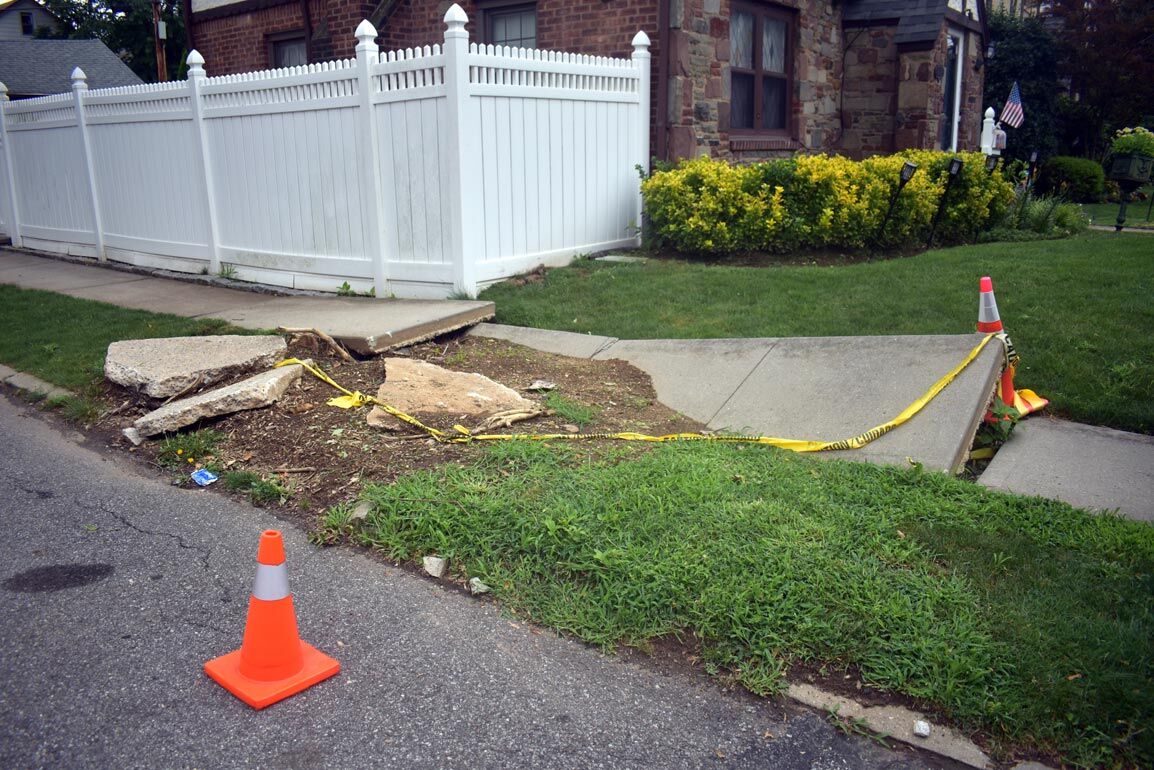 Elected officials called on the city Tuesday to finally take action and repair sidewalks throughout Queens that were destroyed from last year’s hurricane. Many locations, such as 87th Road in Bellerose, above, are closed off by a strip of yellow caution tape.

Elected offi cials called on the city Tuesday to fi nally take action and repair sidewalks throughout Queens that were destroyed from last year’s hurricane. Many locations, such as 24th Avenue in Whitestone, above, are closed off by a strip of yellow caution tape.

Elected officials called on the city Tuesday to finally take action and repair sidewalks throughout Queens that were destroyed from last year’s hurricane. Many locations, such as 87th Road in Bellerose, above, are closed off by a strip of yellow caution tape.

It’s almost been one year since Hurricane Isaias hit New York City, took out power for days and tore trees from their roots, but plenty of sidewalks throughout Queens look as though the storm ravaged them yesterday.

“We know that if this was in Manhattan, the issue would be fixed already. The outer boroughs, the last I checked are the real boroughs, so get this done,” Queens Borough President Donovan Richards said at a July 13 press conference to demand the city take responsibility for what he called a public safety hazard.

State Sen. John Liu (D-Bayside) called the Tuesday press conference in Bellerose as a “last resort” after he spent months calling on the city to repair broken pavement sprinkled across his district. Shattered sidewalks can be found there, as well as in College Point, Whitestone and Flushing separated from the public only by caution tape.

Kathy Parent’s Bellerose home, where the event was held, lies alongside 87th Road, where a tree was ripped from the city-owned grass space last August during the storm. The roots shredded the concrete, which has been left untouched since the city Parks Department removed the fallen tree months ago.

“I take pride in maintaining my property to the best of my ability, so I am very distressed by the fact that my sidewalk exists in this horrible condition, but more so dangerous condition,” Parent said, adding that children have attempted to ride their bikes over the mess.

Parent said she wouldn’t consider fixing the sidewalk herself and then billing the city for reimbursement because she believes she would end up waiting 20 years for the check. She said she replaced the sidewalk herself several years prior and refuses to put more money into it, especially when it is the city’s responsibility.

“Kathy, we know if the shoe was on the other foot, if this was your responsibility, every single person the city could send to find you would be here by now, so this is really about ensuring that the government practices what it preaches,” Richards continued.

According to Liu, the city promised to address the problem in the spring when the weather was warmer, but summer is halfway finished and he hasn’t seen any changes across Eastern Queens.

That morning, Mayor de Blasio was asked by reporters if he was aware of the situation and what action he would take to ensure the homeowners would finally see relief after a year.

“We’ll get to work on it immediately,” the mayor responded. “It really bothers me to hear that this much time has passed and anyone isn’t getting the help they need. So, we will expedite that.”

De Blasio said it seems to be a situation in which the city departments of Transportation and Parks are blaming each other for the lack of response, despite Parks clearing the fallen trees in the months following the storm.

“We’re not trying to go to Mars. We’re not plunging the deepest ocean depths, we are talking about some sidewalk,” City Councilmember Barry Grodenchik (D-Oakland Gardens) said. “What the heck is going on here?”