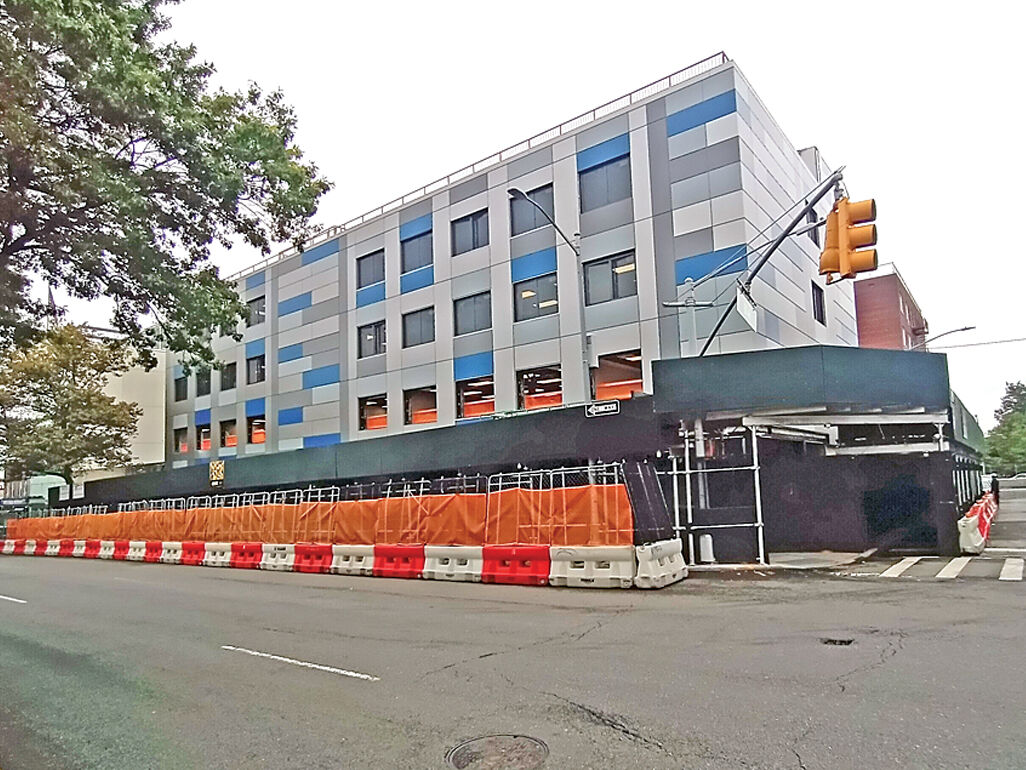 Renovations that will convert the building at 138-50 Queens Blvd. in Briarwood to a men’s homeless shelter are well underway. Elected officials, city agencies and the shelter operator assured residents last Thursday that security is a paramount concern, but many people still voiced doubts. 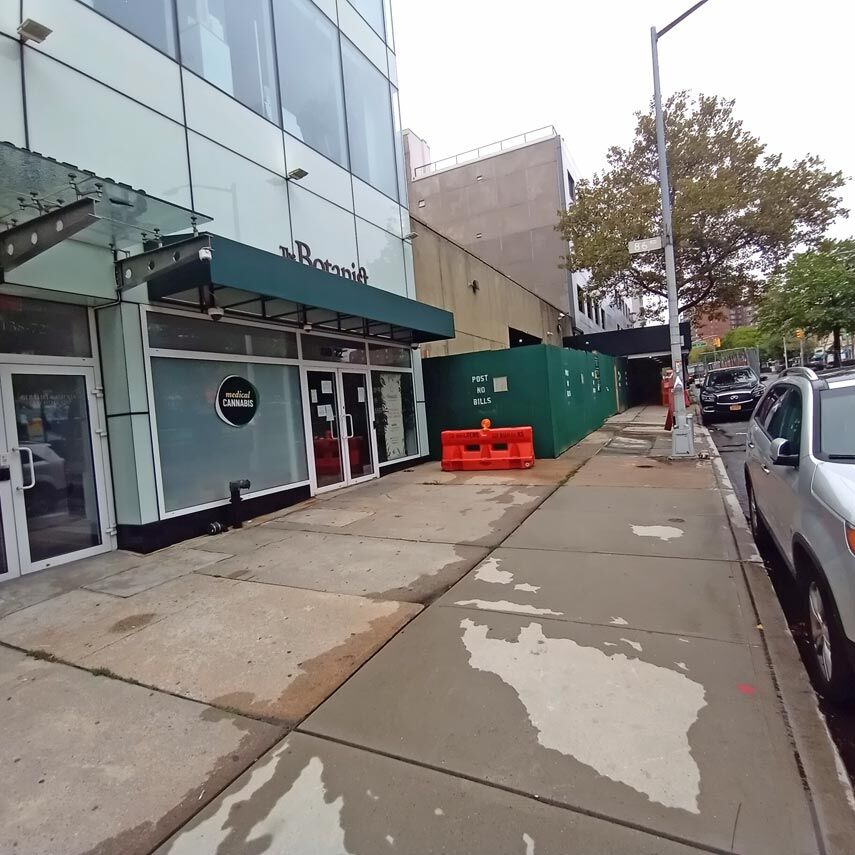 Residents have questioned the wisdom of placing a shelter near a medical marijuana business, foreground, and a nearby liquor store.

Renovations that will convert the building at 138-50 Queens Blvd. in Briarwood to a men’s homeless shelter are well underway. Elected officials, city agencies and the shelter operator assured residents last Thursday that security is a paramount concern, but many people still voiced doubts.

Residents have questioned the wisdom of placing a shelter near a medical marijuana business, foreground, and a nearby liquor store.

Briarwood residents living near a homeless men’s shelter scheduled for opening in 2023 are still not in full welcome-wagon mode following a meeting on Sept. 8 with city officials and representatives of facility operator Westhub.

The four-story building at 138-50 Queens Blvd. was placed under contract during the de Blasio administration and now is undergoing a massive renovation. The virtual meeting, hosted by Councilman Jim Gennaro (D-Hillcrest), served to take questions and comments from residents and business owners; and for the city Department of Homeless Services and Westhub to detail how they will handle security onsite and in the neighborhood.

Gennaro and others have been critical from the start, saying de Blasio’s people never involved any neighborhood officials or residents in the process.

“There were a lot of concerns out there about this facility,” Gennaro said. “We had some help from the Adams administration, something that we did not have with the de Blasio administration. They were open to some of the concerns of the community.”

The contract with Westhab originally called for 175 men with no age restriction. The Chronicle reported exclusively in August that the company and the DHS, after negotiations with Gennaro’s office, agreed to restrict the population to men age 55 and older. One motivation is than an older population may have aged out of some community concerns that accompany younger men.

“With the changing parameters, we hope this will be a more reasonable population,” state Sen. Leroy Comrie (D-St. Albans) said in a brief visit to the meeting.

Gennaro said despite what he has called a major concession on the city’s part, some residents still will not be satisfied, as a shelter — this one with 177 residents — will be coming as a contract has been signed.

“We are a right-to-shelter city,” said Molly Park, first deputy commissioner at the Department of Homeless Services.

“We have a legal obligation and a moral one to house the city’s most vulnerable folks,” said Marricka Scott-McFadden, deputy commissioner for intergovernmental affairs at the Department of Social Services.

Gennaro said a community advisory group for the shelter will be established.

Valerie Smith, vice president of New York City shelters for Westhab, and Nick Orluk, an assistant vice president, said they have a history of being good neighbors and a vested interest in doing so.

Residents asked about the DHS/Westhab screening processes and the services that will be offered on-site. Some residents say they already have a problem with vagrants in the neighborhood.

The building’s garage is physically attached to a building owned by Gerald Caliendo, which houses his architectural firm.

Caliendo said his building has suffered a steep drop in value since the shelter deal was announced last year. He also said his firm’s employees, including many women, can work late hours.

“My first concern is security for my employees,” Caliendo said. “Homeless people are already roaming around ... They’re sleeping in my doorway every day. This neighborhood already has a problem with security.”

Caliendo also pointed out that the number of residents already has increased from 175 to 177.

“If there is a 55-and-over restriction, will the number stay that way?” he asked. “Could the next administration change that?”

Caliendo’s building also houses a medicinal marijuana business where customers must present official, approved cards to make any purchase; but another resident said there also is what appears be an illegal recreational weed business a few blocks away, and a liquor store nearby.

Some residents of the Briar Wyck apartment complex, which shares the shelter’s entire rear lot property line, asked how they would be protected from shelter residents congregating on the rear of the property.

Orluk said Westhab’s aim is to make the surroundings therapeutic for residents and to provide case management and employment services — and a transition to permanent housing when possible.

“Our goal for everybody is always permanent housing,” Smith said.

Residents could range from those with behavioral problems to men who are “straight-up economic homeless.”

Sgt. Christopher Burke, supervisor of the Neighborhood Coordination Officer program in the 107th Precinct, said he will meet and remain in contact with the staff.

“From the beginning, we can minimize issues if the community works together,” Burke said. “Briarwood is very well-traveled by my officers.”

Smith and Orluk said there is 24-hour on-site security made up of Westhab employees rather than a contractor.

Orluk said points of contact for community members will include 24/7 cell phones carried by supervisors on-site. He added that security staffers go off-site for “perimeter” checks, and will be dispatched farther away if they receive an active complaint that might involve residents.

Gennaro said he can provide an outside camera for the NYPD from his discretionary budget.

“I will take them at their word,” Gennaro said. “I will hold them to their word.”