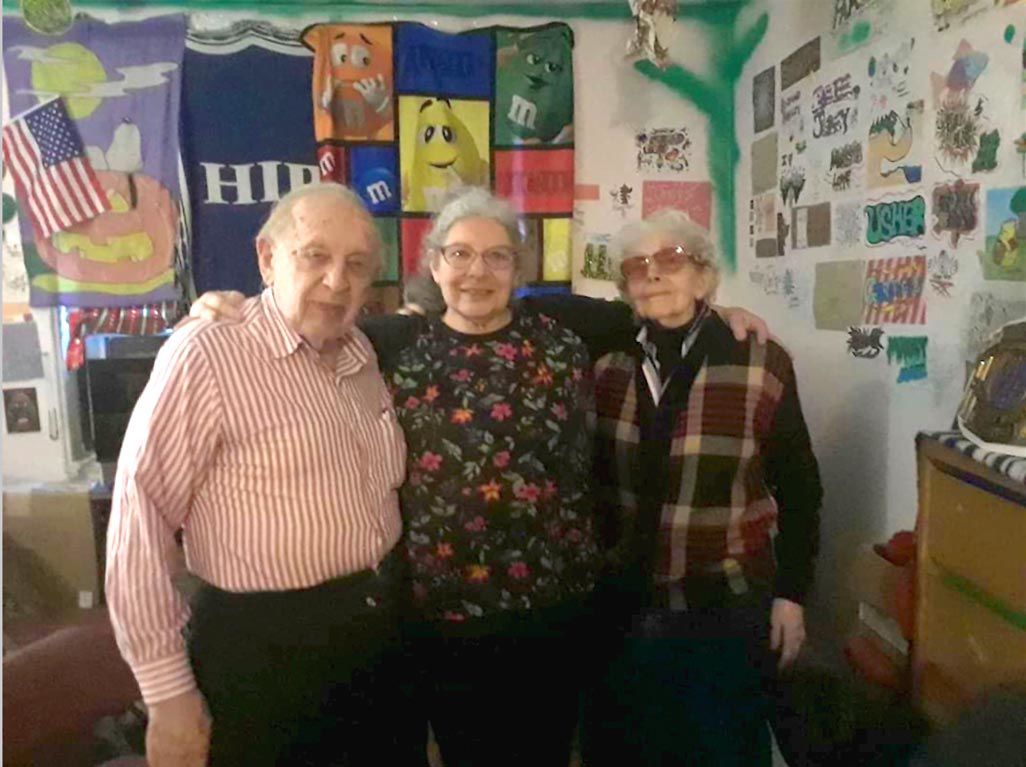 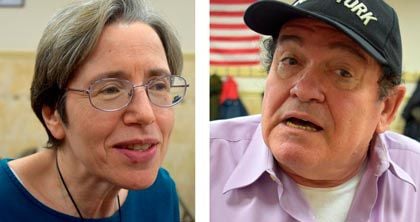 Pamela Grey and Gene Friedman, the senior citizens are mostly not optimistic about the state of politics and policy as the year 2020 arrives.

Pamela Grey and Gene Friedman, the senior citizens are mostly not optimistic about the state of politics and policy as the year 2020 arrives.

The start of a new year — especially when it kicks off a new decade — is usually a time of optimism, when a lot of people make personal resolutions, anticipate making the world a better place and plan for a happier future.

That’s not entirely the case this time around, if a small sampling of the borough’s senior citizens is a valid indication, with many doubting that their hopes will come to fruition in 2020.

Of utmost concern to many is the country’s political climate.

President Trump’s impeachment in the House of Representatives got East Elmhurst’s Melanie Lee thinking that she’d “like to see him removed — and quickly. We have a situation where the powerful in this country speak against certain ethnic groups, where a certain minority is used as a scapegoat to rally people.”

Lee alluded to the “separation of families,” and how “some of the kids have gotten sick and died and women have miscarried babies.”

The situation, she said, is reminiscent of some of the atrocities that took place in concentration camps in the 1940s.

Lee is dismayed that “so many people are supporting [Trump] stubbornly. They’re not looking at his behavior. I’m not sure if he will be impeached.”

Also among her wishes is “a better economy where people receive better wages and have a little extra for some fun.”

Indeed, she said, “Greed has become a value in certain circles.” While feeling “overwhelmed,” she does not plan to give up. “We have to keep hope alive and be part of the solution,” she concluded.

Lee’s allusion to the Holocaust is a connection also drawn by 89-year-old survivor Andrew Spitz of Kew Gardens Hills. Sharing his wish for “more acceptance” among all people, he regretted the “increase in anti-Semitic incidents. I hope we can come to grips with each other.”

Openly sobbing, he added, “I was taken to a concentration camp. My only sin was I was Jewish.”

But he remains optimistic about the future, hoping that “the 21st century will bring mankind to its senses.” And he’s beginning to see signs that it’s happening, pointing to presidential candidate Pete Buttigieg, the mayor of South Bend, Ind.

“It was unacceptable years ago for an openly gay man to run for president,” Spitz said. “Now we accept it. There is definitely a change in the world.”

His daughter, Judith Berman of Forest Hills, said she is alarmed and disheartened to see an increase in violence against Jews and seniors. I hope we can live in peace and safety.”

Not as optimistic as her father, Berman expects it will be “an uphill battle. There’s more disharmony and disparity, a lot of political and social distress.

“We’re trying to fight to make the world a better place,” she said. “Things are unraveling and imploding. We need leadership to bring people together.”

She would like to see people “really trying to respect each other and value life. We should try to help one another, not just look for what we can get.”

She looks forward to a world which will “not have ultra-rich and people dying in the streets,” suggesting that “by helping others we help ourselves.”

Similar thoughts were expressed by Debbie Vogel, a resident of Rego Park, who would like to see people learn from the past and forgive others.

She hopes the country “becomes a safer place and that children don’t have to fear there will be a shooting at their school. It’s far too easy for an unstable person to get a gun.”

It is unfortunate, she says, that “there’s too much greed and hate. I’d love it if the people in power would end the homeless problem, finding affordable housing and jobs for people in need.”

Pamela Grey of Forest Hills would like to see “a more civil tone in politics” and an end to what she considers the current administration’s penchant for “putting forth policies through negative tweets.”

Like Lee, she also ponders Trump’s future, saying, “I think he will not be removed from office by the Senate,” adding, “I believe the nation will come to its senses and defeat him in 2020.”

One of the few individuals who spoke out in support of Trump, he said the ongoing efforts to remove him from office are because of “simple jealousy. Being a billionaire is not a crime. Jealousy is a sin. There are a lot of sinners.”

All his life, he said, he was a Democrat, but “now I can’t stand them [because of] the way they behave.”

But, he concluded, “I believe things are going to get better,” suggesting that “nobody’s going to do it for us. All of us together can do it.”