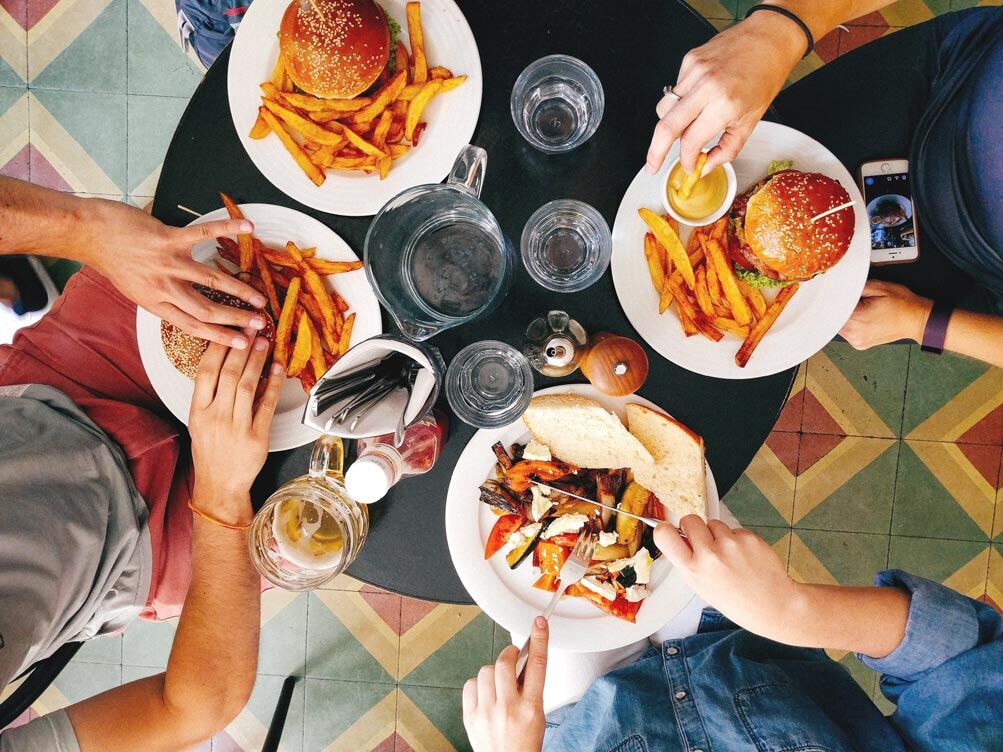 Nearly three dozen restaurants in the borough are participating in this year’s Restaurant Week promotions. Some are regulars. Some see it as a change to help come back from the fi nancial ravages of Covid-19. 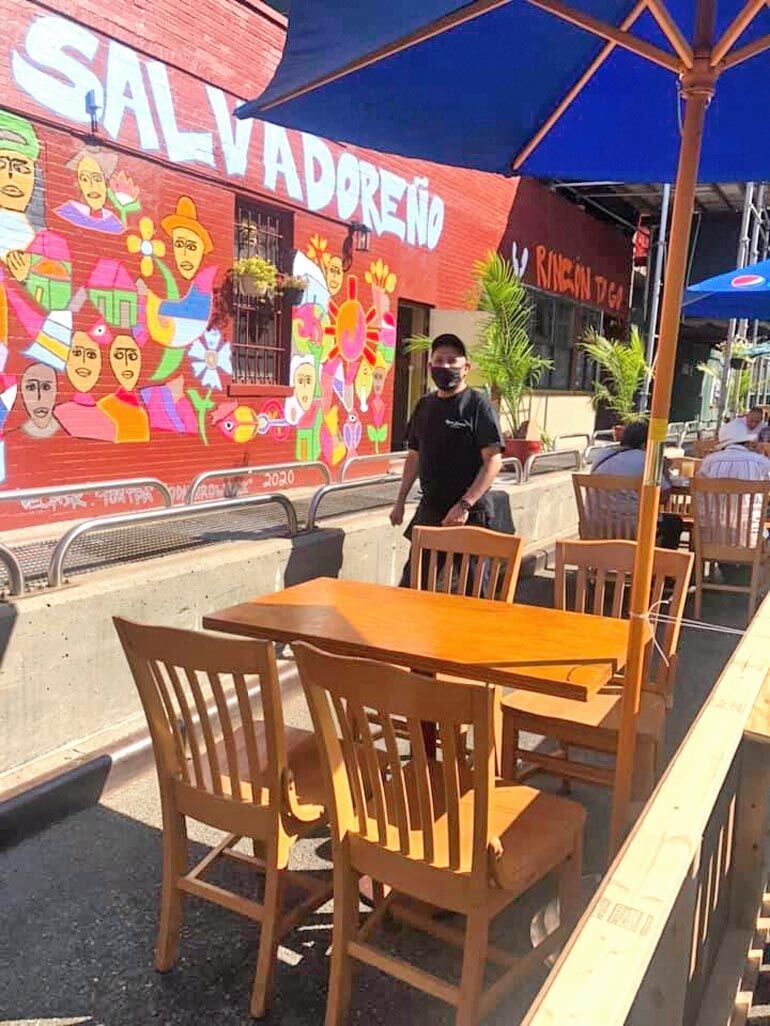 Rincón Salvadoreño in Jamaica is participating in all five weeks of NYC’s summer Restaurant Week. 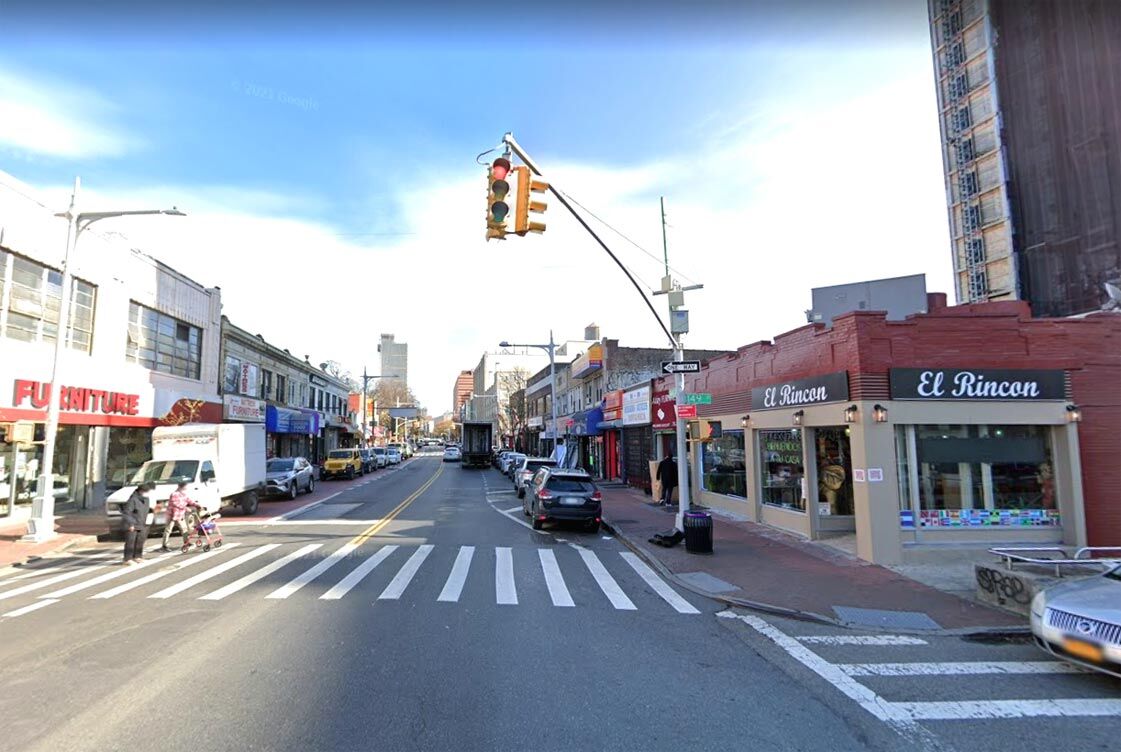 Dozens of restaurants in Queens, including Rincón Salvadoreño in Jamaica, above, are participating in the city’s Restaurant Week — which is actually more like a month, running from July 19 to Aug. 22. Patrons will get special deals and eateries hope to get a much-needed boost after the crisis of the coronavirus economy.

Nearly three dozen restaurants in the borough are participating in this year’s Restaurant Week promotions. Some are regulars. Some see it as a change to help come back from the fi nancial ravages of Covid-19.

Rincón Salvadoreño in Jamaica is participating in all five weeks of NYC’s summer Restaurant Week.

Dozens of restaurants in Queens, including Rincón Salvadoreño in Jamaica, above, are participating in the city’s Restaurant Week — which is actually more like a month, running from July 19 to Aug. 22. Patrons will get special deals and eateries hope to get a much-needed boost after the crisis of the coronavirus economy.

More than 500 restaurants throughout the city will be participating in Restaurant Week this year, and 31 are from Queens.

The program, which will span five weeks this year, originally began in 1992 as a celebration of New York City dining, but this year the mission has changed. Following the pandemic, those participating in the program see it as an opportunity to make up for lost time.

“Queens is home to the best cuisine from across the globe, but beyond just satisfying our taste buds these small businesses create jobs and opportunity throughout our borough, especially in immigrant communities,” Tom Grech, president of the Queens Chamber of Commerce, told the Chronicle. “Sadly, restaurants have been devastated by the pandemic. Too many have closed their doors to customers for good and those that have survived are hanging on by a thread.”

The Chamber estimates that of the 6,000 Queens small restaurants that existed before the pandemic, roughly 1,000 have closed their doors for good. The five-week program is a perfect opportunity to lift up the 5,000 that have survived, Grech said.

“Order an extra appetizer and dessert — you’ll be helping local businesses get back on their feet,” he said.

The program will run from July 19 through Aug. 22 and offers an abundance of steals and deals to customers in exchange for spending their dollars at area eateries. Reservations for Restaurant Week can be made by visiting nycgo.com/restaurantweek. It is the second Restaurant Week of 2021; the first, which was takeout-only, took place in January during the throes of the pandemic.

Some restaurant owners opted to participate in the 29-year-old program for the first time because it was offering free participation for the first time, while others are driven by the need to boost sales. If it weren’t for the pandemic, Elena Barcenes wouldn’t have signed up.

“It’s been an uphill battle,” Barcenes, the owner of Rincón Salvadoreño in Jamaica, said. “We have a good reputation, we’re known for homestyle cooking, [but] if we didn’t have those [government] grants we wouldn’t have survived.”

Barcenes closed the Salvadorian restaurant in March 2020 when the pandemic first struck and stayed closed for seven months. She suffered an 80 percent revenue loss.

The flip-flopping regulations made the situation worse when she decided to reopen. Gov. Cuomo allowed capacity to increase last winter before dropping it back down after Covid cases hit a peak. Barcenes described the constant uncertainty as “treacherous.”

By participating in Restaurant Week, Barcenes is hoping to attract customers from Jamaica and nearby. While she’d love to become more popular throughout the borough, Barcenes is primarily hoping to re-establish a base of regulars.

“We have survived many, many eras,” Barcenes said of the 40-year family-owned restaurant. “Decades of changes. We’re here and we have good food.”

Unlike Rincón Salvadoreño, London Lennie’s in Woodhaven would have participated in Restaurant Week whether there had been a pandemic or not.

Owner Les Barnes had always seen the program as an opportunity to boost sales, and has participated as many as five times, but sees this year’s five-week event as a chance to crawl towards normalcy.

“Queens Restaurant Week is an opportunity to put something out there that you’re not doing on a regular basis,” he said “It’s not just great for new customers, but our regular customers get to try something new and different.”

London Lennie’s took a 65 percent revenue hit over the last 16 months. Barnes pointed out he also spent tens of thousands on outdoor seating equipment, such as tents, heaters, lighting and seating, which he is hoping to see a return on.

To attract customers, London Lennie’s is offering a special three-course dinner menu during Restaurant Week, which Barnes is hopeful will attract a whole slew of customers from Queens and Brooklyn, particularly, who haven’t had a sit-down meal out in a long time. Takeout eateries reigned supreme during the pandemic, he said, while establishments such as his were hindered.

“We’ve been here for 62 years. Queens is changing and we want Queens and Brooklyn people to come out to us and see us,” Barnes said.

Johnson Chen, owner of MoCA Asian Bistro in Forest Hills, is viewing the program as an opportunity to celebrate the eatery’s survival.

“The city reopening is a homecoming,” Chen said.

Despite losing 30 percent of revenue during the past year and closing for three months, Chen took time during the pandemic to prepare for MoCA’s eventual reopening.

MoCA’s participation in Restaurant Week is also a representation of the Asian community, Chen said. MoCA’s survival and re-emergence as a strong establishment pays tribute to the community’s resiliency, despite its being treated as a scapegoat for the pandemic.

The remodeling is still ongoing, and customers can expect to see small changes over the course of the next few months, but Chen is excited to welcome them inside. The private party rooms, which have always been a selling point for the Asian restaurant, are ready for use and begging to be filled.