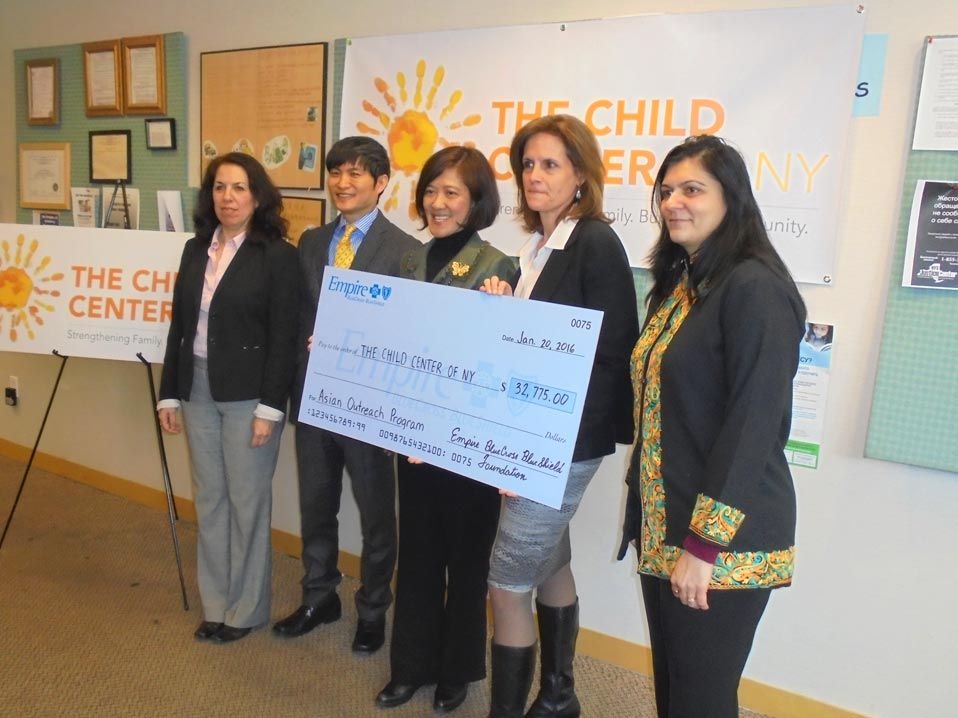 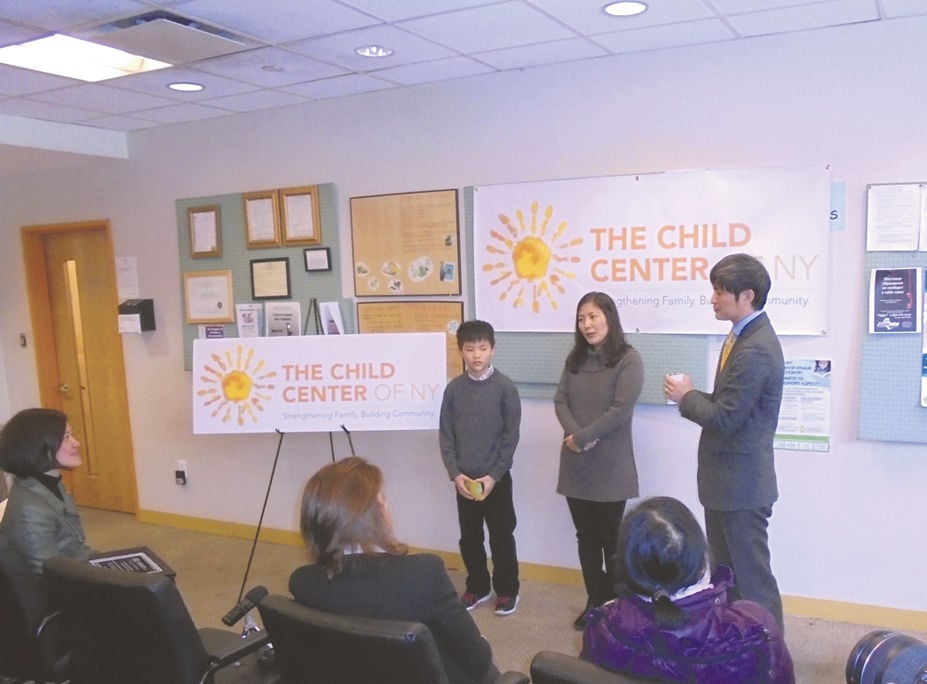 David Song speaks of his experiences at the center alongside his mother, Hui Joo Song, and Anderson Yoon.

David Song speaks of his experiences at the center alongside his mother, Hui Joo Song, and Anderson Yoon.

Not long ago, David Song couldn’t talk to his classmates or teachers.

It’s not that the David wasn’t smart — he was in the city’s Gifted and Talented program, a rigorous academic curriculum for exceptional students. But he suffered from social anxiety and selective mutism, conditions that left him unable to talk to most people.

Then he met Anderson Yoon, a project director for the Asian Outreach Program at The Child Center of New York. With Yoon’s help, he was able to work through his fears.

Last week, Song stood in front of a room full of strangers at The Child Center in Flushing, where he delivered a speech recounting his experiences.

“As we practiced speaking together, slowly I was able to feel more comfortable talking to kids,” he said. “Dr. Yoon made me talk, helped me feel brave and take challenges.”

Song is among the thousands who have found help with The Child Center’s Asian Outreach Program since it launched in the early 1990s. Clinic locations in Elmhurst and Flushing offer on-site services for children and adults, including mental health and substance abuse services. Counselors are also sent out into the community to places like schools, to work with families.

Last Wednesday, the Empire BlueCross BlueShield Foundation awarded The Child Center a grant of nearly $33,000 to help support the program. The money will be used to help provide mental health screenings, counseling and other services to an estimated 225 Asian-American students living in poverty who go to public schools in Queens.

“This is a wonderful opportunity for us to ensure Asian-American children in Queens have access to services that will help them grow to be healthy, happy adults,” said Stella Aquino, the director for New York actuarial valuation at Empire BlueCross BlueShield.

The need for these services continues to expand as Asian Americans are among the fastest-growing ethnic groups in New York City. And experts say newly immigrated children face significant risks for mental health and substance abuse issues.

Reshma Shah, a project director for the outreach program in Elmhurst, said these children often face challenges associated with assimilation and adjusting to life in a new country.

“It’s really stressful coming to a new environment and adjusting to everything —the food, the language, the culture,” she said.

Despite the growing Asian-American population, there remain very few mental health agencies with services tailored to the community. Studies have shown that Asian Americans are also less likely to seek mental health treatment than other groups, in part because of the stigma that is attached.

That is where the Asian Outreach Program steps in. Recognizing that people might not be ready to walk into a clinic, they send counselors to places like schools, meeting children and families in places where they feel comfortable.

“There is a need for us to bridge the barriers and de-stigmatize the need for help,” said Traci Donnelly, CEO and executive director of The Child Center. “We find that with all of our children, but we are particularly focused in these areas, to bridge that gap with the Asian community.”

For David, the help started small — introducing himself to counselors around the clinic or reading a book out loud in the The Child Center’s lobby. Then Yoon gave him a “special mission” to talk to other children at a playground.

“He’s still a shy child, but now he’s able to talk to others,” his mother, Hui Joo Song, said.